More Parables for Our Time 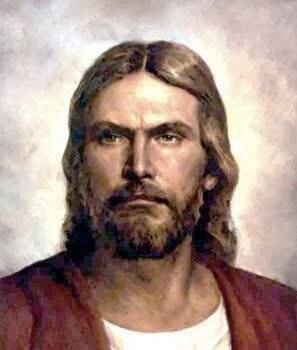 5. Jesus replied, “A man was going down from Jerusalem to Jericho, and fell into the hands of robbers.  Fortunately, the man from Jerusalem was no fool and was carrying a big wooden club.  So he beat the robbers senseless.  Just then, a Samaritan came by to help him.  6. The man said to the Samaritan, “Don’t worry.  They got what they deserved.” Later, though, the robbers’ friends waylaid the man.  Together they had four clubs, so they beat up the man from Jerusalem.  7. Immediately the Samaritan, who had now learned a lesson, ran away, and sold his field, and with the money he purchased ten clubs.  8. The Samaritan armed his entire family, including his wives, his sons, his slaves and all his cattle and sheep.  Among his heavily armed family was his elder son, who was angry at his father for not treating him as well his younger brother, who had spent all his money on loose living and had returned and was given a feast.” 9. “Lord, I’m getting confused,” said the lawyer.  “Weren’t we talking about being a good neighbor?”

10. “Let me finish,” said Jesus.  “The father knew that his son was angry, and potentially dangerous, so the father purchased an even bigger club that he hid under his bed.  11. That night, when father was asleep, the son came to father to apologize for being envious. The father, thinking it was a robber, hit him over the head. 12. Now which of these three, do you think, was a wise person?” said Jesus. 13. The lawyer said, “Actually, none of them.  If the father hadn’t brought those weapons into his house, then no one would have gotten hurt.”  Jesus was grieved at the lawyer’s blindness.  14. “You’re missing the point.” Jesus said. “It’s a violent world out there, and my advice is to purchase as many clubs as you can.”  The lawyer was sad, for he was a peaceful man.  15. “Lord,” he said, “are you saying I should be like the Samaritan who has a houseful of weapons?”  “Yes,” said Jesus. “Go and do likewise.  And while you’re at it, buy me a club too.”

The New Sermon on the Mount

1. When Jesus saw the crowds, he went up the mountain; and after he sat down, his disciples came to him. Then he began to speak, and taught them, saying: 2. "Blessed are those who know how to defend themselves, for they will be secure. Blessed are those who arm themselves, for they will not be sorry.  Blessed are those with one club, for they will be safe.  3. How much more blessed are those with two clubs, for they will be able to win a fight with those with one club.  4. Let the one who has two clubs buy four, and the one who has four buy ten.  Let them increase clubs a hundredfold and a thousandfold.”  4. “But woe to you with no clubs, for you are asking for trouble. Woe to you who don’t arm yourselves heavily, for you’re just begging for people to steal your stuff. And I say, woe to you peacemakers, for you are wasting your time.”  5. The disciples were amazed.  “Lord,” said Nathaniel, “Did you just say ‘Woe to the peacemakers?’  The last time you spoke on the Mount, you said they were blessed.”  6. “I changed my mind,” said Jesus. “Trying to make peace is impossible.  Consider the world around you.  Look at the beasts of the field.  Do they not fight?  Do they not tear each other apart with their sharp teeth?  7. It’s super dangerous.  Do you think anyone can make peace?  It’s a waste of time.”  8. The disciple whom Jesus loved said, “Lord, did you not tell us to love our enemies and pray for those who persecute us?”  9. “I’m re-evaluating that too,” said Jesus.  10. The crowd began to murmur.

“Quiet!” said Jesus, rebuking them with a word.  “Look,” said Jesus, “talking about peace and nonviolence is fine until someone asks for your cloak, which is exactly what happened to me yesterday.  11. A beggar tried to take my cloak.”  The disciples waited on his word.  “Do you know what I did when he tried to take my cloak?” said Jesus.  13. James answered, “Lord, did you give him your cloak and some food as well?”  “Are you kidding?” said Jesus, who was angry.  “How long must I be with you?  I beat him with my club.  14. That will teach people to try to take my clothes.  That cloak cost five talents.”  The disciples were filled with confusion and wondered what sort of teaching this was.  15. “Lord, how can we accept this teaching?  It seems a violent way to live.” they said.  “What about turning the other cheek?”  Jesus looked at them with pity.  16. “Accept it or not,” he said.  “All I can say is: Don’t be a wimp.”

1. While Jesus was speaking, Judas, one of the twelve, arrived; with him was a crowd with swords and clubs, from the chief priests and the elders of the people.  2. Now, the betrayer had given them a sign, saying, "The one I will kiss is the man; arrest him." At once he came up to Jesus and said, "Greetings, Rabbi!" and kissed him. Jesus said to him, "Friend, do what you are here to do." 3. Then they came and laid hands on Jesus and arrested him. 4. Suddenly, one of those with Jesus put his hand on his sword, drew it, and struck the slave of the high priest, cutting off his ear.  5. Then Jesus said, "Good job!  Cut off his other ear, too.”  The disciples were amazed.  But Jesus only repeated more loudly, “Cut off his other ear!”  The disciples were shocked.  6. “Lord, didn’t you say, ‘All who take the sword will perish by the sword’?

7. Jesus said, “That was before I noticed that everybody else was armed to the teeth.  How else will we be able to protect ourselves?  Now I think that everyone needs free access to clubs, knives, swords, pretty much anything to defend themselves.  8. It’s a dangerous world out there.  Even this garden isn’t safe.”  Jesus looked at the disciples with pity, for they still did not understand.  9. “Wake up,” said Jesus.  “Rome is corrupt and is likely to invade your houses.  There are lots of brigands around too.  Plus, the end of the world is coming, at least some time.  That means every disciple for himself.”  10. “Lord,” said Peter, “you don’t sound like yourself.”  “Well, maybe I’ve gotten smarter,” said Jesus.  “I’m tired of being a sucker.”  Judas smiled.  11. Jesus said, “Now, cut off his other ear.” So Peter took out his sword and cut the man’s ear off.  Jesus said, “Finally.  12. Where can I buy more swords?”

James Martin, S.J.
@jamesmartinsj
Show Comments (
6
)
Comments are automatically closed two weeks after an article's initial publication. See our comments policy for more.
Cristián Guerra
9 years 9 months ago
Harsh... Great! Hope it move us to think about "normal" logic.
Molly Roach
9 years 9 months ago
This is exactly the logic which confronts us. Thank you for the clear illustration.
Thomas Iraneaus
9 years 9 months ago
If this isn't the silliest piece I've read in a while, I couldn't contain my laughter at the absurdity of such a commentary. If you're trying to reason with people from either side, you need to reason and not create false dichotomies where no understanding will take place. You won't convert hearts from either side with this attitude, and you'll just invite them to ridicule your position as you've exceedingly done well with their position. It doesn't surprise me why people can never understand each other.
Libby Weatherfield
9 years 9 months ago
It may be that the superior way, the way true Christians are supposed to act, is to be pacifist. I am not sure I have it in me should I witness an attack on a child or anyone else. I am not sure I wouldn't fight back if attacked. But I can see that if we just accepted our physical weakness and took whatever may come, turned the other cheek, we could enter the Kingdom as martyrs. I am not sure the world would be a better place if it simply consisted of human predators and prey, with no one willing to fight back. I am not a gun owner.
William Agnew
9 years 9 months ago

Are you joking? Have you read your holy book?

Jesus already has a sword. It's sticking out of his damn mouth and is going to smite the nations. Please see Revelation 19:15.

This in addition to the sword he brings specifically to destroy peace as he tells us in Matthew 10:34.

Mangod's already got two swords. He's scything us down with them one by one with the help of people like you.

Your commentary is sickening in its obtuseness and ludicrous in its catastrophic misunderstanding of the scripture.

Craig Einhorn
9 years 9 months ago
Are we to take everything the bible says literally even after its been translated from a foreign language? Shall I take on a few slaves as was the custom in biblical times. The bible says its ok in many places. The point of the article is that Jesus was a pacifist. I would bet most of the NRA members are Christians. Their support of guns is like Jesus supporting clubs.