Thanks a lot for your wonderful article. It strikes me because it’s based on a life journey, not an intellectual black or white / good or bad demonizing-the–other simplistic fight over arguments. I remain however puzzled on why so many pro-life committed Christians seem so less enthusiastic, to say the least in some cases, in fighting for other social issues of the pro-life teachings of the Church (e.g. the death penalty, arms trade, debt relief to third world countries, the lies of the anti-terrorist propaganda, social and economic rights, the plight of the poor, migration issues and so forth). Again: do we really embrace the teachings of the Church as a whole? Or are we retaining the pick and choose mentality while showing ourselves self-righteously pro-life? What do you think of this?
Mario Almeida, SJ

Jennifer, thank you so much for this excellent and thought-provoking article. As a Catholic activist and a radical, I often deal with issues of imperialism, violence, economic oppression, and racism, and in these issues I have often worked closely with people who stand â€œacross the picket lineâ€ from me on the issue of abortion. Many of my friends work as clinic escorts, convinced that pregnant women who are seeking abortions need protection from the violence of pro-life protesters more than they need protection from the violence of the abortion. The result is an absolute and irrevocable polarization into two "camps:" in their perspective, a crowd of insane, angry and dangerous people waving bloody signs; against the committed, brave and reasonable people who protect innocent women and their reproductive rights. This has made me extremely leery of describing myself to any of these friends as a "pro-lifer"; indeed, it has made me hesitant even to have the conversation. I have had people refuse to work with me in anti-war or anti-racism projects because I am pro-life. Similarly, I have had members of the pro-life movement refuse to include me in their pro-life work because I am outspoken on issues that they find objectionable: my opposition to the United States government’s imperialist motives in Iraq, for example. It is hard for either â€œcampâ€ to recognize that ALL of my political ideas are rooted in one single, consistent commitment to Gospel nonviolence. I am sure you still have many friends and colleagues who are pro-choice, and I imagine there are many who have similar experiences. So, my question for you is this: in stating your pro-life and religious commitment, particularly publicly and in print, how do you handle the very real suffering and violence experienced by people on both sides of this debate? And, like me, do you find yourself questioning whether either "movement" has room for you? Thanks.

Father Mario: I agree that it’s critical that we fight for all pro-life causes. I think that if some people seem to be focused on the issue of abortion more than other issues, it’s because there’s something unique going on in this case in that there is a large number of people who are classified by our society as "not human." In my limited time I am not prepared to address whether it’s right or wrong to prioritize the anti-abortion cause higher than other pro-life causes, but I can see how that situation would stand out in some people’s minds as the one of the most urgent battles to be fought. But, again, I agree that we must not lose sight of all the other pro-human-life teachings of the Church.

To Megan, you asked: "In stating your pro-life and religious commitment, particularly publicly and in print, how do you handle the very real suffering and violence experienced by people on both sides of this debate? And, like me, do you find yourself questioning whether either ’movement’ has room for you?"

Well, there have definitely been moments that I’ve cringed upon hearing the anti-abortion position stated in a hostile way that is unsympathetic to the difficulties faced by women in crisis pregnancies. It is frustrating to see since the pro-life movement is founded on love, and our words and actions should reflect that. In terms of whether there’s room for me in any of the various movements, I think that the broad "pro-life movement" is Christianity and that the movement I most need to focus on being a part of is that of being a true Christian. 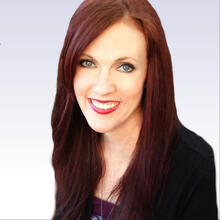 Jennifer Fulwiler
@jenfulwiler
Show Comments (
1
)
Comments are automatically closed two weeks after an article's initial publication. See our comments policy for more.
13 years 3 months ago
It's true that the pro life position is intimately bound by the consistent ethic of life which includes a great number of areas in which compassion is essential. It is bewildering how it could be ignored while trying to address the consistent ethic. Perhaps in experiencing this sort of political context, some committed to the pro life ethic become disillusioned about action on other levels as well. Especially when one encounters sort of resentment that seems more aimed at the Church as a personal matter that one wishes to redress by attacking that and much of what the Church traditionally and often quite progressively still stands for.