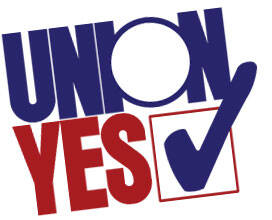 You probably know that 125 years ago Pope Leo XIII issued the encyclical “Rerum Novarum” (1891), in which he praised “workingmen’s unions” and fervently wished that they become “more numerous and more efficient.” Did you know that hundreds of Catholic institutions are putting that call into practice right now?

Catholic institutions employ roughly one million Americans, so the church is in a good position to evangelize the world through our labor relations practices. Just in time for Labor Day, the Catholic Labor Network has compiled a list of roughly 500 hospitals, nursing homes, parochial schools, colleges, social service providers and other institutions with union workers.

The Gaudium et Spes Catholic Employer Report (2016) is sorted by state and diocese. Among the interesting findings:

When Catholic institutions form collaborative, mutually rewarding collective bargaining relationships with their workers, Catholic business leaders (and workers) take note. Unfortunately, the opposite is also true. When Catholic institutions put obstacles in the way of workers trying to form a union, rationalizing why the right to organize defended in “Rerum Novarum,” “Gaudium et Spes” and “Caritas in Veritate” doesn’t apply to their situation, Catholics from Wall Street to Main Street see and learn from that behavior as well.

On this Labor Day, may every employer of labor, whether non-profit charity or for-profit corporation, look for ways to model the love of Christ and our church’s social teaching.

Clayton Sinyai
Show Comments (
1
)
Comments are automatically closed two weeks after an article's initial publication. See our comments policy for more.
William Rydberg
6 years 3 months ago
You won't convince me until Catholic University Professors give up Tenure and join a Catholic Union... Like that's going to happen. Maybe the Jesuit Professors and other Religious (includes Religious Sisters) and even Secular Clerics could show us the way. Would they want the same protections as other Unionized workers? With a properly functioning Union you wouldn't need Tenure... After all, the days of lousy low-paying jobs in these ranks at Catholic Universities are only. Faded memory... Happy Labour Day, in Christ, the Worker...