Hobby Lobby, A Decision Both Broad and Narrow 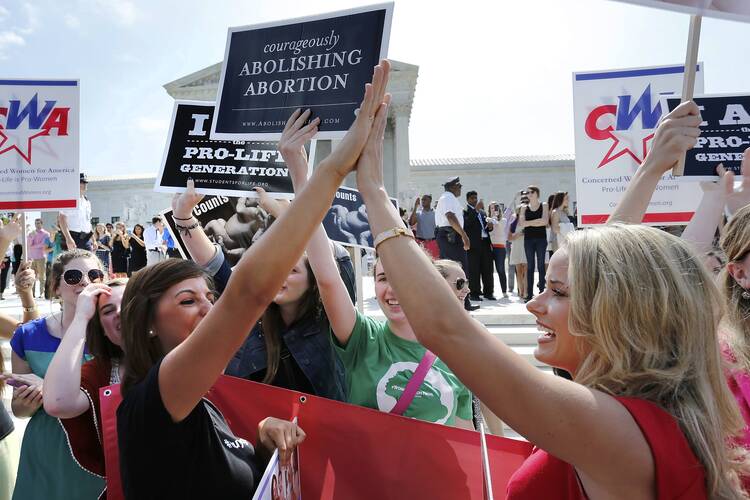 The Supreme Court ruled 5-4 on June 30 in favor of Hobby Lobby Stores and Conestoga Wood Specialties, the companies seeking an exception, under the Religious Freedom Restoration Act (R.F.R.A.), from the Obama Administration’s contraception-coverage mandate. Justice Kennedy, the key fifth vote, joined Justice Alito’s majority opinion but also wrote a concurrence emphasizing the limits of the decision. Indeed, Hobby Lobby is both broad and narrow.

The court resolved the threshold issues in the case firmly in favor of broad religious freedom. It held (by a 5-2 vote) that for-profit closely-held corporations can raise claims under the religious-freedom statute. That makes sense; people should be able to carry their faith and conscience into the commercial world (don’t we want socially responsible businesses?) and shouldn’t lose that right when they use the corporate form (which dioceses and religious schools likewise use). And the court held—also sensibly—that the mandate, backed by penalties ranging from $2,000 to $36,500 per employee per year, imposes a substantial burden on the family businesses whose owners object on religious grounds to covering contraceptives they believe may cause early abortions.

Finally, the majority ruled that the mandate as applied to the companies violates R.F.R.A. because even if it serves a “compelling governmental interest” in providing contraception to employees, there was at least one means of doing so "less restrictive” of religious freedom. The majority discussed approvingly the idea that the government could increase contraception subsidies, but it ultimately relied—Kennedy’s concurrence even more so—on the “insurer-pays accommodation” that the administration already makes available to religious non-profits. Under that, the non-profit transmits a form noting its objection to coverage to its insurer—or to a third-party administrator (TPA) if the organization self-insures—and the insurer or TPA must then cover the objectionable items in a separate contract directly with employees, with no financial or administrative involvement by the employer. Insurers and TPAs could absorb this, the government decided, because contraception coverage is at worst cost-neutral, since it heads off various healthcare costs from pregnancy. Given this, the Court sensibly held that the government hadn’t shown why the non-profit accommodation couldn’t extend to objecting businesses. Presumably it’s cost-neutral for their insurers too.

All this shows R.F.R.A. working as Congress intended. The statute says it’s meant to “strik[e] sensible balances between religious liberty and competing [g]overnmental interests.” Courts should examine each case’s context; the government can win if, but only if, it shows that other means of regulation won’t be successful in achieving its important interests. On contraception coverage, the fundamental question was not whether it would be provided at all, but who would pay: if “insurer pays” works, why coerce the employer who has religious scruples? To this extent—and despite all the bloviating on cable news and social media—Hobby Lobby is a narrow decision, very unlikely to spawn widespread exceptions from commercial regulation. The court said, for example, that a business’s religiously based claim to discriminate against employees or customers presents a different situation—although the only laws it specifically endorsed were race-discrimination laws. A small photography or florist business might still win a religious-freedom right not to provide services at a same-sex wedding when many alternative providers are at hand. But I doubt that commercial-discrimination claims will get much further than that.

“Insurer pays” sounds like a win-win solution, but naturally there’s a problem. The non-profit accommodation itself has been challenged by many schools and social services, Catholic and evangelical, on the ground that the notice they must transmit still violates R.F.R.A. by involving them in the provision of contraceptives or abortifacients. They say they are complicit because they have to use a health-plan form to object, they have to “designate” their insurer as the provider of contraception, and their insurance contract becomes the trigger for such provision. Some for-profit businesses will also assert these objections, and if they’re valid, the solution collapses. Lower courts have divided on this issue: Notre Dame lost in an appellate court, while the Little Sisters of the Poor got a temporary injunction from the Supreme Court in January allowing them to make no more than a bare notice of objection, transmitted to the government itself rather than the insurer. Does Hobby Lobby signal an outcome in this continuing battle between traditionalists and the administration?

Yes and no. Although the majority opinion offers the insurer-pays accommodation as a solution, it declines to say whether it satisfies R.F.R.A. That result is awkward, although understandable since these parties had not fully argued the issue. Passages in Hobby Lobby give ammunition to the challenges against the accommodation in its current form. A key defense by the government in those cases has been that merely requiring someone to fill out and transmit a form—one that triggers an exemption from providing coverage—is simply too attenuated to count as a burden on religion. But the Hobby Lobby opinion reemphasizes that when claimants express an “honest conviction” that an act is religiously objectionable, “it is not for [a court] to say that their religious beliefs are mistaken or insubstantial.” So if the claimant honestly believes the certification is sinful (and failing to submit it triggers large penalties), there is a substantial burden, which the government can only justify for compelling reasons.

On the other hand, parts of Kennedy’s concurrence suggest that he believes that “insurer pays” strikes a good balance and that he is not enamored with arguments that would render it impossible. The other alternative is that “government pays” for contraception itself; but Kennedy referred to that as “imposition of a whole new program or burden on the Government” and said the majority “properly does not resolve whether one freedom should be protected by creating incentives for additional government constraints.” That characterization of the government-pays alternative is not positive. Indeed, now that the court has identified some form of “insurer pays” as the solution, would it really turn around and rule it altogether impermissible too?

This points toward some revised version of the insurer-pays solution, with a minimal trigger like that in the Little Sisters of the Poor case: a simple notice of objection instead of a “designation,” and deliverable to the government rather than directly to the insurer. An opinion today from a federal appellate judge in Alabama suggests just that. The government’s loss in Hobby Lobby should force it to the negotiating table, to come up with such a notice. Can it really be so hard to do? I hope the non-profit plaintiffs will accept such a notice. For their own part, they must recognize the line between justifiably seeking to free themselves from providing coverage and unjustifiably seeking to stop others from providing it. If they reject all forms of the insurer-pays solution, I question whether they’ll keep Justice Kennedy, the key fifth man, on their side.

Thomas C. Berg is the James L. Oberstar Professor of Law and Public Policy at University of St. Thomas School of Law in Minneapolis, Minn. 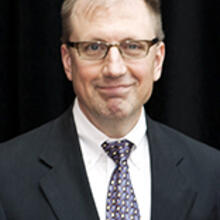 Thomas C. Berg
Show Comments (
1
)
Comments are automatically closed two weeks after an article's initial publication. See our comments policy for more.
Anne Danielson
8 years 1 month ago
The judge's opinion regarding the accommodation is dicta. According to this dicta, the only way to condone an act is by supporting that act financially, thus, these judges erroneously argue, as long as, for example, The University of Notre Dame is not paying for the contraception in the Insurance Plan they provide to their employees, they are not condoning the use of contraception for their employees. No where in our Constitution does a right to free contraception exists, nor has The Supreme Court ruled that every Insurance Plan must include contraception coverage. How then, could it be unconstitutional, for any person or group of persons, to choose an Insurance Company that does not provide contraception coverage because one does not desire to violate a tenet of one's Faith?