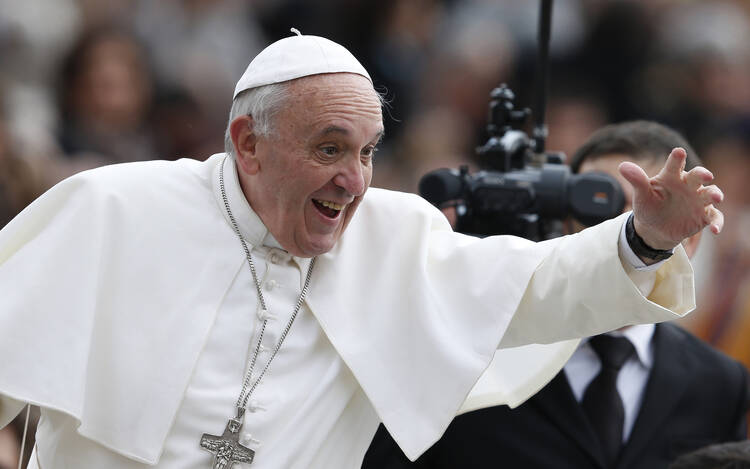 “Evangelii Gaudium,” the “Joy of the Gospel,” is officially designated an “apostolic exhortation.” As such it joins the company of other such important papal pronouncements as Benedict XVI’s “Verbum Domini” (2010), John Paul II’s “Pastores Dabo Vobis” (1992) and “Christifideles Laici” (1988) and Paul VI’s “Evangelii Nuntiandi” (1975). Significantly, each of these preceding apostolic exhortations figures prominently in Pope Francis’ own reflection. Yet “Evangelii Gaudium” surpasses them in its scope and in the depth of the challenges it presents.

Its theme is “evangelization,” witnessing to and announcing the Good News of Jesus Christ to all men and women. Pope Francis makes it clear that this is not one among many of things the Church does, but is the very heart of the Church’s identity and mission. And so he reflects at length not only about the content of the Gospel, but also about the readiness of the Church to witness wholeheartedly to the Good News of salvation, and about the contemporary social and economic situations in which this Gospel must be preached.

As has been amply reported and commented upon, Francis sees the need for a more diverse and less centralized and clericalized Church. He dreams of a poor Church living a fundamental option for the poor. He also critiques an economic system in which profit prevails over persons, violating their dignity and legitimate aspirations. Pope Francis has derived important elements of this pastoral vision from the writings of his predecessors mentioned above, upon which he gratefully and extensively draws. However, the powerful and personal synthesis and program is unmistakably his own.

In the very first paragraph Francis sounds the theme that will re-echo through multiple variations: “The joy of the Gospel fills the hearts and lives of all who encounter Jesus. Those who accept his offer of salvation are set free from sin, sorrow, inner emptiness and loneliness. With Christ joy is constantly born anew.”

And, towards the end of the lengthy document, he recapitulates the leitmotif of the whole reflection:

The primary reason for evangelizing is the love of Jesus which we have received, the experience of salvation which urges us to ever greater love of him. What kind of love would not feel the need to speak of the beloved, to point him out, to make him known? If we do not feel an intense desire to share this love, we need to pray insistently that he will once more touch our hearts. We need to implore his grace daily, asking him to open our cold hearts and shake up our lukewarm and superficial existence. (264).

There have been and will doubtless continue to be contrasts drawn and overdrawn between the ecclesial and missionary visions of Francis and his immediate predecessors in the papal office. But, to my mind, there is an all-important, indeed, far more crucial continuity: their Christo-centric vision. In this, John Paul II, Benedict XVI and Francis breathe the same Spirit. To adapt the words of the First Letter of John: “the three are of one accord” (1 Jn 5:8).

Everything in “Evangelii Gaudium” revolves around the Pope’s passionate desire to foster a joy-filled encounter with the crucified and risen Jesus Christ. He thus offers an in-depth discernment regarding impediments to this. He deplores the ravages of an unbridled capitalism blind to the common good. He laments the soul-deadening secularism and consumerism of a “throw away” culture that shortchanges human transcendence. He critiques a spiritually self-centered clericalism and the sterile preaching that so often follows in its train. In sum, we are all impoverished by and often complicit in a prevailing culture in which “priority is given to the outward, the immediate, the visible, the quick, the superficial and the provisional” (62).

Others will elaborate on one or another of these papal perspectives and insights, according to their experience and expertise. I venture to highlight two obstacles to evangelization that have particularly struck me in my own reading of “Evangelii Gaudium.” One might term them: “Pastoral Workers Adrift” and “Theology Adrift.”

Chapter Two of the document is tellingly entitled: “Amid the Crisis of Communal Commitment.” Its second section treats “Temptations Faced by Pastoral Workers.” In his direct, even blunt, style, the Pope deprecates the fact that “one can observe in many agents of evangelization, even though they pray, a heightened individualism, a crisis of identity and a cooling of fervor. These are three evils which fuel one another” (78).

The situation is exacerbated by a media and academic culture that often propagates skepticism and even cynicism regarding the message of the Church. This ambient culture, this “social imaginary” (in Charles Taylor’s suggestive phrase) weakens the Church’s evangelical dynamism and can sow noxious seeds among evangelizers. In the words of Pope Francis: “many pastoral workers, although they pray, develop a sort of inferiority complex which leads them to relativize or conceal their Christian identity and convictions” (79). One sees with sorrow Catholics, including priests and religious, who display a “practical relativism” which “consists in acting as if God did not exist, making decisions as if the poor did not exist, setting goals as if others did not exist, working as if people who have not received the Gospel did not exist” (80). As I remarked before, Francis is nothing if not “blunt!”

In ancient Christian iconography the anchor figured as a symbol of the Christian’s hope in Christ. Without the anchor who is Jesus Christ, would-be disciples and evangelizers quickly become unmoored and begin to drift. The joy of the Gospel can only be found in renewed faith in the primacy of Christ, crucified and risen, and our ever new relationship with him. Francis affirms with true pastoral wisdom:

A true missionary, who never ceases to be a disciple, knows that Jesus walks with him, speaks to him, breathes with him, works with him. He senses Jesus alive with him in the midst of the missionary enterprise. Unless we see him present at the heart of our missionary commitment, our enthusiasm soon wanes and we are no longer sure of what it is that we are handing on; we lack vigor and     passion. A person, who is not convinced, enthusiastic, certain and in love, will convince nobody” (266).

A second obstacle to evangelization and the Church’s missionary responsibility lies in the neglect or marginalizing of the kerygma. Francis insists that the kerygma “needs to be the center of all evangelizing activity and all efforts at Church renewal.” Though the initial proclamation of the Gospel can be expressed in diverse ways, its core is always Christological and Trinitarian. The Church, in the power of the Holy Spirit, proclaims “Jesus Christ who, by his death and resurrection, reveals and communicates to us the Father’s infinite mercy.” And the Jesus Christ the Church proclaims is no figure of the past. At the heart of the kerygma is the claim that “Jesus Christ loves you; he gave his life to save you; and now he is living at your side every day to enlighten, strengthen, and free you” (164).

These quotes occur in the second chapter of the papal document, on “The Proclamation of the Gospel,” in the section treating “Evangelization and the Deeper Understanding of the Kerygma.” The immediate context is the relation of the kerygma to the Church’s catechetical ministry. However, I think it legitimate to suggest that the Pope’s remarks are applicable to an understanding of the nature and mission of theology. Catholic theology too is called to serve the proclamation of the joy of the Gospel, since “all Christian formation consists of entering more deeply into the kerygma” (165). The Church’s identity-constituting kerygma should orient and illuminate not only catechesis, but theology as well.

Another aspect of Francis’s understanding of catechesis has relevance for theology: the need to cultivate an aesthetic sensitivity. He writes: “proclaiming Christ means showing that to believe in and to follow him is not only something right and true, but also something beautiful, capable of filling life with new splendor and profound joy, even in the midst of difficulties.” Indeed, beauty is a privileged means “of touching the human heart and enabling the truth and goodness of the risen Christ to radiate within it” (167). Theology must take its bearings from the truth, the goodness and the beauty of the Lord who is the light of the nations.

A theology unmoored from the kerygma is no longer faith wholeheartedly seeking understanding, no longer hope giving an account of its sure basis in the risen Christ, no longer love speaking passionately of its Beloved. Theology not anchored in the kerygma has really nothing of significance to contribute to the Church’s mission of evangelization and becomes, instead, an obstacle. It inevitably loses its ecclesial moorings and drifts into a detached study of religion.

“Evangelii Gaudium” is the fruit of a profound pastoral discernment and merits close and prayerful consideration on the part of the whole people of God. It proceeds from Pope Francis’ integral, even mystical vision of Christian life centered in the living Christ. Speaking of preaching, catechesis and theology, he stresses the crucial importance of image and symbol. This apostolic exhortation of the first Jesuit pope brings to mind the image of the seal of the Society of Jesus. It depicts, at its center, the IHS (the monogram for Jesus) like a sun whose rays extend to the peripheries. It thus manifests, in striking symbolism, that Jesus Christ himself is the joy of the Gospel that the Church witnesses to and proclaims.