California will increase the state’s minimum wage to $15 by 2022. 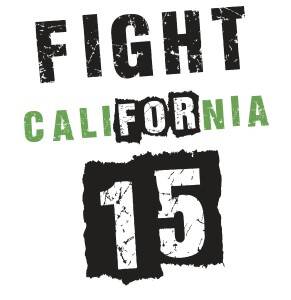 Can a free enterprise economy in the world’s most prosperous nation guarantee a living wage job to every full-time worker? California is embarking on a grand experiment to find out. The U.S. federal minimum wage is $7.25 per hour—less than $15,000 per year for a full-time worker. But states are permitted to legislate higher ones, and most (29 at last count) have done so. Now California Governor (and erstwhile Jesuit novice) Jerry Brown has signed legislation that will increase the state’s minimum wage to $15 an hour by 2022. This will assure every full-time worker in the Golden State a minimum $30,000 annual salary.

In the United States this has been driven by the “fight for $15” movement, but in fact it is part of a worldwide phenomenon. Income inequality has increased everywhere and policies sharply increasing the minimum wage have made headway in nations like France, Germany and Britain.

Many economists are sounding alarm bells. Cassandras predict massive job loss with every minimum wage hike, and have seldom been vindicated. However, they say this time is different: the increases under consideration push minimum wages up to half the median wage, a seldom seen level. They suspect that many workers may not have skills worth the new minimum wage on the open market and that investors will take their money to states or nations with a better return, leaving the worst-off workers unemployed.

These economists may be right. For Catholics, though, the living wage is not on trial here—our economy is.

Our free market economy has produced many wonderful things: rapid growth, amazing wealth, remarkable products. One thing it has not produced is a living wage for everyone willing to work, something Catholic social teaching unquestionably demands. As Pope Leo XIII expressed in Rerum Novarum: “Let the working man and the employer make free agreements, and in particular let them agree freely as to the wages; nevertheless, there underlies a dictate of natural justice more imperious and ancient than any bargain between man and man, namely, that wages ought not to be insufficient to support a frugal and well-behaved wage-earner.” If the market wages are insufficient for this purpose, Leo continues, labor organizations and government regulation are in order to remedy the problem. Our embrace of the free market is conditional; the living wage is an imperious and ancient dictate of natural justice.

In the years after World War II, labor organizations in the United States did magnificent work limiting economic inequality and ensuring that workers received their fair share of the wealth they produced. Economists have taken to calling the period “the Great Compression” because of the narrowing income gap that characterized the period. But in the past half-century declining unions and increasing globalization produced stagnating wages for working people, even during economic growth and prosperity.

The fight for $15 is an attempt to address this. I would like to see it succeed. Certainly some products and services produced by workers at low wages will be less profitable to produce, and investors will withdraw money from these sectors and invest them in others more suited to the new wage structure. If the naysayers are right—that the holders of capital respond to this call for justice by shifting their resources to other markets and leaving workers jobless—we will need to find another way to deliver a living wage to those who labor. Because while the world judges economies by their rate of growth, or productivity, we judge them by their consequences for the least of these.

Clayton Sinyai
Show Comments (
4
)
Comments are automatically closed two weeks after an article's initial publication. See our comments policy for more.
Patrick Chisholm
6 years 8 months ago
"Cassandras" predicting massive job loss with every minimum wage hike "have seldom been vindicated?" I'd say a 40 percent unemployment rate among the least skilled among us - minority youth - is quite a vindication among those Cassandras. What employer would want to hire someone who can't produce $15 let alone $10 worth of goods or services per hour, due to low skills? By hiring them they would lose money. A too-high minimum wage prices the poor out jobs. Prior to the institution of the minimum wage in the U.S. in 1931, the black unemployment rate was lower than that of whites. After the minimum wage was put in place, it skyrocketed and stayed well above white unemployment. You can't legislate prosperity into existence. The minimum wage is one of the single biggest forces of devastation to minority youth - both in America and in Europe. The way to deliver a living wage is to remove the many government-imposed obstacles to starting and running businesses, so that businesses can flourish and compete for workers, thereby driving up wages and skill levels. That's happening today - in China.
William Rydberg
6 years 8 months ago
I only wish Canadians had the guts to do the same (consider that the Canadian $ is 70 cents)...
JR Cosgrove
6 years 8 months ago
Mr. Sinyai, I believe you are a trade union activist and as such you main job in life is benefiting members of unions. I have a few questions for you: 1. Why are unions backing the minimum wage increases? How many union contracts are tied to the minimum wage so an increase in the minimum wage will primarily benefit union members and not necessarily the poor? 2. What will the effect of automation be on use of unskilled labor? I suggest people look at this video to see what has happened in one industry where unskilled labor was once used but no longer is. This industry was a focus of a famous musical, Show Boat. http://n.pr/1PpH3wR This is coming to the fast food business as all ordering will be done on a kiosk computer and as such eliminate up front help. Eventually, even the making of a cheeseburger will be automated. If I get the automated cheeseburger for $1.99 vs $2.99 for a human made one, how many will choose the cheaper sandwich if in a test one could not tell the difference. 3. At $15 an hour will this attract more skilled labor that will actually replace the unskilled laborer who is trying to get his or her first job? My guess that college educated people looking for temporary work or people who now stay at home or are retired would scoop up these jobs and replace the unskilled worker. 4. What is your reaction to the quip the true minimum wage is $0 per hour and these laws will create more of these people making this wage from the pool it is ostensibly intended to help? 5. Given that union members are going to benefit from an increased minimum wage and the poor put out of work, is this not cynical for unions to be backing these laws?
Kavya Sharma
6 years 8 months ago
packers and movers gurgaonpackers and movers punepackers and movers bangalore