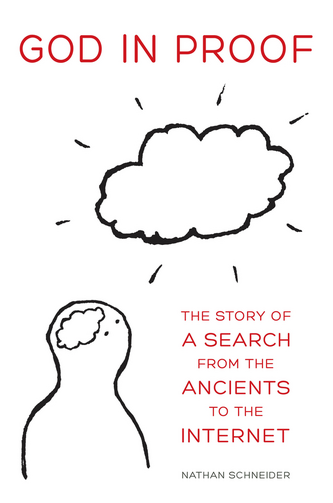 T. M. Luhrmann is once more pressing her case that religion is less about belief than about belonging. On Thursday’s New York Times op-ed page, the Stanford anthropologist and frequent Times guest columnist argues that many of today’s Evangelicals, even when they don’t believe, adhere to the church because of its benefits for their lives.

After years spent observing Evangelical churches, she writes, “I saw that people went to church to experience joy and to learn how to have more of it.” Whether Luhrmann’s thesis is an apologetic for an unphilosophical age or a sociological put-down of religious truth claims which warms the hearts of secularist editors of the Times, readers should decide for themselves.

A quote Luhrmann takes from William Cantwell Smith, the great Harvard historian of religions, puts her argument more richly and, for me, convincingly. “The affirmation ‘I believe in God’ used to mean: ‘Given the reality of God as a fact of the universe, I hereby pledge to Him my heart and soul. I committedly opt to live in loyalty to Him. I offer my life to be judged by Him, trusting His mercy.’” The problem underlying our contemporary preoccupation with justifying belief, Luhrmann correctly notes is “our folk model: of the mind that belief precedes action.”

But, as Nathan Schneider shows in his new book God in Proof: The Story of the Search from the Ancients to the Internet (University of California), efforts to prove belief in God is as old as the Christian tradition and older. Schneider, an editor of the online journals Waging Nonviolence and Killing the Buddha and a freelance journalist with pieces in the best old-media American journals, converted to Catholicism as a college freshman, following an ineffable spiritual experience. God in Proof combines a narrative of the author’s conversion with a (mostly) philosophical history of efforts to prove God’s existence.

Though Schneider’s approach is serious, Proof is the work of a journalist, and a young one, whose sketchy cartoons illustrate some of the schools of thought he surveys. His approach is broad gauged, including Jews and Muslims as well as medieval scholastics, scientists and mathematicians as well as today’s debate-circuit regulars and online bloggers. There are professional philosophers as well as religious dropouts religiously devoted to proving God non-existence, and a self-appointed apostle who chases him down a hall to bring him to his self-defined version of faith.

For a non-specialist, Schneider, in a compact, book provides background on, synopses of, and observations about a wide spectrum of efforts to prove and disprove God’s existence. I won’t identify them here. I will leave them to a review due to appear in America soon. But I recommend Proof to those whose taste in reading runs to philosophical theology and to all those for whom the intellectual side of the religious quest is an interest.

Proof illustrates that the phenomenon Luhrmann now sees as a popular preoccupation has a long history. The story goes back to the doctrinal development of Christianity at Nicaea that, that as Pope Benedict XVI pointed out in his Regensburg lecture, wed Christian revelation to Hellenistic philosophy, and still further back to the efforts of the early Christian apologists to engage pagan philosophy.

In one of the great ironies of history, the philosophy of the apologists the faith of the believers, and the quest for certainty overran the act of faith. The inversion of the relation of philosophy and theology was evident in the older curricula of Jesuit colleges, where the philosophy requirement was often twice that of the theology requirement.

As Schneider points out, like Augustine before him, knowledge of God in faith is more like knowledge of a friend than that of scientific or especially mathematical proof. Several times he points out that the faith of his interlocutors, like his own, rest on an arresting religious experience rather than the conclusion of an argument.

Rather, as C.S. Lewis once said, faith is like following an argument only to suddenly find you have wound up in the Catholic Church or the Communist Party. In Jesus Before Christianity Albert Nolan compares faith to the young warrior who goes to kill a lion only to find the lion is hunting him. God is the hunter. Faith captures us, not vice a versa.

Argument only takes you so far. In a late autobiographical essay, Mortimer Adler, the University of Chicago philosopher and the founder and editor in chief of The Great Books series, explained that he taught Thomism for sixty years, but only at age 80 did he believe and convert to Christianity.

With a sure sense of the place of proof in the religious experience, Schneider notes that some of the greatest theologians worked out their proofs in the context of faith, like Augustine and Anselm, and, in the case of Anselm, even in prayer. With fairness, he acknowledges that even critics of philosophical theology, like Anselm’s adversary Gaunilo, wrote from a standpoint of faith. And, of course, there was Saint Thomas’s mystical insight that all his arguments were so much “straw.”

Faith ought not be confused with proof, but proof has nonetheless been a distinctive part of the culture of faith.

Drew Christiansen, S. J., the former editor in chief of America, is currently a visiting scholar in the Theology Department of Boston College.

Drew Christiansen
Show Comments (
2
)
Comments are automatically closed two weeks after an article's initial publication. See our comments policy for more.
Kevin McDermott
8 years 3 months ago
"Whether Luhrmann’s thesis is an apologetic for an unphilosophical age or a sociological put-down of religious truth claims which warms the hearts of secularist editors of the Times, readers should decide for themselves" How did you get all the way to there, Drew? What do you expect the editors of The New York Times to be besides secular? Secular editors who take up a subject of serious interest to a general readership. Luhrman's essay is a thoughtful reflection, a consideration of what it might mean to "believe" by someone who takes the subject seriously. Interest in it among Times readers can be inferred by going to the site and seeing how high it is in the list of today's most eMailed articles. Why is that when this sort of essay appears the first response of so many America commenters is to score it for orthodoxy?
Jim McCrea
8 years 3 months ago
I suspect that she is telling the truth about most church-going Christians ... including Catholics. As I get older my faith is overshadowed by my hope. As was said in this magazine 23 years ago: "Know" is not the same as "Believe"; capacity does not guarantee actualization. Wm J O'Malley, SJ, The Catechism and Adolescents (article), "America", 3-3-90.