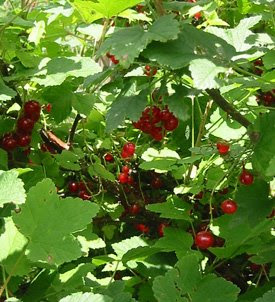 The third in a series...

Ever said to yourself, "I would believe in God if only I had some distinct experience of God?" In my last two posts, I spoke not only of our innate desire for the divine as a call from God, but also of some specific ways through which we can become aware of those God-given desires: first, feelings ofincompletion, and second, common longings and connections.

Also in the rather loose category of "longing" are more intense experiences. Sometimes we feel an almost "mystical" sense of longing for God, or a connection to God, which can be triggered by unexpected circumstances.

"Mysticism" is often dismissed as a privileged experience for only the super-holy. But mysticism is not confined to the lives of the saints. Nor does each mystical experience have to replicate exactly what the saints describe in their writings.

In her superb book Guidelines for Mystical Prayer, Ruth Burrows, a Carmelite nun, says bluntly that mysticism is not simply the province of the saints. "For what is the mystical life but God coming to do what we cannot do; God touching the depths of our being where man is reduced to his basic element?" Karl Rahner, the 20th-century German Jesuit theologian, spoke of "everyday mysticism."

What does it mean to have a "mystical" experience?

One definition is that a mystical experience is one in which you feel filled with God's presence in an intense and unmistakable way. Or you feel "lifted up" from the normal way of seeing things. Or you are simply overwhelmed with the sense of God in a way that seems to transcend your own understanding.

Needless to say, these experiences are hard to put into words. It's the same as trying to describe the first time you fell in love, or held your newborn child in your arms, or saw the ocean for the first time. But just because they are difficult to explain doesn't mean that they're not real, or authentic.

St. Ignatius Loyola, the 16th-century founder of the Jesuit Order, once described experiencing the Trinity (the Father, Son, and Holy Spirit of Christian faith) as three keys that play one musical chord, distinct but unified. Sometimes people describe finding themselves close to tears, unable to contain the love or gratitude that they feel. Recently, one young man described to me an experience of feeling almost as if he was a crystal vase and God's love was like water about to overflow the top of the glass.

While they are not commonplace, mystical experiences are not as rare as most would believe. Ruth Burrows writes that they are "not the privileged way of the few."

Such moments pop up with surprising frequency not only in the lives of everyday believers but also in modern literature. In his book Surprised by Joy, the British writer C.S. Lewis describes an experience he had when he was a boy:

As I stood beside a flowering currant bush on a summer day there suddenly arose in me without warning, and as if from a depth not of years but of centuries, the memory of that earlier morning at the Old House when my brother had brought his toy garden into the nursery. It is difficult to find words strong enough for the sensation which came over me; Milton's "enormous bliss" of Eden (giving the full, ancient meaning to "enormous") comes somewhere near it. It was a sensation, of course, of desire; but desire for what? ... [B]efore I knew what I desired, the desire itself was gone, the whole glimpse withdrawn, the world turned commonplace again, or only stirred by a longing for the longing that had just ceased.

That's a good description of this desire for more. I don't know what a currant bush looks like, but I know what that desire feels like. It may be difficult to identify exactly what you want, but at heart, you long for the fulfillment of all your desires, which is God.

Read the rest here on Huffpo.

James Martin, S.J.
@jamesmartinsj
Show Comments (
1
)
Comments are automatically closed two weeks after an article's initial publication. See our comments policy for more.
11 years 5 months ago
I had what I think was a kind of mystical experience during a retreat.  Afterwards I doubted it was real but at the time it was happening, it was undoubtable.  When I think about giving up on God, I try to remember how that experience felt.