Eric Garner's death is a cry for justice 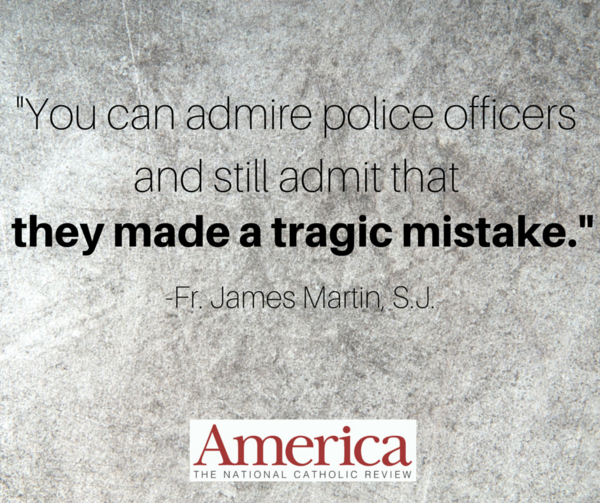 You can support our country's police officers, as I do. I know a few police officers personally (as well as a former police officer) and I deeply admire them for putting their lives on the lines every day, something that I do not do. (Remember the police officers who sacrificed their lives, or who were ready to sacrifice their lives, on 9/11.) You can believe that the vast majority of law-enforcement officials are trying to do their best in often extremely complicated situations. I see that almost every day in the streets and subways of New York City. You can appreciate the sometimes nearly impossible challenges of dealing with the volatile and dangerous people they must encounter. I see that too almost every day in New York. And you can understand that many of their decisions must be made in a split second, under the kind of pressure that few of us will ever know.

You can think all those things and still be appalled by the death of Eric Garner, who died after being subdued by police officers on Staten Island. His fatal confrontation with police was captured on video and has been widely viewed.

At the beginning of the video, Mr. Garner seems belligerent. On the other hand, he had, according to witnesses, just broken up a fight on the street. He was also under suspicion for selling "loosies," loose cigarettes, which is illegal. But Mr. Garner was also unarmed, and the chokehold or "vascular neck restraint" (or whatever one calls the maneuver shown in the video) and other subduing techniques used by the police led to his death. "The compression of his chest and prone positioning during physical restraint by police," read the coroner's cause of death. (The practice of using chokeholds is banned by the NYPD.)

And if Mr. Garner had indeed just broken up a fight--being a peacemaker, as Jesus called us to be--then it is an even more brutal tragedy.