Does the Trans-Pacific Partnership pass the test of Catholic Social Teaching? 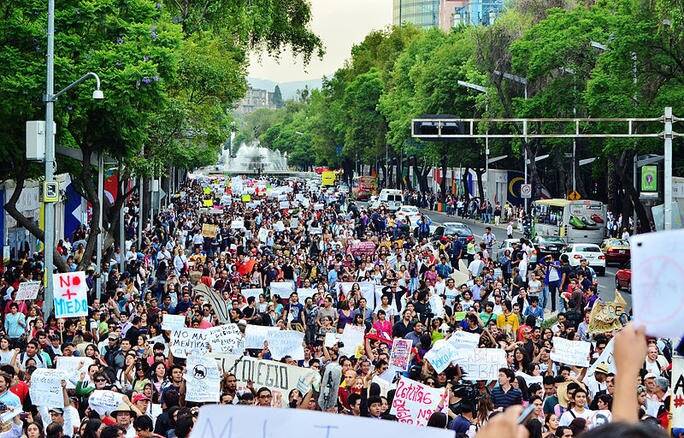 Now it can be told. At long last, the text of the Trans-Pacific Partnership (TPP) has been revealed to the legislators who must vote on it and the citizens who must live under it, if ratified. As with trade agreements that preceded it, such as the North American Free Trade Agreement (NAFTA), the negotiations proceeded behind closed doors with a “fast track” process that kept participation by the public and its elected representatives to a minimum. The process has protected the interests of multinational corporations quite well; the interests of workers, not so much. America magazine rightly criticized this process as inconsistent with the vision of Pope Francis in "Laudato Si,'" a vision that prioritizes the marginalized, the poor and the health of the planet, not the property and profits of global conglomerates. And it certainly does not meet the Holy Father’s call for “transparent political processes involving a free exchange of views.”

Proponents of free trade make an important point when they observe that reduced trade barriers have played an important role in lifting hundreds of millions in the third world out of poverty. It’s hard to imagine the development that has transformed Asia and Latin America without the contribution of export-oriented manufacture. But the “benefits” to American workers are far more dubious—real wages for American workers have stagnated as their products have been placed in competition with their poorer brethren. And global free trade has been a disaster for the environment. Producing consumer goods for shipment to the North America, Europe and Japan may offer employment to workers in China, India and Mexico, but under the current order they are accompanied by industrial toxins and greenhouse gases that will fall heavily on the next generation.

As we review the text of the agreement in the coming weeks, we must follow Francis’ lead and ask ourselves what impact the TPP is likely to have on the least of these—especially workers at home and abroad—and our common home. Skeptics like myself must keep in mind that workers in the global South have pressing needs and not adopt protectionist defenses that protect our union brothers and sisters here at the expense of our brothers and sisters overseas. It’s heartening, then, to see that labor union critics of the TPP are less focused on competition from foreign products than on ensuring that workers in Mexico, Malaysia, Vietnam and Brunei win the right to organize in trade unions without retaliation from employers and governments.

After all, the integral vision of trade, development and economics advanced by Francis is not novel, but a thread that runs through Catholic Social Teaching through the whole modern era. Allow me to grant our pope emeritus the last word, from "Caritas in Veritate":

The global market has stimulated first and foremost, on the part of rich countries, a search for areas in which to outsource production at low cost with a view to reducing the prices of many goods, increasing purchasing power and thus accelerating the rate of development in terms of greater availability of consumer goods for the domestic market. Consequently, the market has prompted new forms of competition between States as they seek to attract foreign businesses to set up production centres, by means of a variety of instruments, including favourable fiscal regimes and deregulation of the labour market… I would like to remind everyone, especially governments engaged in boosting the world's economic and social assets, that the primary capital to be safeguarded and valued is man, the human person in his or her integrity…Hence traditional networks of solidarity have more and more obstacles to overcome. The repeated calls issued within the Church's social doctrine, beginning with Rerum Novarum (60), for the promotion of workers' associations that can defend their rights must therefore be honoured today even more than in the past, as a prompt and far-sighted response to the urgent need for new forms of cooperation at the international level, as well as the local level.

Clayton Sinyai
Show Comments (
1
)
Comments are automatically closed two weeks after an article's initial publication. See our comments policy for more.
S. Louie
7 years ago
Not sure that is the right question to ask. How about is it socially moral at all.....and to all? Considering there has never been evidence of a god..and considering that the catholic church has committed social and immoral atrocities throughout the ages....hardly gives them the moral high ground to even ask the question of what's good or bad for anyone...or the high ground of any other religion that has the same historical bad reputation of immoral behaviors.