We already ration healthcare. It's time to talk about how it's done.

Unlimited needs and limited resources—we are not new to negotiating how to allocate in situations of scarcity. In a family where there are hours of homework to review, meals to be cooked and baseboards to be cleaned, a parent must determine where his or her limited energy can be best spent. In a city where it would be nice to have all the streets plowed immediately after a snowstorm, we prioritize those roads that are most important to get our towns going. And in a country where we have unlimited health needs, we must decide who gets life-saving care and who goes without it.

Yes. That last one is true. Although we in the United States like to talk about how “other countries” ration health care, we have, we do, and we always will. We treat rationing as if it is a virus, able to infect our health care system and bring it down from inside. But rationing is more aptly described as a vital part of our immune system, central to us staying upright. Without rationing, the percentage of our economy spent on health care (which is already 18 percent) would balloon and crowd out other important social goods.

The New York Times recently ran a story about the ad hoc decisions being made in hospitals across the country. And these aren’t decisions about ancillary items. The drugs, physician time or equipment that get allocated to one patient or another can literally mean the difference between life and death. And the question is not whether we have to ration these items or not. We do. The question is whether we will do it wisely or not. Right now, we aren’t.

This isn’t an easy web to untangle. But we’ve done it in other situations of scarcity in health care. We have a well-accepted allocation method for organ donations. And while there are legitimate disagreements whether the method can be improved, we have a broad understanding that some patients will receive a life-saving organ and others will not. It’s public. There isn’t any confusion as to what degree age or chance of success matters. We’ve been able to discuss how we want to make truly tragic decisions in a way that reflects our shared values.

This isn’t the case for much of the rationing going on in hospitals across the country. Many hospitals have ethics committees that take on these tasks, but many do not. And even among those that do, patients rarely know these decisions are being made and there is no public vetting of the values driving the process. The least we can do, as the Times rightly highlights, is to bring this process out of the hidden corners of individual hospitals out into the light of the public square. While it is true that the myriad situations will be exceedingly more complicated than organ allocation (which is complicated enough), we have to start somewhere. This problem won’t be going away.

Rationing is one of the worst kept secrets among medical professionals. But we’re more likely to discuss the active decisions that must get made. The thing that even practitioners rarely talk about is the passive rationing that comes with being poor. The poor are more likely to be denied access to providers because Medicaid payments are considered too low. The poor are more likely to miss follow-up appointments because of limited office hours and lack of hospitals in their neighborhoods. The poor are less likely to get the best care because they have less of the social capital necessary to negotiate a complicated health care system. And on and on. In part, we are under the illusion that we don’t ration because we so often do it in a passive way, permitting the structures we’ve built to do it for us.

When we move forward and take the rationing of health care more seriously, we’re likely to hear more about the active process of rationing—who gets what and why. That would be a great leap forward. But I hope we don’t miss the opportunity to also discuss the passive rationing that underlies the entire system, a rationing that puts the poor and marginalized at the peripheries rather than the center. Dealing with both active and passive rationing requires us to name and debate the values that we hold most dear. There will be disagreements. But when life and death are on the line, I’d rather disagree with you than avoid the conversation until its too late.

Michael Rozier, S.J., is a doctoral student in the department of Health Management and Policy at the University of Michigan School of Public Health, Ann Arbor, Mich. 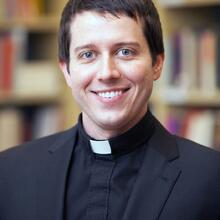 Michael Rozier, S.J.
@RozierSJ
Show Comments (
3
)
Comments are automatically closed two weeks after an article's initial publication. See our comments policy for more.
William Rydberg
5 years 12 months ago
Health care in my opinion is rationed the moment one puts limits on the number of qualified persons that can actually get admitted in to medical school. Same with Law, Computer Sciences, Engineering. Admission to these professions ought to be based solely upon merit, not on how much money one has. Public Health is a human good and also a human right in North America (at least it ought to be). I am waiting for one, just one prominent top-tier University to open their doors. But the professions would have a fit, remember that in large part, the Professions are largely self-regulated. Contemporary Society for example have almost completely forgotten that Medical Boards are Guilds. Guilds are just as strong today as they were in Medieval times. Perhaps it's time to jettison, replaced by something better-in the public interest? Who knows... One last question, who said that Doctors and Lawyers as Groups are the highest paid in contemporary Civil Society? It wasn't always so... In my opinion, scholarly root-cause analysis is warranted. But In my opinion, unless University Administrators and Boards of Governors along with Legislators grow a backbone. Rationing is here to stay...
J Cabaniss
5 years 12 months ago
The real question about rationing is not whether or not we will have it, but who makes the decisions regarding treatment. For organ transplants, there is a bureaucracy in place that determines who gets one and who doesn't; individuals have no choice in the matter, and the rich and the poor are undifferentiated. I think this is a reasonable approach in regard to transplants. Most medical choices, however, are determined by the individual: can I afford the procedure I want, and do I really want to spend the money to acquire it? There are a huge number of treatments that fall in this category today, and the question we now face is: who is better at making these decisions, a government bureaucracy or the individual? Which way is "fairer", "better", "more efficient"? I understand rationing, and I am very uncomfortable with turning over control of more and more decisions that affect my life to government functionaries. There is a place for it, but in my mind it is one that is very circumscribed.
JR Cosgrove
5 years 11 months ago
One of the problems is that health care progresses at a faster rate than many other innovative technologies and is also not as susceptible to the economies of scale that we see in most other innovations. Moore's Law has given us amazing digital technology that has spread even to the poorest areas of the world. We can take several other technologies and see how they have expanded across the globe making life in the 21st century much better than before. But a lot of what we see in health care is not subject to such mass manufacturing technology. It requires human bodies to administer the innovations. There is certainly a lot that is subject to the mass production efficiencies we see in other areas such as drugs or medical instruments. But a skilled heart surgeon is still a rare resource. Maybe we will have a robot that can do this in the near future so the procedure will be available 24/7 to everyone. Given that there are still a long way to go, we should be thankful for what we have accomplished for everyone in the world in the last 60 years in medicine. Life spans have dramatically increased all over the world. Even the poorest are able to get medical procedures not available to the rich in the 1950's. But many decry that the poor cannot get everything the rich man can. That is the world God has made for us. Why not talk about how much better it is for the poor compared to a short time ago and maybe in another 50 years they will have access to medicines and procedures even the rich only dream of today. I asked a question a few years ago when there were discussions about health care for the poor. Do we want them to have access to health care for all at 1975 levels, 2000 levels or today's. If in 1975 you would tell someone that the poor of that time would have access to undreamed of health care improvements in the near future, people would still have criticized you as to why they couldn't have it then. People want heaven on earth and earth is getting better in a lot of ways as we progress. But earth by definition is limited and that means rationing. Let's keep this discussion in perspective and be thankful for what we have.