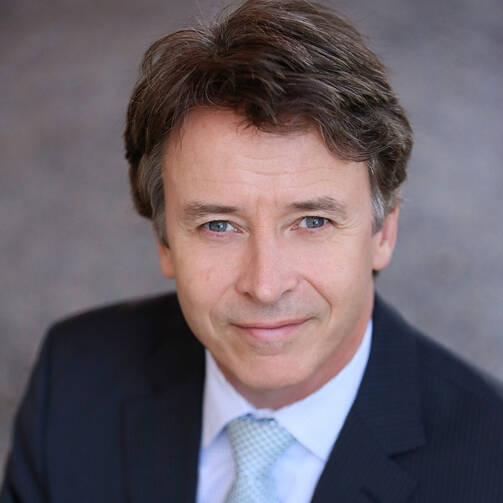 The resignation of Simon Newman as president of Mount St. Mary’s University in Maryland was all but inevitable. What seems more surprising is how long it took for it to happen, especially after the faculty at Mount St. Mary’s voted Feb. 12, by a margin of 87-3, that for the good of the university Newman should go.

Newman was torpedoed by his own words and actions. An arresting turn of phrase can get you into trouble, as happened when it was revealed that the president had referred to students at risk of dropping out as bunnies that should be drowned or shot.

Newman’s comment occurred in the context of an effort to improve the university’s retention rate by circulating a questionnaire that would identify students at risk. These students would then be encouraged to leave school before they were reported as enrolled. This would save students money and, not incidentally, improve the university’s graduation rate. Though Mount St. Mary’s had a respectable rate of 66 percent, graduation rates affect the rankings of colleges in publications such as U.S. News and World Report.

As reported in the student newspaper The Mountain Echo, Newman’s words to faculty were: “This is hard for you because you think of the students as cuddly bunnies, but you can’t. You just have to drown the bunnies … put a Glock to their heads.”

It’s hard to climb back from such a lethal metaphor, and the president’s subsequent firing of two faculty members for disloyalty, one tenured and the other the advisor to the student newspaper, poured oil on the flames. His retraction of the two dismissals in the ensuing uproar came too late, despite continued and surprising support from many students and the Mount St. Mary’s board.

Newman was in the first year of his presidency at Mount St. Mary’s, the second-oldest Catholic university in the country. He came to the job with a background in business, not academia. Prior to taking the job at St. Mary’s, the 51-year-old businessman with degrees from Cambridge University and a MBA from Stanford University ran a private equity firm and was CEO of Cornerstone Management Group. On being hired, he vowed to put the university on an “aggressive growth trajectory.”

In a recent letter to parents, Newman wrote: “We are transforming our 200-year-old Catholic university to meet the needs of a demanding global economy. Your student is a part of this exciting transformation. We are building on our existing liberal arts core and Catholic intellectual tradition and preparing students for a more technical skills-based job market in a way that only the Mount can.”

Newman’s selection as president and his plan to alter Mount St. Mary’s traditional liberal arts orientation reflect the popularity of the business model in education today. Increasingly, universities are seen as places whose purpose is primarily to train employees for the U.S. job market. The goal of a liberal arts education—to provide students a broad knowledge of the world—doesn’t cut much ice these days. As Newman is reported to have said, “The liberal arts don’t sell.”

But universities are not corporations, and modeling institutions of higher learning after them risks destroying their singular identity and value. What made Newman’s words and efforts so damning was his disregard of the basic mission of educators, which is to educate. This mission applies not just to the academically talented or prepared but to all students. Improving graduation stats, enhancing the PR of an institution, is not and should not be the primary goal of teachers and administrators, though those can certainly help recruit students without which no university can stay afloat. But the business of teachers and schools is to assist students to learn, not shoot them down while they’re just getting off the ground. Efficiency is not the ultimate or highest value in education. To make it so destroys the soul of education. This is true of any institution of higher learning, and at a Catholic college or university particularly. Even without his now-notorious words about drowning bunnies, Newman’s obliviousness to the values of the university he headed—he was reported to have questioned why crucifixes were in the classroom—suggests he was a poor fit for St. Mary’s despite the dynamism he brought to the position.

During the last decade, college administrators have been under increasing pressure to raise graduation rates. Helping students to complete their education is a worthy goal. So is preparing them to enter the job market once they graduate. But a focus on numbers, on retention rates and test scores, is helpful only inasmuch as it assists administrators and teachers to do their job, not distracts them from it.

Margot Patterson
Show Comments (
5
)
Comments are automatically closed two weeks after an article's initial publication. See our comments policy for more.
John Walton
6 years 11 months ago
Universities, and Catholic Universities in particular, are notably immune from any management innovation which would allow them to educate more students at lower cost. Newman, insensitive as his rhetoric may have seemed, (and I have been impaled for worse) was speaking truth to a stodgy dogma stuck in the 12th Century.
Gabriel Marcella
6 years 11 months ago
Excellent commentary. Hiring a person from the financial world was not a good idea. Newman lacked the diplomacy to take the university in a different direction. Moreover, not long ago Mt. St. Mary's won national praise for the quality for its liberal arts curriculum. The decline of such education across the land is a tragic loss. We need broadly educated thinkers and doers.
Lisa Weber
6 years 11 months ago
His attitude and commentary are both poisonous and it's good that he's gone.
Paul Kazanecki
6 years 11 months ago
It seems that Mr. Newman's rhetoric was no different in tone than that coming from the leading candidate of one of our major political parties.
Charles Erlinger
6 years 11 months ago
I would love to read the board's criteria for selection of a president. Could it be that, rather than recognizing the radical disparateness of the reasons for being of a for profit commercial enterprise and a not for profit educational enterprise, the board actually became convinced that the two types of enterprise were actually alike?