Catholic Imagination Attacked by Skateboarders: Uninjured, But Pressing for Martyrdom 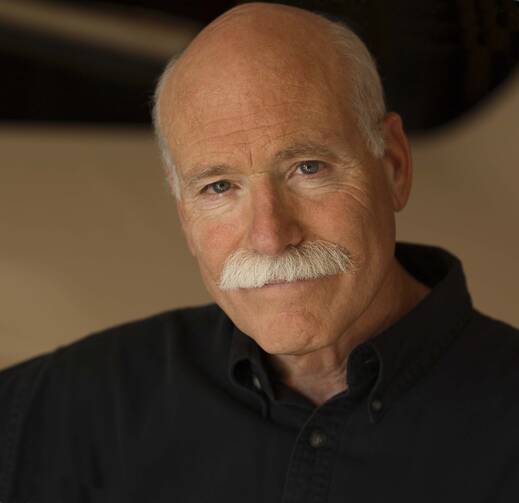 Recently I heard the author Tobias Wolff read from his short story, “In the Garden of the North American Martyrs.” In the last lines of the story a woman is giving a lecture to students at a renowned college in upstate New York. She is also calling out a group of arrogant and patronizing professors observing the class. “You have deceived yourselves in the pride of your hearts, and the strength of your arms,” declares the woman, Mary. “Though you soar aloft like the eagle, though your nest is set among the stars, thence I will bring you down, says the Lord.”

Mary was not merely talking to these students and professors. Surely, she was also speaking to me.

Wolff read his brilliant story in a packed chapel at a literary conference. The gathering, held Feb. 19 to 21 at the University of Southern California, was called “The Future of the Catholic Literary Imagination." It was organized by the Institute for Advanced Catholic Studies. Essayists, novelists, poets, editors and scholars discussed, among other things, the following questions:

Julia Alvarez, Ron Hansen, Angela Alaimo O'Donnell, Mr. Wolff and many others took on these matters headlong. Dana Gioia, “an internationally recognized man of letters,” according to his website, dreamed up and convened the event. His article, “The Catholic Writer Today,” published in the December 2013 issue of the journal First Things, kicked off a national soul-searching on the topic of Catholic literature, eventually leading to the conference.

(Actually it wasn't a soul-searching. This is just a nice phrase to make all of our natural-born writerly anxiety sound more impressive.).

And lo, I was one of those taking on these matters, both as panelist and audience member, and my sin is ever at my side. I deserve to be called out by Mary. I deserve this because speaking at a university conference is always a near occasion of pretentiousness. The re-preaching of masters thesae to new congregations. The offering of statements disguised as questions. The “nuancing” of points. The rebutting of nuanced points. The lordly summing up of issues that have already been summed up.

These things are a demon lurking at the door, whose urge is ever toward us—or at least toward me. My panel consisted of literary editors at Catholic publications. I spoke from this panel. I quoted Beckett, Samuel. I referenced Joyce, James; Allighieri, Dante; Angelo, Michel, and an independent German film. The Lord may blot out many of my offenses, but these surely he will not overlook. These will stay with me forever.

As we grappled with our literary questions, (grappled: this is what intellectuals who never made varsity say to give their work a hale and sporty or even danger-laden credibility—as if we were fending off starving jackals in the Jim Bridger National Wilderness), as we grappled, girls outside pedaled to class on large, steel-framed, one-speed bicycles. They looked relaxed as they sat back, handlebars high, like roving Harley matrons. Weaving in and out of them were boys on skateboards who nearly charmed you to death (21-year-olds on skateboards! How wonderful! The world is still a good place!) as they rolled around campus.

The skateboarders also nearly ran us down every other moment as we crossed campus going from one talk to the next on the marginalization of Catholics in the current culture. You wondered if these boys were trying to marginalize you and your Catholicism out of existence.

And maybe we deserved it, for thinking we could talk a certain kind of creature into existence—namely the fearless Catholic writer sweeping over and bringing light to the dark waters of a secular age caught in free-fall. Maybe it was our due for conjecturing that we could inflame a religious literary movement, or shine a light on that which is already there, through our keynotes, panels, thesae, objections, rebuttals and closing arguments, all before a panelled jury of ourselves.

But against all these odds, this gathering was altogether a nice thing. It was, if nothing else, a chance to be with people who took both their writing (editing, publishing, etc) and their faith seriously. The event, despite its irrefutable ontology as a university conference and my referencing of high-toned authors, was actually quite lovely.