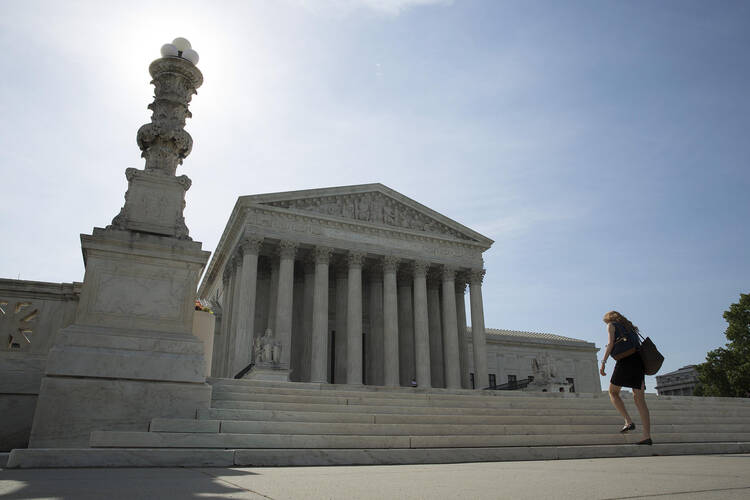 On January 16, 2015, the U.S. Supreme Court agreed to hear appeals from cases decided by the U.S. Court of Appeals for the Sixth Circuit that held the 14th Amendment does not require states to issue marriage licenses to same-sex couples or recognize same-sex marriages licensed in other states. The Supreme Court previously denied requests to hear appeals from four other circuit courts that held there is a constitutional right to same-sex marriage. The Sixth Circuit is the only federal appellate court to rule that states have the right to deny recognition of same-sex marriages. Cases are still pending before three other federal appellate courts.

The votes of only four Supreme Court justices are required to grant an appeal, but it will take five votes to reach a decision. The court’s acceptance of an appeal from this case, which decided against same-sex marriage, is not necessarily an indication of how the court will rule. The court frequently takes appeals only when the circuit courts disagree on important issues of law. Prior to the Sixth Circuit’s ruling, there was no such disagreement among the circuits. The Supreme Court’s decision to review two questions, whether states must issue marriage licenses and recognize marriage licenses issued in other states, leaves open the possibility for a split ruling that does not declare a constitutional right to marry a person of the same sex, but does require acceptance of out-of-state same-sex marriages.

The decision will be based on the Supreme Court’s interpretation of the 14th Amendment, which states in relevant part: “No state shall make or enforce any law which shall abridge the privileges or immunities of citizens of the United States; nor shall any state deprive any person of life, liberty, or property, without due process of law; nor deny to any person within its jurisdiction the equal protection of the laws.”

The Supreme Court’s 2013 majority opinion in United States v. Windsor, which declared the federal Defense of Marriage Act unconstitutional, was written by Justice Kennedy and joined in by Justices Breyer, Ginsburg, Kagan and Sotomayor. These five justices came short of ruling the right to marry a person of the same sex is a fundamental right protected by the constitution, but did hold that the federal government could not refuse to recognize state-sanctioned same-sex marriages. Justice Kennedy wrote, “This [marital] status is a far-reaching legal acknowledgment of the intimate relationship between two people, a relationship deemed by the State [of New York] worthy of dignity in the community equal with all other marriages. It reflects both the community's considered perspective on the historical roots of the institution of marriage and its evolving understanding of the meaning of equality.”

It is this “evolving understanding” that the Sixth Circuit and Justices Alito, Scalia and Thomas, reject. They interpret the 14th Amendment’s protection of liberty interests in a historical context that applies only to fundamental rights recognized at the time the constitution was written. Chief Justice Roberts has not made his views on this issue quite so clear. His dissent in the Windsor case reinforced the limitations of the ruling while acknowledging the constitutional right of states to make and enforce their own laws. He wrote, “while ‘[t]he State's power in defining the marital relation is of central relevance’ to the majority's decision to strike down DOMA here, that power will come into play on the other side of the board in future cases about the constitutionality of state marriage definitions. So too will the concerns for state diversity and sovereignty that weigh against DOMA's constitutionality in this case.”

Oral arguments are not yet scheduled, but are likely to take place in late April with a decision by late June 2015.

Ellen K. Boegel, an associate professor of legal studies at St. John’s University in New York, clerked for the United States Court of Appeals for the Second Circuit.