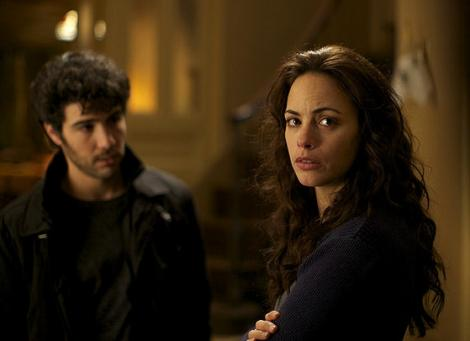 Rarely has a film haunted me as much as Iranian director Asghar Farhadi's French language film, "The Past." It is a story about dysfunctional families and their miscommunications, secrets and lies. William Faulkner once said: "The past is never dead. It's not even past." All too often we carry our past with us as a kind of tether. We may want to let our past go but life does not always let us off the hook so easily.

The story line of the film has Ahmad return to France from Iran to his former wife, Marie, who he had abandoned four years earlier. He comes to finalize their divorce. Marie has a new lover, Shamir, and is carrying his child. But Shamir is still married to a wife who has been in a coma for eight months after an attempt at suicide. Ahmad is a kind man and sort of mediator of the truth with Marie's children who remain fond of him. One daughter, Lucie, is in emotional trouble. Only later do we learn that Lucie, who does not like her mother's new boyfriend Shamir, sent e-mails between Marie and Shamir to Shamir's wife, just a day before that wife attempted her botched suicide. Shamir is torn between his comatose wife and his newfound love for Marie. Shortly before her attempted suicide, he upbraided his wife over a stain on a piece of clothing at his dry cleaning establishment. He worries that may have pushed his wife over the edge.

Ahmad stays with Marie instead of at a hotel, which he had initially desired. He tries, at Marie's request, to unlock the cause of the rebelliousness of Lucie and to bring Lucie and her mother together. Shamir is jealous of Ahmad and notes that the way Ahmad and Marie argue and still fight with each other is a token that their relationship is not really fully ended. In a world of dysfunctional relations and communications, Ahmad, the mediator, often unlocks others’ worst secrets. A friend bids him to cease trying to be the reconciler and to return to Iran.

In several scenes in the movie characters try to speak to each other across plate glass windows. Communicating through a wall of glass becomes a metaphor for the difficulty of relationships. The characters cling to memories, to relationships, even when they go sour. Everyone has his or her reasons for acting the way they do. In a sense, although there are no clear villains, everyone is, in some ways, guilty. Had Ahmad not left Marie four years earlier, her life might have been different and less embattled. Marie is not sure the knowledge of her affair with Shamir did not serve as a catalyst for the attempted suicide of Shamir's wife. Marie is reluctant to talk about Shamir's comatose wife. Shamir's son is diffident about living in Marie's house. He longs for his mother. By their nature relationships make us vulnerable to hurt and miscommunication. Moreover, we can never, as Ahmad learns, just patch up all relationships on our own since it takes all the parties to a relationship to make it work. In the fears and doubts of the children in the film we see the truth of that bromide: "The sins of the fathers and mothers pass on to the children."

One reviewer said of the movie that when we watch it we know "this is humanity. You cannot look away from it." Relationships involve love and loyalty but, often enough, also secrets and lies. No one is quite sure of what caused Shamir's wife's attempted suicide. What saves this story of botched connections is the underlying plea for connection between and among the characters. In the end it is a tale that is compassionate and humane. It raises questions for all of us: What do we fear or dread? What do we hope for?

I was aware, watching the film, of how the darkness of the relationships yet the humanity of the characters reminded me much of the dark yet humane plays by Anton Chekhov and Henrik Ibsen. I learned later that Farhadi has directed a number of plays by Chekhov and Ibsen in his native Iran. I did not want to run away from the dark episodes in the film since, in one sense, the sin of the world or original sin plunges us all into communicating through a glass darkly. If we run away from botched connections in our life we may miss, behind them, the plea for genuine communication, connection, contact. Often enough, we who are enmeshed in the sin of the world are just like the characters in this searing film: No one is a complete villain yet everyone is complicit. No one is sure of what is the truth. We all have our secrets and lies. But in our fallen world, like the characters in the film, we also long for connection, love and true communication. If we run from our relationships (sour and distorted as they may sometimes be), we are running away from our selves. Welcome to the human condition!