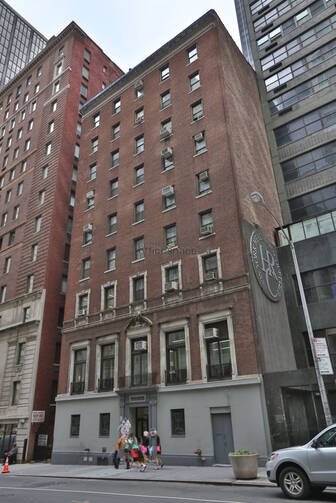 Matt Malone, S.J., President and Editor in Chief of America Media, the publisher of America magazine, announced today the sale of its headquarters building in midtown Manhattan. Proceeds from the sale will provide an investment fund that will subsidize the organization’s current operations and future expansion. America purchased the current 10-story building on 56th Street between 6th and 7th Avenues in 1962.

“This transaction achieves three goals,” said Father Malone. “First, in a rapidly changing publishing environment, the sale will provide baseline financial security for the future. Second, the transaction will give America Media the resources to continue the multiplatform expansion of our media ministry, including the redesign of existing platforms and the launch of new digital products and video. Lastly, the transaction will allow us to create a modern facility to house our operations, one more suited to a 21st century media ministry.”

America Media will remain in New York City. “New York City has been our home since 1909 and will remain our home,” said Father Malone. “America is one of the most important social communications apostolates of the Society of Jesus and should be located in the capital of global communications.” The headquarters building also currently houses approximately 20 Jesuits, who will relocate to a renovated facility at 120 West 60th Street. America Media and the Jesuit community expect to complete their moves within the next 12 months.

The Editors
Show Comments (
4
)
Comments are automatically closed two weeks after an article's initial publication. See our comments policy for more.
William Rydberg
6 years 11 months ago
So it was sold to?
ed gleason
6 years 11 months ago
sale price is public info so why not report it? The old Church idea is keep the sheep away from money talk because they might think we don't need any more support.
Bill Mazzella
6 years 10 months ago
Ed. How is it public since no one knows nor has reported it?
Bill Mazzella
6 years 9 months ago
Apparently the sale of the building was for $46,000,000. I thought it would be more.