America Media Becomes the Publisher of The Jesuit Post

America Media Becomes the Publisher of The Jesuit Post 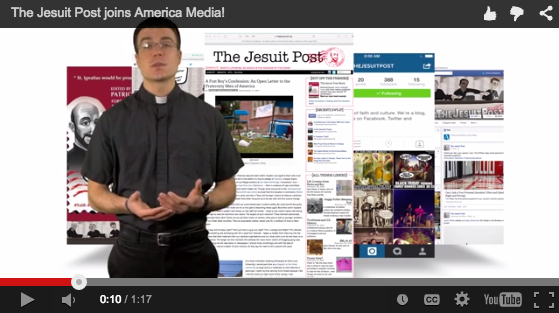 Father Matt Malone, S.J., President and Editor in Chief of America Media, announced today that America Media will become the publisher of The Jesuit Post, the online ministry operated entirely by young Jesuits in training and focused on reaching people in their 20s and 30s.  Previously under the sponsorship of the U.S. Jesuit Conference, The Jesuit Post will now be published by America Media, a key component in its ongoing efforts to reach new and younger audiences.

“The new collaboration will further diversify America Media’s platforms to develop a younger audience and new contributors by establishing formal links and cross-content initiatives,” said Father Malone. Tim Kesicki, S.J., president of the U.S. Jesuit Conference added, “This is a great partnership within our Jesuit community to support the worthwhile and valuable work of young Jesuits and to connect the media work of The Jesuit Post and the publishing legacy and multi-platform vision of America Media.”

Established in 2012, The Jesuit Post offers content written exclusively by Jesuits in training and addresses the intersection of faith and culture, focusing on both sacred and secular issues. Michael Rossmann, S.J., Editor in Chief of The Jesuit Post noted, “We are thrilled to officially become a part of the America Media family and bring our unique take on faith and culture for younger audiences. Our new partnership will create a great opportunity to offer a bridge from TJP to the smart Catholic take that America Media is offering.”

Under the new arrangement, which officially began on March 1, 2015, The Jesuit Post will continue to produce its own unique editorial content on its website 46 weeks per year. America Media will serve as publisher and be responsible for financial management, marketing and ensuring a continuity of personnel.

America Media, publisher of America magazine, is the leading producer of multimedia content for thinking Catholics and those who want to know what Catholics are thinking. It provides a smart Catholic take on religion, politics and culture. Founded in 1909 by the Jesuit order as America magazine, it now offers content on multiple print and digital platforms including America Digital, America Radio, America Films and America P2P (events). http://www.americamedia.org

The Jesuit Post offers thinking and writing at the intersection of faith and culture. TJP focuses on both sacred and secular issues, and everything in between, because God does too. www.thejesuitpost.org.