In All Things Charity 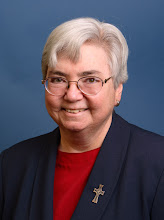 In the wake of what some observers called the worst vitriol in this country since the Civil Rights era, Sister Mary Ann Walsh, media relations director of the USCCB, offers a call for charity.

Politics has become a kind of blood sport. News junkies over the weekend heard reports of crowds shouting racist remarks and individuals spitting at African American lawmakers, including John Lewis, who suffered violence years ago when he marched for Civil Rights. Surely he – and all of us – has a right to expect that that chapter of despicable, racist violence long over.

We’ve seen reports of homes and offices of lawmakers vandalized and heard of death threats. Anonymous messages are being left on voicemails – I even got one from a nun, for goodness sake. If that isn’t proof that we’ve gone astray I don’t know what is.

The wonderfully unedited Web may share some blame as it gives free reign to those who say whatever suits their strategic purpose, truthful or not. Their presentations – usually anonymous – underscore a significant failing of the Web, lack of editors and accountability.

We’ve seen columnists write with vitriol as they demonize those with whom they disagree. There’s a viciousness which goes beyond what can be called acerbic writing.

We need to address this climate.

James Martin, S.J.
@jamesmartinsj
Show Comments (
3
)
Comments are automatically closed two weeks after an article's initial publication. See our comments policy for more.
Beth Cioffoletti
12 years 2 months ago
Yes, Peter, I suspect that the comment box was disabled because the questions are so provocative that the answers would probably get out of hand.  But they are my own questions, as well, and I admire her for asking them so directly.
Beth Cioffoletti
12 years 2 months ago
So good to see these thoughts of women added to the America blog.  The one above this, by Dolores Leckey (which doesn't take comments) blew me away in its honesty and forth-rightness. Keep 'em coming!
Pearce Shea
12 years 2 months ago
Lord knows the poor Sr. could use some charity especially. I recall her fielding a lot of hate the last time the new translation of the Missal came up as well.

Sidebar: Beth, it's kind of funny how Dolores piece has disabled the commbox, yet ends with a series of questions, ain't it? It was nicely written though.