Advent, on our own two feet 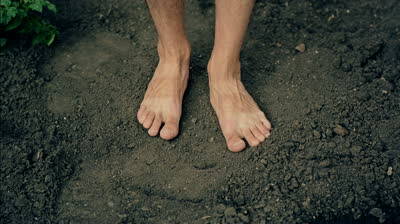 Cambridge, MA. I can’t help but put together for you some thoughts from the brief homily I gave at Mass yesterday morning, the first Thursday in Advent, and feast of St. Francis Xavier.

As readers know, this year is the 100th anniversary of the birth of Thomas Merton—writer, journalist, monk, contemplative. Dec. 10, next week, marks the 47th anniversary of his sudden and tragic death in Bangkok, just an hour or two after he spoke to the assembled monks and nuns of Marxism and Buddhism, of his own monastic journey and of the new place of the monk in today’s world. Quite memorably, in the middle he spoke of Chogyam Trungpa, a monk in flight from the Chinese invasion of Tibet in 1959, cut off from his community:

He was absent from his monastery on a visit to some other monastery, and he was caught out in the mountains and was living in a peasant’s hut, wondering what to do next. He sent a message to a nearby abbot friend of his, saying, “What do we do?” The abbot sent back a strange message, which I think is very significant: “From now on, Brother, everybody stands on his own feet.”

To my mind, this is an extremely important monastic statement. If you forget everything else that has been said, I would suggest you remember this for the future: ‘From now on, everybody stands on his own feet’ (Asian Journal, 338).

In turn, recollecting these words prompted me to ponder Francis Xavier himself, from a new angle. We all know the story of this great-souled Jesuit, one of Ignatius Loyola’s first companions and the first Jesuit to go to Asia—down and up the coast of India, to the Malaccas, to Japan, and finally to an island off the coast of China, where he died while waiting for a ship to take him to the mainland.

Recollecting Merton’s words prompted me to ask: How did Xavier do it? How did he keep at it, on his own, charting a new path, going where no Jesuit had gone, failing sometimes, sometimes succeeding, far removed from Ignatius and the original companions? Xavier had found his own inner path, his inner compass, God-within. To use Merton’s words, Xavier had learned to stand on his own two feet, steady and unshaken amidst storms at sea and storms at every cultural and religious turn.

And so finally, we have today’s Gospel:

These words come at the end of the Sermon on the Mount. Jesus is reminding his listeners, and therefore us, that all the fine words and deep insights of the Sermon will do no good, unless the listener is firmly planted on a firm foundation, able to weather the storms of daily life, great and small. We need to learn to stand on our own two feet, on Christ, our rock, steady when the world quakes around, beneath us. Struck by the great woes of our time, from climate change to the massacres in Colorado Springs and San Bernardino—and Paris and Beirut—to the small and large troubles of our own lives, we very much need to be steady, standing straight, feet planted firmly on the ground.