The Popes and the Presidents 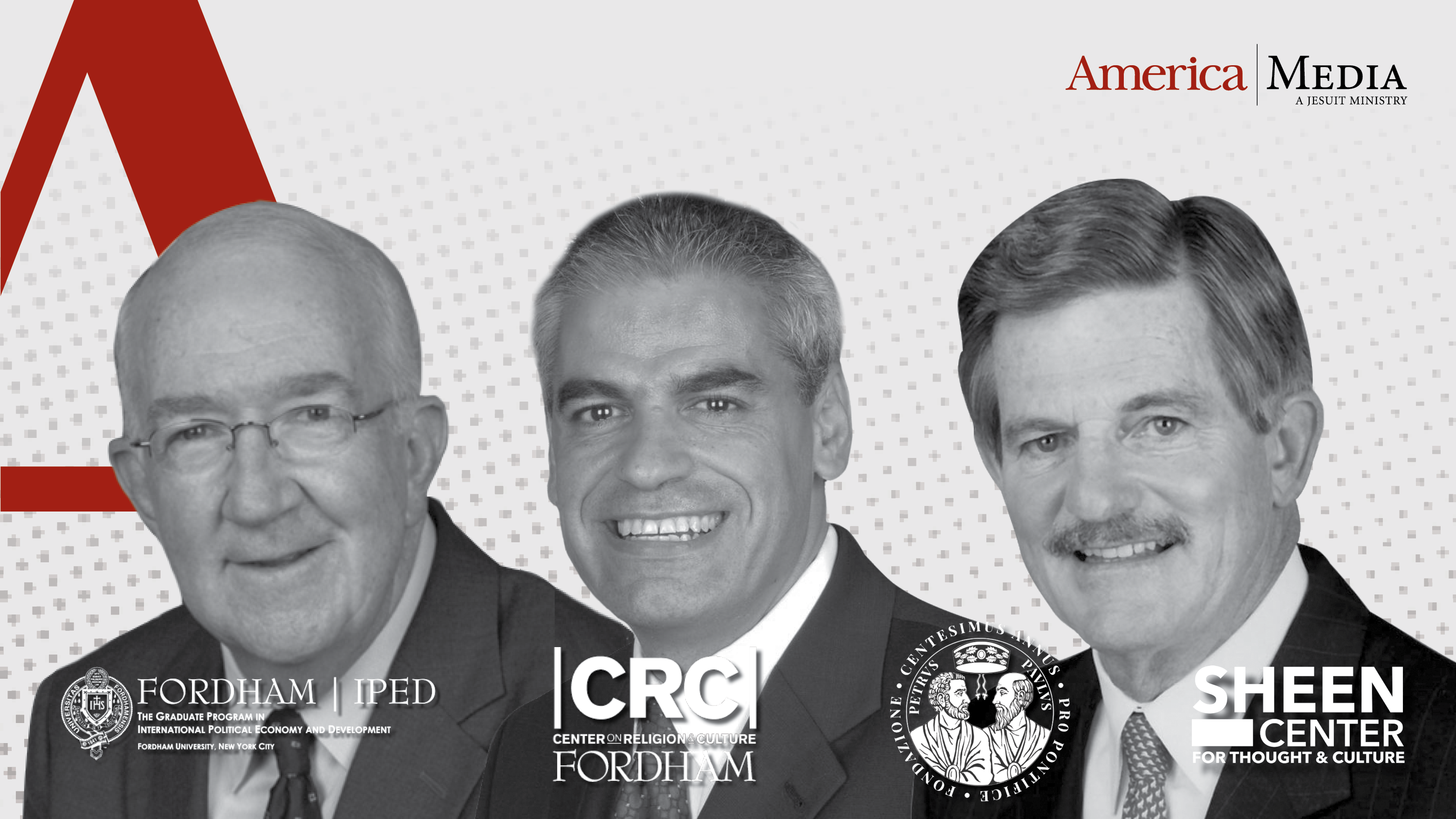 Join us for a conversation with three of the most recent U.S. Ambassadors to the Holy See as we commemorate the 35th anniversary of the normalization of relations between the United States and the Vatican. Ambassadors Jim Nicholson, Miguel Diaz and Ken Hackett will join Fr. Matt Malone, S.J., editor in chief of America, to discuss the importance of U.S.-Vatican relations and what unique accomplishments it is able to produce.

Tickets may be purchased for $20 here.

Amb. R. James Nicholson served as U.S. Secretary for Veterans Affairs (2005-07) and as U.S. Ambassador to the Holy See (2001-05). During his tenure Pope John Paul II knighted him for his leadership on human rights issues in Europe. He was the chairman of the Federal Interagency Council on Homelessness. Jim was a director of New Community Development Corporation and Commissioner of the Defense Advisory Committee on Women in the Services (DACOWITS), both Presidential appointments. Jim has led an active political life, which includes serving as chairman of the Republican National Committee from 1997-2001. He has worked on a number of political campaigns at every level, from county commissioner to U.S. President.

Amb. Miguel H. Díaz is the John Courtney Murray University Chair in Public Service and was selected by President Barack Obama as the 9th U.S. Ambassador to the Holy See. Prof. Díaz obtained his doctorate in Systematic Theology from the University of Notre Dame. He is a member of the Catholic Theological Society of America (CTSA) and member and former President of the Academy of Catholic Hispanic Theologians of the United States (ACHTUS).  In 2013, Prof. Diaz was the recipient of the prestigious Virgilio Elizondo Award from ACHTUS, given in recognition for distinguished achievement in Theology. He has been awarded honorary doctorates from a number of universities, including Fordham University and Portland University.

Amb. Kenneth F. Hackett served as the United States Ambassador to the Holy See from 2013 through 2017. He was previously president of Catholic Relief Services (CRS). Hackett attended Boston College, graduating in 1968. He then joined the Peace Corps and served in Ghana. Afterwards, he joined Catholic Relief Services (CRS), serving in Africa and Asia. He was named the president of CRS, retiring in 2011. He was nominated to the post by President Barack Obama in June 2013 and confirmed by the Senate on August 1, 2013.He presented his Letters of Credence to Pope Francis on October 21, 2013. In March 2016 he was appointed Knight Grand Cross of the Order of Pius IX. Hackett received an honorary doctorate from the University of Notre Dame in 2007. He was also awarded the Laetare Medal in 2012 by Notre Dame.