Why Do We Need a Church? An Event with Father Michael Himes

Why Do We Need a Church? An Event with Father Michael Himes 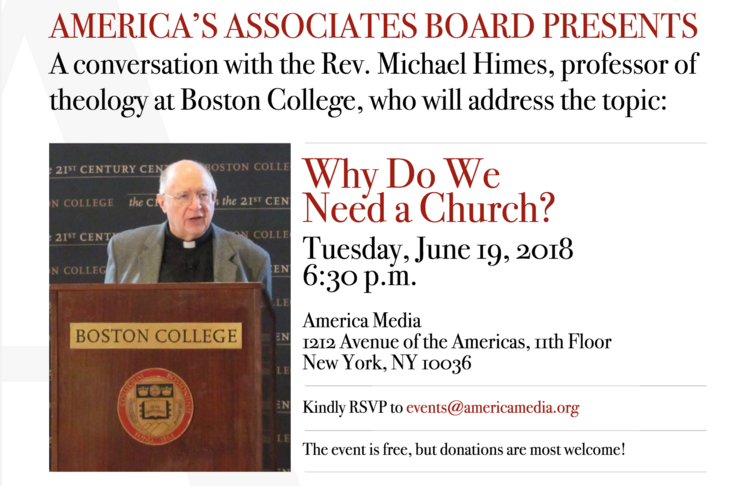 The Rev. Michael Himes is a very popular preacher and teacher. After teaching at the University of Notre Dame, he has taught at Boston College for the last 25 years and has received numerous teaching awards (Most Influential Teacher at Notre Dame, 1990 and 1991, and Outstanding Teacher of the Year Award at Boston College in 2002). Before that he was the dean of Immaculate Conception Seminary in Huntington, Long Island, the seminary for the Rockville Centre and Brooklyn dioceses. He received his Ph.D. in theology from the University of Chicago. He is a native of Brooklyn and a priest of the Diocese of Brooklyn.

Note: In the on-screen graphics during the video, "S.J." was incorrectly added at the end of Fr. Himes's name. He is not a Jesuit, but rather a priest of the diocese of Brooklyn. We regret the error.