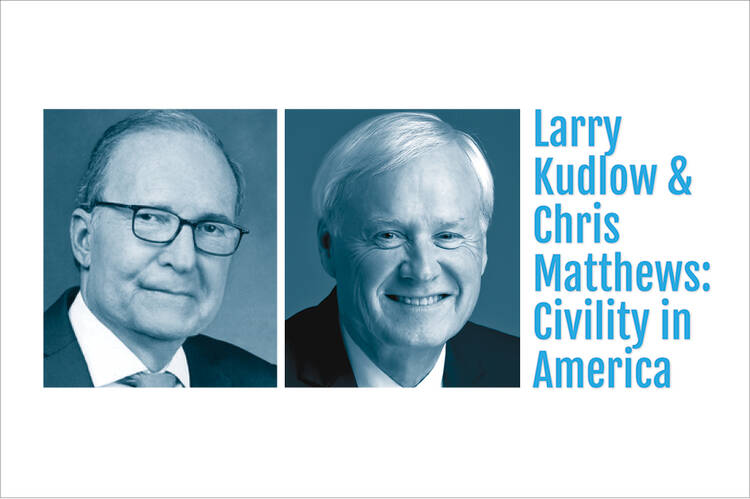 We have been notified that Larry Kudlow, the Director of the National Economic Council, will be leaving on a mission to China at the behest of the President at the same time as our Civility in America: Part 2 -- The Media event next Wednesday, May 2. As a result, we are postponing this event to next season. Ticket holders will be contacted by the box office.

A conversation on the polarization of American society, the importance of a free press, and the power of the media to build both walls and bridges between communities.