Crisis in the Central African Republic: Kevin Clarke reports from Bangui and Bossangoa 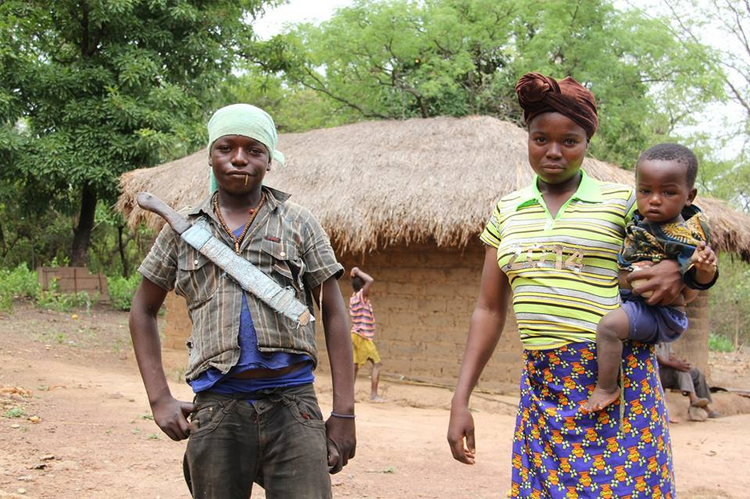 Kevin Clarke, America's chief correspondent and senior editor, traveled with Catholic Relief Services to the Central African Republic, a country that has been torn apart by communal violence since 2012.

Green doors and green porch trim mark the small shops that are—or were—owned by Muslims in the Point Kilometer 5 quarter of Bangui, the capital city of the Central African Republic. Many of them are open this morning in early May—more as you cruise closer to the city’s central mosque—and foot traffic seems strong at these small, roadside shops. But just as many doors are shuttered, and many green-trimmed shops are damaged or completely demolished. And closer to the informal border watched over by twitchy anti-balaka “militia,” the shops and the streets are sullen and empty. The Muslims who have taken refuge behind the mosque’s high walls since December know that to go down these empty side streets risks a sudden and brutal death . . .

The Bishop Who Was Set Free (5/12)
“The general security situation in this country is awful,” says Msgr. Nestor-Désiré Nongo-Aziagbia, bishop of Bossangoa in the Central African Republic. “Terrible,” he adds, shaking his head sadly.

After Seleka Raids, Sowing Survival in Bossangoa (5/8)
The church’s international relief and development agencies Catholic Relief Service/Caritas aim to get seed along with cultivation tools to as many as 10,000 families in the subsistence farming villages which surround Bossangoa.

An Evening with the General (5/7)
General Dhaffane, the acting president of the Muslim Seleka movement, expresses regret for the excesses committed by his rebel alliance when they came to power in a 2013 coup.

Farewell to Arms in Central Africa? (5/6)
Maxime Machom, once a business owner and a church pastor, now a commander of the anti-balaka (anti-machete) militia, says the people of the Central African Republic are tired of the fighting and are ready for a ceasefire.

A Young Man Saved by a Hat (5/4)
Mohamed Bomassa, 23, is joining with other young people across religious lines to bring a message of peace and reconciliation to Central African communities now trapped in sometimes deadly cycles of suspicion and recrimination.

Fearing Your Neighbor (4/30)
In Bangui, People struggle to understand how this affliction of communal violence began, but no one seems fully capable of explaining how one-time neighbors could suddenly turn on each other and how the intensity of that  violence so quickly accelerated.

Christians and Muslims in C.A.R.
Catherine Mahony is Regional Emergency Coordinator for the U.K.’s Catholic Agency for Overseas Development (CAFOD). On April 29, she led an inter-religious team of representatives from Christian and Muslim charity groups to Bangui’s Grand Mosque, where thousands of Muslims have taken shelter since the disorder in the Central African Republic began.

In C.A.R., a Harvest in Disaray
Kyla Neilan is a program manager for Catholic Relief Services working on agricultural restoration and food security issues in this hard-hit region of the Central African Republic. Villagers around Bossangoa have endured months of disorder and vicious attacks from Seleka militia. Without cultivation tools and seeds for planting, the 2014 harvest is in disarray and widespread hunger threatens in the months ahead.

Scenes from Bossangoa and Bangui

The Road from Bossangoa: Scenes from the Central African Republic