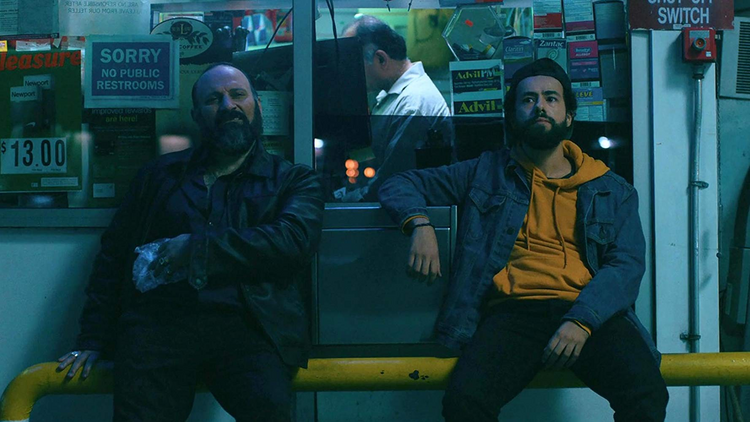 While the importance of representation in media always made sense to me, I had never truly experienced what it felt like until I watched Hulu’s “Ramy.”

The show follows the titular character as he navigates the trials and tribulations of being an American Muslim living in post-9/11 America. “There’s Friday prayer, and there’s Friday night, and I’m at both,” Ramy says, conjuring a familiar feeling of being caught between two lives.

Making friends was always hard for me growing up. No matter how much I tried, I never felt a sense of belonging. In the third grade I told another child I was a Muslim, and she reacted by making a stabbing motion towards me with her plastic fork. I internalized all of the Islamophobia that surrounded me in this country and did everything I could to run away from my identity. When people asked me why I didn’t eat meat at a non-Muslim friend’s house I lied and said I was vegetarian.

“There’s Friday prayer, and there’s Friday night, and I’m at both,” Ramy says, conjuring a familiar feeling of being caught between two lives.

As much as I did not feel like I fit in the Northern Virginia community in which I grew up, I didn’t feel like I belonged in the Muslim community either. I didn’t want to reach out to my parents with questions about relationships, sex and the day-to-day discrimination I faced, because I knew the answer they would give: “Be a better Muslim.” They belonged to a different culture than I did, and they made sacrifices to build our life in America. To complain to them felt ungrateful.

And it turns out I’m not the only one who felt this way. Ramy’s American friends don’t understand him, and neither do his parents. In “Ramy,” his quest to figure out what kind of American Muslim he wants to be even takes him to Egypt, where his dad’s family lives. But where he expects to find peace in his homeland—a place where it is easier to be Muslim—he finds a country that’s just as spiritually confusing as New Jersey.

Ramy’s struggle to find a balance between his American and Muslim identities is represented most clearly in the fourth episode of the first season, “Strawberries.”

The episode depicts a young Ramy in the days following the terrorist attacks on Sept. 11, 2001. He was no longer invited to birthday parties. His friends question his loyalty and ask him if he is a “terrorist.” Ramy even wonders if his friends are right, and starts comparing his father to the terrorists he sees on TV. He asks himself whether the death of his classmate’s mother in the attack is his fault.

Ramy’s anxiety leads to a nightmare in which he sees Osama Bin Laden in his kitchen late at night. They sit down to have a conversation over strawberries and whipped cream. In the dream, Bin Laden lectures Ramy about how he belongs in Egypt. When Ramy asked Bin Laden about the death of his classmate’s mother, Bin Laden tells Ramy about the deaths of all of the many mothers who have died as a result of Western greed in the Middle East.

Growing up, I so badly wanted to be accepted. Too Muslim to be American, but too American to be Muslim.

Jarringly, Ramy asks Bin Laden the question he cares most about: Why can’t he have a cell phone like the other kids?

Ramy’s Bin Laden dream conveys the uneasiness that many Muslims growing up in the United States feel—feelings I had never seen anyone in movies or television experience before. Feeling a sense of guilt for the crimes of radicalized Islam despite knowing you had nothing to do with it. Wanting to love your country and the great life that you are allowed to live here, but knowing that many around you see you as an outsider, or even a terrorist, because of your funny name and tan skin. The guilt of knowing that many kids just like you are back home under threat of constant violence.

And despite all of this, Ramy’s greatest desire: a cell phone. He’s just a kid. And a cell phone holds the promise that Ramy will finally be like his school friends.

Growing up, I so badly wanted to be accepted. I felt as though I had no mouth but needed to scream. A constant, ever-growing mountain of anxieties and no one to relate to. Surrounded by people, but alone in my struggle. Too Muslim to be American, but too American to be Muslim.

While “Ramy” doesn’t resolve that struggle, it gives young Muslim-Americans a chance to finally feel that they fit in—with one another.

Muslim scholars teach that Muslims should generally be truthful to each other, unless the purpose of lying is to "smooth over differences" or "gain the upper-hand over an enemy" There are several forms of lying to non-believers that are permitted under certain circumstances, the best known being taqiyya (the Shia name). These circumstances are typically those that advance the cause of Islam - in some cases by gaining the trust of non-believers in order to draw out their vulnerability and defeat them. Quran Quran (16:106) - Establishes that there are circumstances that can "compel" a Muslim to tell a lie. Quran (3:28) - This verse tells Muslims not to take those outside the faith as friends, unless it is to "guard themselves" against danger, meaning that there are times when a Muslim may appear friendly to non-Muslims, even though they should not feel friendly. Quran (9:3) - "...Allah and His Messenger are free from liability to the idolaters..." The dissolution of oaths is with pagans who remained at Mecca following its capture. They did nothing wrong, but were evicted anyway. (The next verse refers only to those who have a personal agreement with Muhammad as individuals - see Ibn Kathir vol 4, p 49) Quran (66:2) - "Allah has already ordained for you the dissolution of your oaths..." Quran (40:28) - A man is introduced as a believer, but one who had to "hide his faith" among those who are not believers."

Do not be discouraged. Many have traveled this road and we came out OK. Im a political refugee, my parents were uneducated yet wanted the best that America had to offer to me. In becoming Americanized, like you, I found myself belonging in neither culture. Add to this being a closeted homosexual raised in a traditional Catholic Latino culture, and you can guess how that proceeded. Yet my story is no different than immigrants to America long before me: we all had the same struggles, growing pains and evolution. It made us stronger, gave us perspective and it allowed us to comfort others far worse than us with similar struggles of belonging. You'll be fine. Keep the Faith and keep evolving. It gets better.

Assuming that your comment is in reference to mine being a second generation of immigrant grandparents I am well aware of the their experiences and insuring that their children were well educated and every one spoke English. The article and my comments are very specific to Muslim immigrants as the Koran, unlike our Bible, is in opposition to and incompatible with our Constitution. The anti-American rantings of several Muslim members of Congress confirms this.

This article also appeared in print, under the headline “Muslim-Americans see themselves in 'Ramy',” in the October 14, 2019, issue.

Mansur Shaheen is a Kashmiri-American writer based in the D.C. area. He attends George Mason University and got his start in journalism as a writer on the N.F.L.