At the Ambo: The unique perspective of women preachers 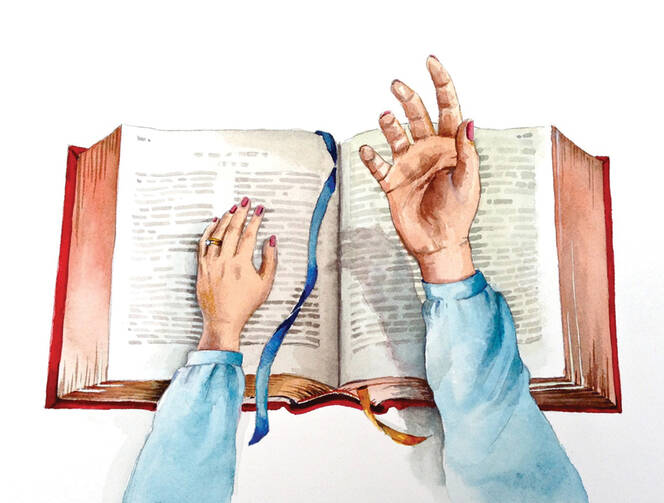 During Sunday Mass years ago, the presider, after reading the Gospel and giving the homily, asked if anyone would like to share with the congregation. Seven parishioners, one by one, stood and spoke. Each was a woman. The first told of her healing from cancer, the second of the blessing of sitting with her dying father. A mother spoke on how God teaches her through her children. The other stories have faded from my memory, but what I do remember is the riveting witness of the women’s testimonies. I also recall feeling profound sadness that the voices of women throughout our church’s history had rarely been heard publicly at Sunday liturgies. I wept.

Lay people can be permitted to speak on the word at Mass either before Mass or after the Communion Rite, and over the years, I have heard women in various parishes give reflections on the word at Mass. I know some of these women, and for them preaching is a charism, a spiritual gift received for the service and building up of the community.

“As I stand at the ambo,” one of the women said, “I feel anointed, as if the words of Psalm 139—‘Before a word is on my tongue, you know the whole of it’—live in me.” When Scripture is proclaimed, God is made present and actively touches lives, one of the women preachers said to me, “so we take this ministry as a responsibility.” As if traveling with a lantern in the dark, the women seek out God’s presence in the details, often in those relegated to shadows or footnotes in the Scriptures. These women understand their work as aligned with Wisdom.

“My experience as a woman, mother, sister, daughter or friend influences my reflection on the weekend readings,” says one woman who preaches monthly. “My perspective complements what others who are not women, mothers and daughters might discover in God’s word.”

These women declare and make clear the Gospel’s message, often finding God in collaboration, in relatedness. One woman, when “reflecting” on Moses, the liberator and lawgiver, called our attention to his backstory. “What have we heard,” she asked from the ambo, “of the women whose courageous and disobedient acts saved the infant boy: the two clever midwives who told Pharaoh they could not kill the child because Jewish women are vigorous and give birth before they arrive; the Hebrew mother and the newborn’s sister, who instead of drowning the boy in the river, floated him in a basket in the rushes; the compassionate daughter of the oppressive Pharaoh, who told her maid to draw the child out of the water and entrust him to a Hebrew nurse? Had it not been for each woman’s obedience to the God of the living....”

Women are blessed and challenged with the gifts of wisdom and compassion in special ways. At times, this wisdom gives a new spin to an old story. In preparation for preaching on the widow’s mite (Mk 12:41-44), one woman wondered how someone with inside knowledge of the story (that is, a widow), though an outsider culturally and historically, would interpret the action of giving those two coins, so she interviewed a woman from her parish who at that time had been a widow for 25 years. In earlier years, this widow and her five freckled-faced, red-headed children—three girls in straw hats with ribbons trailing down their hair, and two boys—had paraded down the aisle together to sit in the front pews every Sunday. How would this widow interpret the reading?

“I never liked that story,” she said. “The church always thinks of the poor widow. I had a house. I told my five children, we live in one of the richest countries in the world. The story is not only about a so-called poor widow, but about, ‘Do not be afraid,’” she said. “It is about giving God thanks and praise.”

The woman at the ambo factored this insight into her reflection and closed by spelling aloud the homonym: “The gesture of the widow’s M-I-T-E resounds as the widow’s M-I-G-H-T.”

People sit in the pews, waiting for the word. Souls lean forward, hungry and longing. The word that is proclaimed must hold us, must stay with us. The women say this is why they understand their preparation and prayerful attention to the Spirit of God is foundational to their delivery. They experience grace, albeit in unique ways, in their readying.

“I usually start preparing about a month in advance,” said one woman, “I read the Scriptures repeatedly and let them simmer. As I go about my regular business, all sorts of ideas pop up that seem to be related to those Scriptures in ways I wouldn’t have imagined.” For another, the steps just before speaking provide a profound sense of the confirmation of her work. “What is most prayerful for me is going up to the ambo,” she said. “I have an opportunity to share grace, putting God’s message out there for the people, as a teacher would. It is exactly where I am supposed to be.”

In parishes where women preach, I found the congregations appreciative and eager to hear them. A male Catholic said to me, “Hearing a Catholic woman reflect on the word during Sunday’s liturgy is a breakthrough experience for women, and for men. It strengthens us as the body of Christ.”

Church tradition gives evidence of women’s preaching. The first to see the empty tomb, women were also the first commissioned to proclaim the good news. “Do not be afraid!” the angel told the women. “Go quickly and tell [Jesus’] disciples, ‘He has been raised from the dead’” (Mt 28:5-7). Jesus tells Mary Magdalene, the Apostle to the Apostles, “Go to my brothers, and tell them ‘I am ascending to my Father and your Father, to my God and your God!’” (Jn 20:17).

In the early church, St. Paul refers to Junia, not as a lesser apostle, but as “outstanding among the apostles” (Rm 16:7). He addresses husband-and-wife teams of house churches—where communities of Christians in a single household provided a center of worship, study and hospitality for wandering preachers—but he also singles out women who have headed their communities alone. He writes: “I commend to you our sister Phoebe, a deacon of the church at Cenchreae (Rm 16:1-2). In the First Letter to Timothy, Paul explicitly includes women among the deacons (3:11).

Women deacons served “members of their own sex in baptism” and “in the ministry of the word,” wrote Pelagius in the fourth century. Study after study leaves “little doubt that women deacons existed for centuries in Christianity,” Gary Macy writes in Women Deacons: Past, Present and Future. Yet the church eventually excluded women from ordained diaconal ministry, which includes preaching. How can we reclaim and continue some part of this tradition today?

There are women who feel called to preach and who are theologically and spiritually prepared. They have studied theology at the university level, are or have been members of a religious order or have knowledge of a particular pastorally sensitivity within their parish communities. They demonstrate an expertise or experience of the lay faithful, as required by Canon Law (No. 766). These women might work with pastors to set a schedule of regular dates for women to reflect on the word during the Sunday liturgy. Can the church find a more appropriate format for lay persons to preach on the word, not just before Mass or after the Communion Rite, but during the Liturgy of the Word? Our work as Catholic women, lay and religious, is one of midwifery for the future church. These women who preach are lighting a path, clearing the way.

“It seems to me that after listening to a diversity of good preachers—women, men, deacons, priests, mothers, fathers, spouses and single folks—it would be hard to return to listening to just one and the same person week after week,” one woman said to me. “After all, the word of God is boundlessly inspiring—challenging us over and over to discern how we can be better disciples and appreciate and share God’s love in our lives and relationships.”

Two thousand years after Mary Magdalene ran and told the brothers, 2,000 years after Junia served as “outstanding among the apostles” and our sister Phoebe taught as a deacon, many Catholic women feel discouraged or excluded by the church. Preaching offers an ancient yet new way for the church to hear the good news proclaimed with women’s wisdom. This wonderful practice of women preachers, one that enlightens everyone, must not stay hidden under a bushel basket, but must emerge as a light, so that others today might say, as the townspeople of Samaria did 2,000 years ago, “We believed in him on the strength of the woman’s testimony” (Jn 4:39). 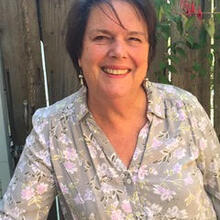 Jean Molesky-Poz, a lecturer in the religious studies department of Santa Clara University, is the author of Contemporary Maya Spirituality (University of Texas Press) and recently published a series of articles on the charism of St. Clare of Assisi in The Way.