Podcast: Catholics and the crisis of white Christian nationalism 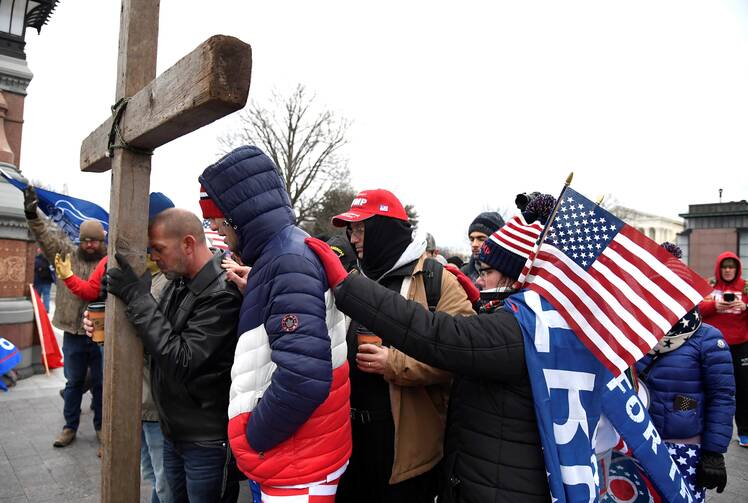 For many Christians, the prevalence of the religious imagery at the Jan. 6 attack on the U.S. Capitol—crosses, rosary, a flag proclaiming “Trump Is My President—Jesus Is My Savior”—came as a shock. But not for this week’s guest, Brad Onishi, who joined (and eventually left) an evangelical church that combined the conservative politics and “God and country” faith embraced by many who sought to overturn the 2020 election that day.

Brad is a co-host of the “Straight White American Jesus” podcast and the author of the new book, Preparing for War: The Extremist History of White Christian Nationalism — And What Comes Next. We discuss the history of white Christian nationalism, how Catholics and evangelicals became allies in our political and culture wars, and if there’s a non-toxic way to mix faith and politics.

In Signs of the Times, Zac and Ashley mark the passing of Sister André, a French nun and oldest known person in the world, who died this week at the age of 118; the late Pope Benedict XVI’s custom-made cologne; and the future of the March for Life on its 50th anniversary.