Nancy Pelosi responds to being barred from Communion: I respect pro-life views but not ‘foisting them onto others’ 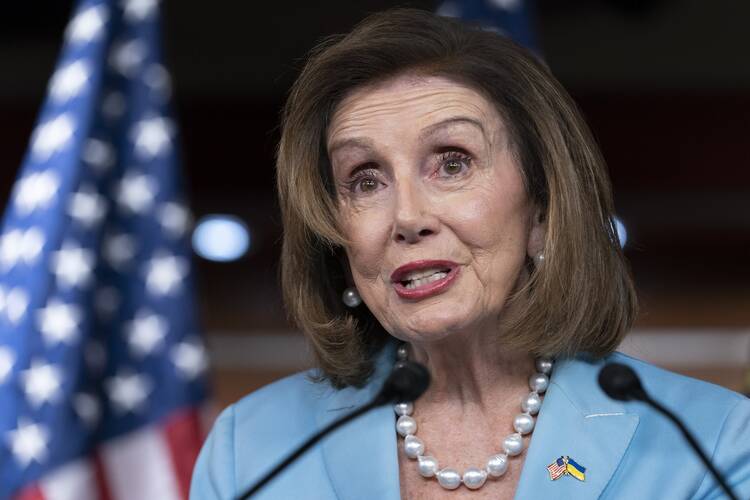 Speaker of the House Nancy Pelosi, of California, speaks during a news conference on May 19, 2022, on Capitol Hill in Washington. (AP Photo/Jacquelyn Martin, File)

Addressing news that the archbishop of San Francisco has barred her from receiving Communion, Speaker Nancy Pelosi said that while she respects people who hold a different view on abortion rights than her own, she does not respect their efforts in imposing those views onto others.

“I come from a largely pro-life, Italian-American Catholic family, so I respect people's views about that, but I don’t respect us foisting it onto others,” Ms. Pelosi said during an interview on “Morning Joe.”

Archbishop Salvatore Cordileone issued a press release last Friday and granted an interview with Gloria Purvis, host of America Media’s “The Gloria Purvis Podcast,” about his decision to bar Speaker Pelosi from Communion. In addition to a letter he sent to Ms. Pelosi, which he made public, the archbishop also released a letter to “the faithful” and to priests in the archdiocese.

“I come from a largely pro-life, Italian-American Catholic family, so I respect people's views about that, but I don’t respect us foisting it onto others,” Ms. Pelosi said on Tuesday.

The archbishop’s restriction covers churches in the Archdiocese of San Francisco, but on Sunday, Speaker Pelosi attended Mass in Washington, D.C., and received Communion, according to Politico. The church she attended over the weekend, Holy Trinity, is a Jesuit parish that President Biden sometimes frequents when he spends the weekend in Washington.

The archbishop of Washington, Cardinal Wilton Gregory, has previously said he would not deny Communion to President Biden, another Catholic political leader who supports legal abortion. The pastor of Holy Trinity said last year that he supported Cardinal Gregory’s approach to the issue of Communion for political leaders. The cardinal’s office has indicated that he would not be commenting on the controversy involving Speaker Pelosi.

Ms. Pelosi frequently cites her Catholic faith as motivating her politics, but her support for legal abortion has put her at odds with church teaching. Still, last year she met with Pope Francis during a private audience in Rome. For his part, the pope has urged bishops not to politicize the Eucharist and said he has never denied anyone Communion.

[Archbishop Cordileone on barring Nancy Pelosi from Communion: ‘I cannot in my conscience allow the situation to continue.’]

During Monday’s interview, the mother of five and grandmother of nine asked why other politicians who take political stances opposed to church teaching have not been targeted with similar restrictions.

“I wonder about the death penalty, which I am opposed to—so is the church—but they take no action against people who may not share their view,” Ms. Pelosi said.

She said that anti-abortion activists are also seeking to overturn other rights, such as access to contraception and same-sex marriage.

A handful of bishops who have expressed support for barring pro-choice politicians from Communion praised Archbishop Cordileone’s statement.

Archbishop Cordileone previously called for U.S. bishops to adopt a document that would lay the foundation to ban Catholic politicians who support legal abortion, including President Biden, from Communion. The bishops ultimately adopted a document that did not explicitly say political leaders who support abortion cannot receive Communion.

A handful of bishops who have expressed support for barring pro-choice politicians from Communion praised Archbishop Cordileone’s statement.

“I fully support both the pastoral and courageous actions that Archbishop Cordileone has now taken in an effort to awaken Speaker Pelosi’s conscience and at the same time to protect Catholics in the Archdiocese of San Francisco and throughout the country from being confused by Speaker Pelosi’s radical support for abortion, while claiming to be a faithful Catholic,” Archbishop Joseph F. Naumann of Kansas City, Kan., and a former head of the U.S. bishops pro-life committee, said in a statement.

Other Catholics worried that Archbishop Cordileone’s actions politicize the church.

“[It] is hypocritical of bishops to selectively dole out punishment, especially by withholding what we Catholics believe is the actual body of Christ,” John Gehring wrote at Religion News Service. “This hypocrisy undermines the church’s integrity and sends a message that the hierarchy is a mere political interest group.” 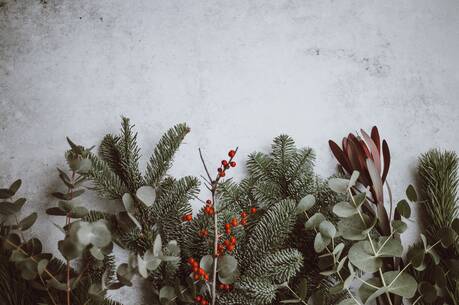