It’s too difficult for ‘ordinary’ people to run for office. The For the People Act can change that. 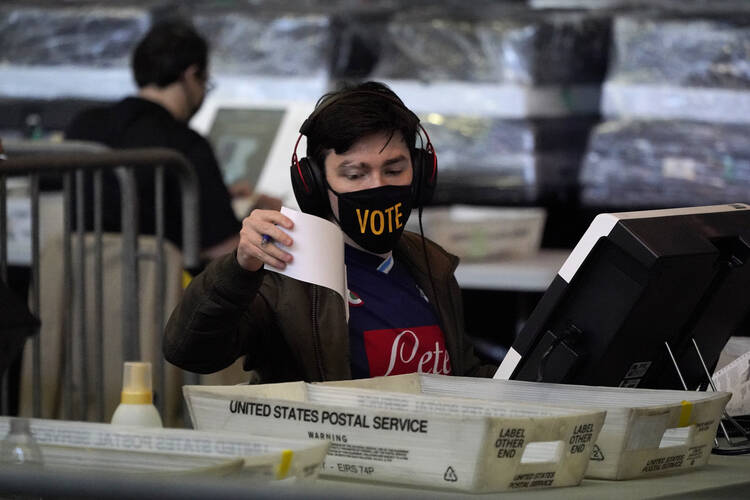 Ballots are counted at the Allegheny County Election Division warehouse on the Northside of Pittsburgh on Nov. 6, 2020. (AP Photo/Gene J. Puskar, File)

For another view of the best strategy to achieve election reform, see “11 (bipartisan) ways to improve voting in the United States,” by John Davenport.

Twenty years ago, as the legislative director for the citizen lobby Common Cause, I was working closely with the late Senator John McCain on promoting the McCain-Feingold Bill. This was a bill that would end the unlimited contributions from corporations, labor unions and wealthy individuals—known as “soft money”—that flowed into the coffers of both political parties in an endless stream of influence-buying.

We had arranged for Senator McCain to address the U.S. Conference of Catholic Bishops because we wanted them to join our coalition and lend it a powerful moral voice. I will never forget what Senator McCain said to them. In essence, he said that the system in Washington is corrupt and immoral because it is awash in a sea of special interest money, that the powerful have seats at the table but everyone else is left out of the very discussions that will impact their lives for generations. Senator McCain said the system dishonored him personally, and he refused to sit by and do nothing.

The system continues to make it hard for people of ordinary means to run for federal office.

Senator McCain’s words inspired the formation of Religious Leaders for Campaign Finance Reform, a ecumenical coalition of religious organizations. Religious Leaders for Campaign Finance Reform activated hundreds of thousands of faithful from across the country to call and write letters, demanding action from their elected officials. Their role was significant because they framed reform as a moral and ethical issue. After a multi-year campaign, the McCain-Feingold bill became law.

But because of the Supreme Court’s disastrous Citizens United decision in 2010, the system is again awash in a sea of special interest money—known as “dark money” because it is hidden from view and used in a way that promotes the interests of the few at the expense of the many. The system continues to make it hard for people of ordinary means to run for federal office, and so, despite some recent gains made by women and people of color, Congress is far from reflective of the country as a whole.

Once again, the movement for political reform is fighting to restore faith in our institutions of government. And once again, we need the voices of the faithful. Perhaps because of the influence of Catholic social teaching, President Biden speaks about reform in much the same manner that Senator McCain once did.

The movement for political reform is fighting to restore faith in our institutions of government. And once again, we need the voices of the faithful.

Indeed, in some of his first comments as a newly elected senator back in 1973, Mr. Biden testified in favor of publicly financed campaigns so that members of Congress would not be beholden to large donors to the detriment of the public good. In an extraordinary moment of honesty and self-reflection, Mr. Biden said, “I think that when we ask men and women to go out and raise the hundreds of thousands of dollars that is necessary to run for public office in this nation, we are putting them in a position of being exposed to great temptation. Not personal financial gain, but great temptation to maybe not say what they think all the time, maybe not take the positions they support all the time.... All I know is that I have felt that pressure.”

With Mr. Biden’s leadership today, and with the overwhelming majority of Americans supporting real reform for our institutions of government, we may well succeed in what has been a multigenerational struggle for a just and equitable system of governance.

Part of this desire for real reform stems from the fact that we are coming off the heels of the most corrupt administration in U.S. history, one that destroyed and desecrated democratic norms and exploited every known loophole in order to advance its own interest at the expense of the common good.

Comprehensive reform legislation, called the For the People Act (H.R. 1 and S. 1), is now before the House and Senate. [Update: The U.S. House passed the bill on March 3.] This transformational legislation would restore just and equitable governance by focusing on three main areas: restoring and enhancing voting rights and election integrity, with a special emphasis on combating voter suppression; establishing a small-donor matching fund system that would end candidates’ dependency on big donors, allow citizens of average means to run for federal office and help make Congress more representative of the U.S. population; and overhauling ethics rules that apply to all three branches of government.

Virtually every single member of the Democratic caucus in both houses has endorsed H.R. 1 and
S. 1, and the opportunity for reform is real—right now.

This would be the most dramatic electoral reform package since Watergate, and with the Senate now in Democratic hands, the chances of its passage have increased. But it is not just Democrats who support sweeping reform. A poll conducted in several battleground states by the group End Citizens United two months after the 2018 election speaks to the electorate’s broad-based, bipartisan support for reform. E.C.U. found that 85 percent favored a small-donor matching system, 88 percent favored full transparency of all political donations, and 85 percent favored making access to voting more accessible and available to working-class people.

The For the People Act also has the support of over 180 national organizations, from environmental organizations to major religious denominations, from labor unions to a multitude of good government organizations. Among them is Faithful Democracy, a multidenominational coalition of religious leaders and organizations. In its mission statement, Faithful Democracy writes: “While our partners represent a diversity of beliefs and traditions, we unite around the common goal of creating a healthier, thriving democracy.... [O]nly a healthy, well-functioning democracy has the capacity to attend to any of the issues our faith calls us to address: systemic racism, climate change, hunger, violence, poverty, health care and more.”

American democracy is in crisis. Do we have what it takes to save it?
Drew Christiansen

While there has been talk of other reform measures, H.R. 1 stands the best chance of passage. Virtually every single member of the Democratic caucus in both houses has endorsed this legislation, and the opportunity is real—right now.

“Reform” can be a dry word, but when you realize that it means a chance at justice, a chance at elevating the voices of the poor and disaffected so that they have a seat at the table where policy is made, then it takes on great power. It is a word that is not only descriptive but sacred. A word that demands vigilance and action. A word that is required if we are to realize the full promise of this republic. 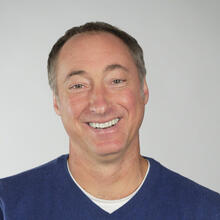 Matt Keller is the vice president of Democracy 21 in Washington, D.C. He has been the executive director of the Global Learning XPRIZE and a senior program officer with the United Nations World Food Programme serving in Rome, Italy. He started his career as a Jesuit Volunteer in Portland, Me.