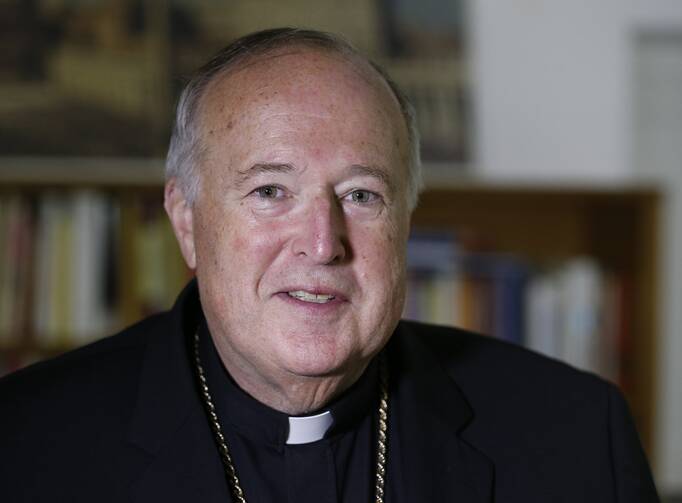 Pope Francis has appointed Bishop Robert McElroy of San Diego to the board of the Vatican’s Dicastery for Promoting Integral Human Development. The news is reported in the new Vatican yearbook (Annuario Pontificio 2021) that has just been published.

His appointment comes as no surprise since Pope Francis invited him to participate in the Synod of Bishops for the Pan-Amazonian Region in October 2019. He was one of only three bishops from the United States who participated in that synod; the other two were Cardinals Sean O’Malley of Boston, a member of the pope’s council of cardinal advisors, and Kevin Farrell, prefect head of the Vatican’s Dicastery for the Laity, Family and Life.

Bishop McElroy, a graduate of Harvard University, Stanford University and the Pontifical Gregorian University, is recognized in Rome as a top expert on the social doctrine of the church. He had earlier participated in the Vatican symposium on “integral disarmament,” in November 2017, at which Pope Francis not only condemned the use but also the possession of nuclear weapons.

Bishop McElroy is recognized in Rome as an expert on the social doctrine of the church and had participated in the symposium on “integral disarmament” at which Pope Francis condemned the use and the possession of nuclear weapons.

The dicastery is headed by the Ghanaian Cardinal Peter Turkson. Its members come from all continents to represent the universality of the church and include eight cardinals, 11 bishops, three clerics and 18 laypeople, including three women religious.

The members of the dicastery’s leadership board are chosen because of their expertise or experience in a given area relevant to the dicastery’s mandate. Their task is to provide general oversight over the work of the dicastery and to help map out its agenda for the next two to three years. They are also expected to provide expert input in their area of competence. Under normal times, they would meet annually or every two years, but in this period of pandemic they will confer by internet conference.

Besides Bishop McElroy, there are four other Americans on the board. One is Sheila Kinsey, F.C.J.M., the executive co-secretary for the Justice, Peace and Integrity of Creation Commission of the Union of Superior Generals and International Union of Superior Generals (U.I.S.G.). That commission partnered with the Global Catholic Climate Movement to promote the two-year campaign Sowing Hope for the Planet, with more than 250 congregations taking part.

Mary Haddad, R.S.M., the president and C.E.O. of the Catholic Health Association of the United States, the largest nonprofit health care provider in the nation, was also appointed. Nearly one in every six patients in the United States is cared for in a Catholic hospital.

The two other Americans are Monsignor Robert Joseph Vitillo, the secretary general of the International Catholic Migration Commission, who has wide experience over many decades in the field of Catholic charities, human development, migration and refugee work; and Sean Callahan, the president and C.E.O. of Catholic Relief Services, the official international humanitarian agency of the Catholic community in the United States. Mr. Callahan has worked with C.R.S. for many years and gained extensive international experience in the organization, which serves people in over 100 countries. He is also first vice president of Caritas Internationalis and president of Caritas Internationalis North America.

The one Canadian on the board is Anne Leahy. A former Canadian ambassador to the Holy See, she has also served as ambassador to Poland, Russia, Chad, Cameroon, the Central African Republic, Armenia, Uzbekistan and Belarus, and to the Great Lakes Region of Africa. She has taught courses on the social teaching of the church at McGill University in Montreal, and was federal coordinator for World Youth Day in Canada in 2002.

Integral Human Development has a broad mandate related to the Holy See’s concern for issues of justice and peace, including migration, health care, charitable works and the care of creation.

Another well-known expert from the Anglophone world appointed to the dicastery’s board is Anna Rowlands, the St. Hilda Associate Professor of Catholic Social Thought at Durham University in the United Kingdom. Dr. Rowlands was one of the panel members who presented the encyclical “Fratelli Tutti,” at the Vatican in October 2020.

This Vatican dicastery was established in January 2017, emerging from curial reform initiated by Pope Francis. It is now one of the largest departments in the Roman Curia.

Integral Human Development has a broad mandate related to the Holy See’s concern for issues of justice and peace, including migration, health care, charitable works and the care of creation.

As the coronavirus pandemic hit, Pope Francis set up a commission within this dicastery to express the church’s care for the human family afflicted by Covid-19. It has made proposals to governments and international organizations to discern a path for the building of a better world after the crisis ends.

As its statutes explain, the dicastery seeks “to promote integral human development in the light of the Gospel and in the tradition of the Church’s social teachings. To this end, it maintains relations with the Conferences of Bishops, offering them its cooperation so that values related to justice and peace as well as the care of creation may be promoted.”

It also “expresses the Holy Father’s care for suffering humanity, including the needy, the sick and the excluded, and pays special attention to the needs and issues of those who are forced to flee their homeland, the stateless, the marginalized, victims of armed conflicts and natural disasters, the imprisoned, the unemployed, victims of contemporary forms of slavery and torture, and others whose dignity is endangered.” One unit of the dicastery deals specifically with matters regarding refugees and migrants and responds directly to the pope.

Gerard O’Connell
@gerryorome
Show Comments ()
Join the conversation: Login or create an account
Before you can comment, you need to update your profile to include your first and last name, as required in our comments policy. Then reload this page and you'll be set up for commenting. Update your profile