Podcast: Why the Holy See opposes Israel’s plan to annex parts of the West Bank

Podcast: Why the Holy See opposes Israel’s plan to annex parts of the West Bank 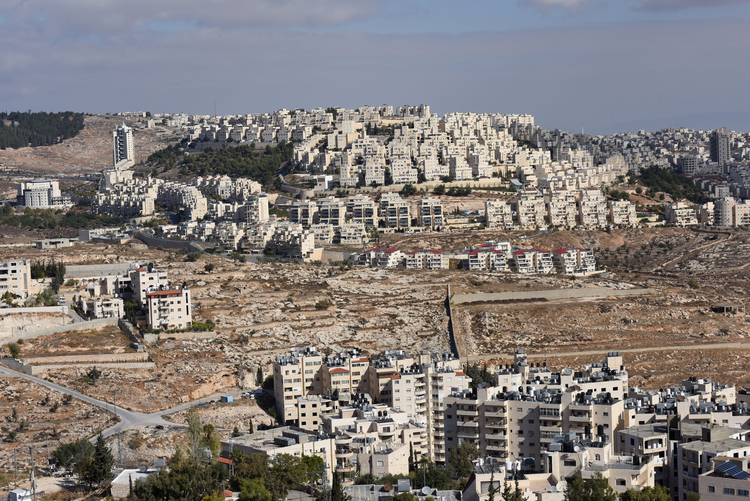 The Israeli settlement Har Homa is seen on the hillside overlooking houses in Bethlehem in the valley in the West Bank, in this Dec. 3, 2019, photo. The Vatican issued a statement May 20, 2020, stating concerns about an Israeli plan to unilaterally annex a large portion of land in the West Bank. (CNS photo/Debbie Hill)

This week on the “Inside the Vatican” podcast, America’s Rome correspondent, Gerard O’Connell, gives an exclusive look inside the Vatican museums, which will reopen with new social distancing measures in place on Monday, June 1.

Then, Gerry and I discuss the death of the former superior general of the Jesuits, Adolfo Nicolás. Father Nicolás led the Jesuits from 2008 to 2016 and was responsible in large part for implementing the justice-oriented vision laid out by the Jesuits’ 34th General Congregation. Gerry and I examine Father Nicolás’ legacy and his friendship with Pope Francis.

Up next, the Vatican spoke out against a U.S.-backed proposal for Israel to annex up to 30 percent of the West Bank. On the show, Gerry explains what the Holy See, which recognizes Palestinian statehood and has diplomatic relations with both it and Israel, aims to accomplish with its recent statement.

Finally, we give a few updates on Pope Francis’ recent message to Chinese Catholics, his announcement of a year of prayer and study of Laudato Si’, and plans for the pope’s Pentecost Mass.

The Vatican objects to Israeli plan to annex Palestinian territory

Show Comments ()
Join the conversation: Login or create an account
Before you can comment, you need to update your profile to include your first and last name, as required in our comments policy. Then reload this page and you'll be set up for commenting. Update your profile
Advertisement
More: Inside the Vatican / Middle East / Vatican

1
Podcast: Will the new commission on women deacons turn out any differently from the last one?
Colleen Dulle
2
Read: The letter Pope Francis wrote Benedict when his brother died
Gerard O’Connell
3
How Alexander Hamilton defended the rights of Catholics in a young America
Jason K. Duncan
4
When a Catholic leaves seminary or religious life
Simcha Fisher
5
Patriotic paintings we can be proud of on the 4th of July
Leo J. O’Donovan, S.J.