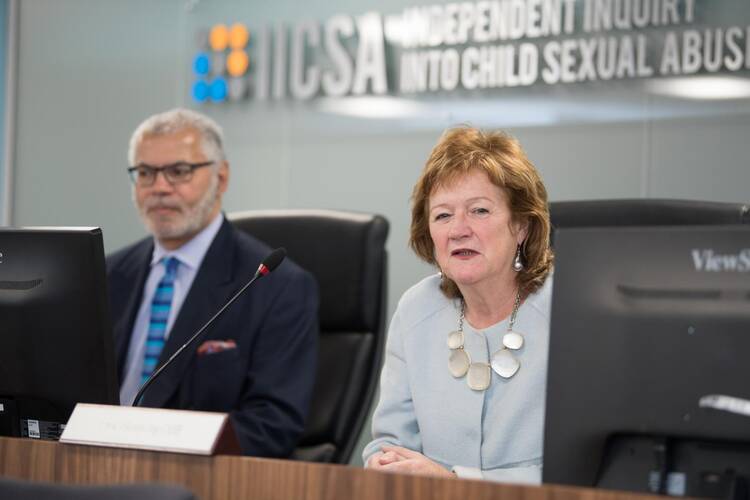 Since 2014, when it was set up by the then-interior minister Theresa May, the Independent Inquiry into Child Sexual Abuse has investigated 13 discrete areas of public life in England and Wales, secular and religious, where there were grounds to suspect that child protection rules were inadequately observed. Among the investigated institutions were two Benedictine abbey schools, Ampleforth and Downside, situated at opposite ends of England. The Inquiry’s findings, just published, have rocked the Order of St. Benedict and the Catholic Church here.

This is serious. The damning, 220-page report found, not only evidence of appalling sexual and physical mistreatment of children for more than 40 years beginning in 1960, with some victims as young as 7 at Ampleforth and 11 at Downside, but widespread indications of a “culture of acceptance of abusive behaviour and the prioritisation of monks and their reputations over the protection of children” in both institutions.

The report criticized “the prioritisation of monks and their reputations over the protection of children.”

“Monks in both institutions were very often secretive, evasive and suspicious of anyone outside the English Benedictine Congregation,” wrote Professor Alexis Jay of the University of Strathclyde, who chaired the inquiry, in a statement posted on the I.I.C.S.A. website.

Some of this abuse had previously come to light; 10 staff members, some of them monks, have already faced criminal proceedings and some are now imprisoned. The I.I.C.S.A. report, not shrinking from vivid description of some horrendous episodes, states that it is “likely” many more instances of abuse will emerge. What the investigators have found makes it all too plain that there was little or no institutional resistance to these evil activities.

Approached by America for comment, Ampleforth’s press office referred to a statement on its website that begins with a declaration of the school’s commitment to child care and protection but includes an acknowledgement of responsibility for failings “on many occasions.” A one-sentence apology to victims comes toward the end of this statement.

The Diocese of Westminster, the largest in England and Wales, sent a response to the revelations to every parish in time for Sunday liturgies, stating unequivocally that the harm inflicted on victims and survivors was both “criminal and sinful.” Citing the sixth-century Rule of St. Benedict, the vicar-general’s message pointed out that “The Master, Jesus, instructs his followers, everywhere and always, to have special concern and love for children, the vulnerable and the poor.” The declaration acknowledged that some had failed to listen to or respond to victims.

The Roman Catholic Church of England and Wales mandated research into child abuse in 2000, inviting the respected judge Lord Nolan to lead a major independent inquiry. This was, in part, the church’s response to the landmark Children Act that took effect in 1991. Lord Nolan, himself an alumnus of Ampleforth, and his committee produced a report with 50 recommendations for the church promoting a culture of vigilance and the involvement of civil authorities such as the police as an alternative to handling accusations internally.

The I.I.C.S.A. report, not shrinking from vivid description of some horrendous episodes, states that it is “likely” many more instances of abuse will emerge.

Lord Nolan concluded that report by recommending a review of its application after five years, and so the Catholic businesswoman Baroness Cumerlege chaired a review commission. Baronness Cumerlege pressed for a strategy of “safeguarding,” or protecting the vulnerable from abuse, with each parish or religious community responsible for trained safeguarding officers and clear procedures.

The I.I.C.S.A. report found evidence that, despite the church hierarchy’s endorsement of both reviews’ recommendations, its commitment was not always wholehearted, even at times placing the protection of accused clergy above that of vulnerable children.

The latest report presents an opportunity for reflection on good practice as well as the prospect of immediate remedial action. Both schools were found to be in need of a much stricter separation of governance between that of the school and of the monastic community. Reluctance to cooperate with external authorities receives reproach. Thanks to Lord Nolan and Baroness Cumerlege, and painstaking work by experts in the field, the knowledge of abuse and its prevention has greatly improved. The church could improve its safeguarding almost overnight if it stopped trying to be its own experts—effectively its own judges and jury.

At the very least, it ought to be obvious that the credibility of our evangelizing mission is vitiated as long as there remains a single proven instance of child sexual abuse. But that is not enough; it gets too close to just an extrinsic justification for proper behaviour. All the institutions investigated by I.I.C.S.A. still need to convince themselves that the intrinsic wrongness cannot be diluted; no justifications can be admissible. This latest report tells us that we still have serious work to do—that the objective of not getting caught is still too often our motivation, rather than the duty of care to the little ones for whom Christ has such special concern and love.

The San Antonio TX seminary is 70 percent gay starting with the priests, and no one wants to do anything about it, so what do you expect, "that you won't find that this begins and ends in Catholic schools/seminaries across the world?" Of course "seminarians who are not only pro-lgbtq indoctrinated, and are gay" begins in the school/seminary! Shocking? NO. Predictable? YES!

Gay does not equal child molester. But if you accept this premise, then allow married priests. You're likely to get more candidates who'd prefer sex with women.

Nothing will change until the church allows women to be priests and priests to marry. And apparently most Catholics just don't care enough about this issue to make the pope listen.

The Church does not do anything unless the State has the power to get after it. This has been going on for centuries.
This is a systemic flaw due to secrecy, hierarchy, seeking power, hypocrisy etc.
Some things may get better, maybe... but not much.
At one point, I thought monastic communities might do better, being smaller, and protected by their rules and constitutions. But that is not the case.
It is very sad. Maybe the institution does need to fall apart so the Church can live.

"it gets too close to just an extrinsic justification for proper behaviour."...
thank you for your honesty--there is still a scorecard mentality in too many places--"oh look at the new safeguarding procedures we have put in place since we were last found out.......we don't abuse as much as we used to.....isn't that wonderful progress?" You can read that kind of language in all the PR statements coming out of RCC in Pennsylvania.
" it ought to be obvious that the credibility of our evangelizing mission is vitiated as long as there remains a single proven instance of child sexual abuse"---absolutely true--even one case is one too many--and I would prefer to say "eviscerated" instead of "vitiated"--- an abusive institution has no evangelizing mission----despite your refreshing honesty, you still make the same mistake as all the other apologists that somehow, somewhere, there is a "good church" that will make things all right again.
Dream on.............