The Catholic Book Club: From contemporary poetry to a study of Mary Magdalene 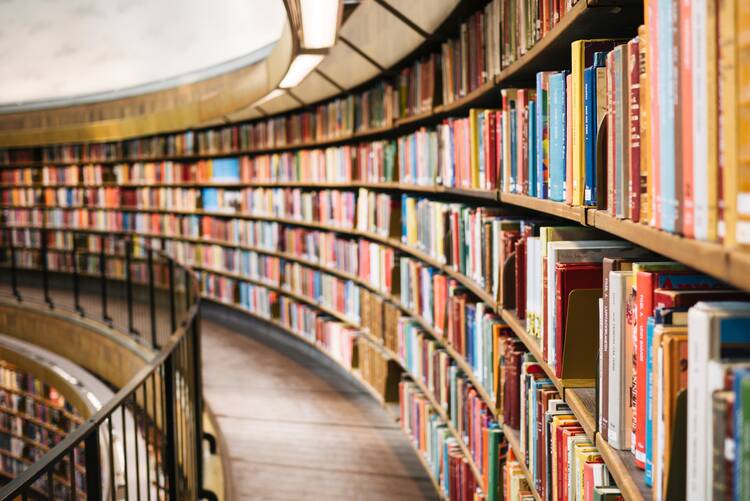 (Photo by Susan Yin on Unsplash)

The Catholic Book Club passed another happy milestone this past fall, when our Facebook discussion group gained its 4,000th member (our weekly Catholic Book Club newsletter has also grown, and now has almost 11,000 subscribers), proving that the written word stubbornly retains its allure even amid new platforms and methods of communication. After three years of sharing our thoughts on different books from a broad variety of genres, we have run the gamut from novels to historical biographies to sociological studies to memoirs to short story collections to poetry.

De gustibus non est disputandum, as the Romans were wont to say (we might render it “different strokes for different folks”). We have found that different genres and authors inspire different readers and broad variations in discussion, another reason to mix it up a bit in terms of genres and styles.

Our two most recent selections have been no exception. Our fall 2019 selection was a poetry anthology, St. Peter’s B-List: Contemporary Poems Inspired by the Saints, edited by Mary Ann B. Miller, and our winter 2020 selection was an academic text on a fairly specific topic: The Magdalene in the Reformation, by Margaret Arnold. In both cases, our conversation was spurred and informed by the literary and cultural insights of the Catholic Book Club moderator, Kevin Spinale, S.J., who wrote interpretive essays to introduce the books to the readers and to further the discussion.

De gustibus non est disputandum, as the Romans were wont to say (we might render it “different strokes for different folks”).

“Perhaps some regard ‘poetry’—the word or form is a put-off—as a nasty little inaccessible form of writing to be avoided,” wrote Father Spinale in his introductory essay to St. Peter’s B-list. “Perhaps many members of the Book Club still have scars from reading Alexander Pope or feel revulsion after having to stomach some lumpy, middle-aged English teacher passionately screaming, ‘Seize the day!’ while telling you what Robert Frost’s ‘The Road Not Taken’ really means.”

Part of the problem, according to Father Spinale, is that “English teachers excel at telling their students what poems mean—perhaps this is why we rarely read poetry. Perhaps we think we need someone to tell us what it means.” But he did not find that to be the case with St. Peter’s B-List: “The poetry in this collection is very different. We can read it without anyone telling us anything. The experiences of the poets penetrate our own and expand them; these poets make our experiences richer—inflected in a different key.”

Poets in the volume include such well-known Catholic writers as the late Brian Doyle, Mary Karr, Dana Gioia, Angela Alaimo O’Donnell, Paul Mariani and Kate Daniels but also many less familiar names. Of the 70 poems in the anthology, Father Spinale wrote: “Many are extraordinarily funny. Many are heart-wrenching and render the reader silent. All are Catholic. All of them, I think, can contribute to prayer.”

“I think for me the most powerful aspect of this book was not necessarily always the poems written by others (although I appreciated the imagery and reflections found in many of them),” wrote reader Mary Virginia Bunker.

“I think for me the most powerful aspect of this book was not necessarily always the poems written by others (although I appreciated the imagery and reflections found in many of them),” wrote reader Mary Virginia Bunker:

I found that reading the poetry in the book provided me with a personal challenge to try and articulate my own feelings, emotions and experiences/memories related to some of the saints that have deeply impacted my own spiritual journey and practices. I found that reading the book inspired me to do some of my own journaling (free-form verse, personal prayer, reflections, narrative and questions) and artwork around the qualities and stories of the saints that have touched me and people I have loved.

The online conversation on our C.B.C. Facebook page also benefited from conversation with some of the poets in the volume, including Angela Alaimo O’Donnell. “It is fascinating to see the ways in which what we bring to a poem shapes (in some measure) what we see in it. This is why poetry is so multiple in its meanings. A poem has as many readings as there are readers,” she wrote.

Angela Alaimo O’Donnell: “It is fascinating to see the ways in which what we bring to a poem shapes (in some measure) what we see in it. This is why poetry is so multiple in its meanings. A poem has as many readings as there are readers."

The Magdalene in the Reformation

Throughout 20 centuries of Christianity, the story of Mary Magdalene has been a convoluted one—as well as one that has often shown the worst patriarchal and sexist elements at work within church pieties and teaching. The first apostle to see the risen Lord—known, in fact, because of this as the apostola apostolorum—she nevertheless found her reputation over the centuries slowly turned to that of a prostitute or a woman possessed, in large part because interpreters of Scripture made an amalgam of several women mentioned in the New Testament and presented them all as the Magdalene.

In his introductory essay for our discussion of this book, Father Spinale asked if readers had a pre-existing devotion to Mary Magdalene and what their understanding of the saint was before they read this book. A surprising number of readers said they had long held her in high esteem. “Never have I associated her with prostitution or possession. She may at times, in my mind, have been a compilation of the various Marys mentioned in Scripture, but for the most part, I considered her a woman with a mission,” wrote Sally Meyers. “She was ‘ahead of her time,’ unappreciated in a male-dominated culture both then and now. Her belief, her love and her strength drew me to her.”

“The reformers understood in Mary an intimacy with Christ and a mission that they can replicate in their own lives," Father Spinale wrote. "Such an intimacy licenses public witness to Jesus Christ on the part of lay men and women."

“Mary Magdalene’s character draws others to her and clearly excites connections and comparisons among those who contemplate her witness to the risen Christ,” Father Spinale wrote. “The reformers understood in Mary an intimacy with Christ and a mission that they can replicate in their own lives. Such an intimacy licenses public witness to Jesus Christ on the part of lay men and women,” he continued. “For early modern Catholics, such an intimacy is afforded one who empties oneself in contrition for sin and enacts love in the all-consuming, often contemplative and unitive way that Mary loves Jesus.”

Margaret Arnold’s words in The Magdalene in the Reformation support his contention, as she notes the many ways in which Mary Magdalene allowed people to access the entire story of salvation history, including often in pairs with other saints. “Over the centuries, Mary was made to speak not only her good news but also her whole story, a chronicle of sin and redemption that contains within it humanity’s fall and salvation,” Arnold writes. She continues:

Her progress from sinner to penitent, from prodigal to ascetic, from witness to missionary, describes the arc of the church’s founding narrative. The varying emphases that can be found in different versions of her story point to the preoccupations of those who gave her voice, to the questions that interested, inspired, and infuriated them.

Further, because the different images of Mary Magdalene inspired other women to argue for authority, to show holiness, to argue for a closer intimacy with Christ, “[a]n army of eloquent Magdalenes has carried the message of the Gospel through the centuries,” Arnold concludes, “despite facing violence, oppression, insult, and mockery. The church owes them its life.”

To offer the broadest possible range of quality books with spiritual and intellectual heft, we are always interested in suggestions for what to choose next. Are you interested in reading and discussing with us? Join the Catholic Book Club at americamagazine.org/catholic-book-club or on Facebook at facebook.com/groups/americacbc. Happy reading!

This article also appeared in print, under the headline “Contemporary poetry to a study of Mary Magdalene,” in the Spring Literary Review 2020, issue.

James T. Keane is a senior editor of America.