For women seeking abortions, California promises to be a ‘sanctuary.’ But there are better ways to support women facing unplanned pregnancies. 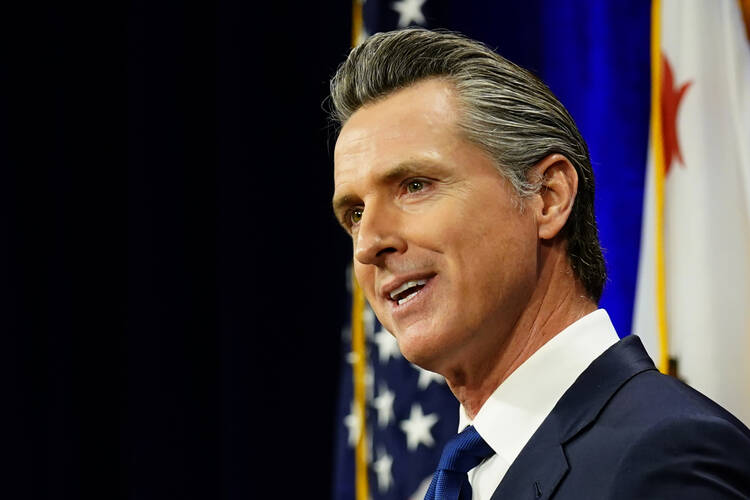 The ordinary meaning of the word “sanctuary” is a place of refuge or safety, drawing from centuries of reverence for church buildings as inviolable places of safe respite for people seeking refuge. As such, it is galling that the word is now being applied to states where the “right” to solve a problem by terminating a human life will be supported without question. Specifically, Gov. Gavin Newsom announced last December that California will be “a sanctuary for people seeking abortions,” proposing to pay for travel, accommodations and abortion costs for women from other states. New York and other states are lining up to do the same.

State legislatures across the country are already debating whether to restrict or expand access to abortion, and after the Supreme Court delivers its decision on Dobbs v. Jackson Women's Health later this year, they may have greater freedom to act than at any time in nearly 50 years. But whether in states that are ready to ban abortion or states that style themselves as “abortion sanctuaries,” unexpected pregnancies will not disappear overnight. The question then becomes: What are we personally and collectively prepared to do in support of women facing unexpected pregnancies?

Whether in states that are ready to ban abortion or states that style themselves as “abortion sanctuaries,” unexpected pregnancies will not disappear overnight.

To be sure, an unexpected or difficult pregnancy can be overwhelming for any woman, especially if she is not secure in her relationship with the father or if the pregnancy came about through an act of violence, infidelity or coercion. In addition, widespread access to a broad array of contraceptive methods can actually generate profound feelings of confusion and a sense of being deceived when their failure frequently results in a pregnancy. (A study by the Guttmacher Institute found that over half of women in the United States seeking an abortion in the years 2000 and 2014 reported using contraception at some point in the month they became pregnant. Looking at pregnancy and abortion rates in the United States, that means there are some 800,000 cases per year of women or couples using contraception who nevertheless experience a pregnancy, either because the contraceptive method failed or because it was not applied consistently.)

But by definition, safety for one person at the mortal expense of another is not a sanctuary. So what will it take for every state in the union to become a true sanctuary for both vulnerable women and the emergent human beings in their wombs, imbued with the image and likeness of God? The answer is not ultimately dependent on any decision of the Supreme Court or act of Congress. It is more immediately up to each one of us, in the following ways.

Commitments and conversations. Whether single, in a committed relationship or married, we must all prepare ourselves to welcome any human life that we might engender or conceive, whether intentionally or not. This attitude will inform and hopefully strengthen a lifelong commitment to sexual responsibility and fidelity in marriage. Even so, personal commitments are not enough. It is important to have intentional conversations in our families and with friends to foster a shared resolve to value and respect human life.

It is important to have intentional conversations in our families and with friends to foster a shared resolve to value and respect human life.

When a daughter, a sister, a spouse, a partner or a friend discloses an unexpected pregnancy to us, we must first of all recognize how vulnerable she is in that moment, even as we recognize the vulnerability of the life that is growing within her. For the well-being of both, a word of encouragement is in order. The strength of our own conviction that every human being is a gift might be all it takes to save a life or two. We should be prepared to respond lovingly and sensitively, without a hint of judgment about the circumstances: “Do not be afraid! How can I help you get ready to receive this blessing from God?”

As a man, I will never know the complex emotions that a woman experiences when facing an unexpected pregnancy without adequate support. Yet it was a man, St. Joseph, who modeled for all men what it means to surround a vulnerable pregnant woman with love when he took Mary and the child who was not his own into his home to form a family. Thus, it is just as important to have these conversations with sons and brothers as with sisters and daughters.

Personal solidarity. With roughly two million unintended pregnancies each year in the United States, chances are that each of us will know a woman who goes through this experience at some point in our life. There are also hundreds in our social circles who will carry this burden in silence. We can make all the difference for them by donating goods and time to shelters for victims of intimate partner violence or pregnancy resource centers. We can also get the word out about the good work they do.

Social advocacy. When it comes to social advocacy, our efforts must begin by acknowledging the difficulties an unexpected pregnancy can present to women in vulnerable circumstances. In the final analysis, our government and elected officials virtually never impose an abortion—it is the pregnant woman who decides to act, often under duress or outside the law. Persuading such women to take the road of choosing life demands meaningful accompaniment, material and spiritual support, and a realistic pathway forward. In short, it means a full-fledged culture of life.

Although state laws restricting abortion access can protect lives, history shows that they are not sufficient to prevent all abortions, and in some states such laws are not politically viable. Fortunately, much more can be done legislatively to reduce the incidence of abortion and to promote the well-being of women in any state who choose to sustain the life growing within them. Many such proposals may be attractive to both political parties, especially with strong support from Catholics and others among their constituents. That is why the Catholic bishops of California have committed to promoting such policies as their main legislative priority for this year.

We may soon have the chance to define what it means to be communities of sanctuary and welcome for pregnant women and their unborn children. Let us not squander this opportunity with a too-narrow focus in our political advocacy, pastoral responses and personal commitments.

Note: The third paragraph of this article, regarding the use of contraception, has been rewritten for clarity since this article was first published.

[Read next: 4 lessons for a post-Roe world from Fannie Lou Hamer: a pro-life, civil rights icon] 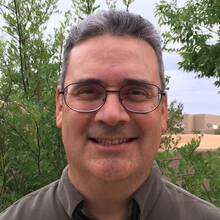 Ken Johnson-Mondragón is director of pastoral engagement at the California Catholic Conference.