Washington Lt. Gov. Cyrus Habib will not seek re-election in order to join the Jesuits 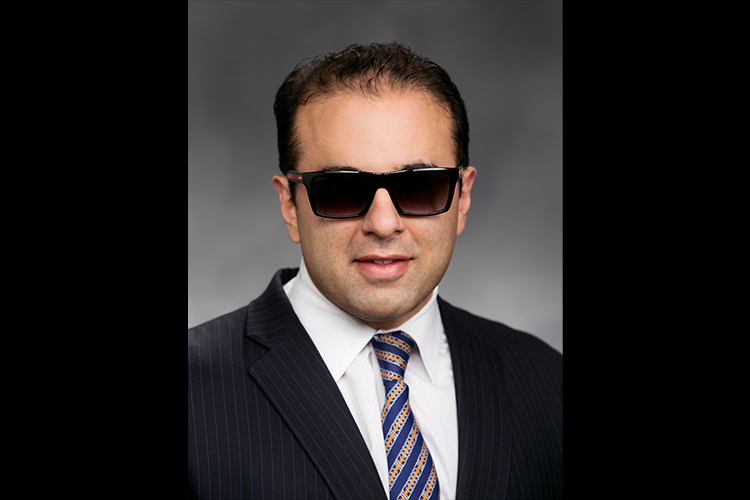 “I’ve felt a calling to dedicate my life in a more direct and personal way to serving the marginalized, empowering the vulnerable, healing those suffering from spiritual wounds, and accompanying those discerning their own futures,” Mr. Habib wrote in an essay published in America, explaining his announcement.

Mr. Habib, 38, interrupts what had been a rapid political ascent, from his election as a state representative in 2012, an election to state senator in 2014 and finally to lieutenant governor in 2016. Born to Iranian immigrants in Maryland, he is the first and only Iranian-American to hold statewide elected office.

Mr. Habib is also a three-time cancer survivor and has been blind since the age of 8.

Born to Iranian immigrants in Maryland, Cyrus Habib is the first and only Iranian-American to hold statewide elected office. He is also a three-time cancer survivor and has been blind since the age of 8.

The lieutenant governor has been a prominent actor on the national political stage as a member of the Council on Foreign Relations and is serving on the Democratic National Committee. He is a Rhodes Scholar, a Truman Scholar, a Soros Fellow and a Rodel Fellow at the Aspen Institute.

Washington Governor Jay Inslee released a statement on Mr. Habib’s announcement. “Cyrus’ life and career are an inspiration to many. He has had a meteoric career in elected public service, so I was surprised when he called me this morning to say he wasn’t running again,” the statement read. “While the news was unexpected, anyone who knows Cyrus is not surprised by his commitment to faith. I have no doubt his future in the Jesuit priesthood will bring much good to a world that needs it right now.”

Mr. Habib is stepping away from his political life to join the Catholic Church’s largest religious order. Founded by St. Ignatius Loyola in 1540, today the Jesuits total about 16,000 members, though, like most religious orders in the church, the society’s numbers have been declining both in North America and around the world in recent decades.

“I am greatly impressed and moved by the quality of candidates to the Society of Jesus that God is sending us. Cyrus Habib is no exception,” Scott Santarosa, S.J., provincial of the Jesuits West province (where Mr. Habib will be a member), said in a statement to America. “I am sure that his vast experience will enrich his entrance class.”

“For the last few years, I’ve come to know Cyrus Habib and have witnessed his deep desire to know Christ and to serve him as a Jesuit priest,” Christopher Nguyen, S.J., vocations director for the Jesuits West province, said in a statement to America. “Cyrus has gone through many challenges in his life, which have brought him closer to Christ. I know he will use his blindness and battles with cancer as a means to minister to others who suffer in the world.”

Raised by what he calls “generically—but seriously—monotheistic” parents, Mr. Habib converted to Catholicism at the age of 25 while studying at the University of Oxford, after meeting Timothy Radcliffe, O.P., and the other Dominicans at Blackfriars Hall. (His mother, Susan Amini, who is a product of Catholic education in Tehran and is now a King County Superior Court Judge, would later also convert to Catholicism.)

“I am greatly impressed and moved by the quality of candidates to the Society of Jesus that God is sending us. Cyrus Habib is no exception,” Scott Santarosa, S.J., provincial of the Jesuits West province.

Mr. Habib’s movement toward discerning the priesthood began when he learned his father, Mo, was diagnosed with cancer.

Frustrated by his prayer life in the face of personal crisis, he went to his spiritual mentor, the longtime pastor of Seattle’s St. James Cathedral, the Rev. Michael G. Ryan, who handed him James Martin, S.J.’s The Jesuit Guide to (Almost) Everything, which introduced Mr. Habib to the Jesuit charism in a deeper way.

Mr. Habib did not seriously consider a vocation, however, until his father passed away in 2016, just a few weeks before he was elected lieutenant governor.

“In that year or so after my father died, [I said to myself], I feel like I’m accomplishing things, I know what we’re doing is so important in this political moment...but am I personally deriving a sense of joy from this life?” Mr. Habib said in a phone interview with America.

Mr. Habib acknowledged the difficulty he will face leaving behind a promising political career to “start over.”

After a period of discernment, Mr. Habib applied to the Jesuits and was accepted in 2019. However, he was given permission to defer for a year so he could serve out the remainder of his term as lieutenant governor.

Lt. Gov. Cyrus Habib: Why I am giving up elected office and joining the Jesuits
Cyrus Habib

Mr. Habib is excited at the prospect of bringing his experience as an attorney, professor and legislator to his new vocation. “It’s not that what I want to do is abandon the causes and issues that I care about, whether it’s education and health care or voting rights or whatever it might be, but that I may be in somewhat of a unique position to play a different role.”

Mr. Habib acknowledged the difficulty he will face leaving behind a promising political career to “start over.” He had reason to believe that his political ascent was not quite finished. “There is a good chance that whoever becomes the lieutenant governor now will become the governor, if [former Vice President Joe] Biden is elected president,” Mr. Habib said. Washington Governor Jay Inslee, who was among the early candidates for his party’s presidential nomination in the 2020 primary race, is considered a good candidate for a cabinet position in a Democratic administration.

But Mr. Habib has decided to abandon further political accomplishment in exchange for vows of poverty, chastity and obedience. “I have done the work of discerning that [the political life is] not the path to happiness for me…. I could become [U.S.] secretary of state and there would still be this thing in me that I would try to fill with accolades and titles and media,” Mr. Habib said. “There would be this hunger, this thirst, this thing that would be unquenched.”

This story has been updated to include a statement from Washington Governor Jay Inslee.

Zac Davis is an associate editor for digital strategy at America and a host of the podcast "Jesuitical."

@zacdayviszdavis@americamedia.org
Provide feedback on this article
Join the conversation: Login or create an account
Before you can comment, you need to update your profile to include your first and last name, as required in our comments policy. Then reload this page and you'll be set up for commenting. Update your profile
Show Comments ()
Comments are automatically closed two weeks after an article's initial publication. See our comments policy for more.