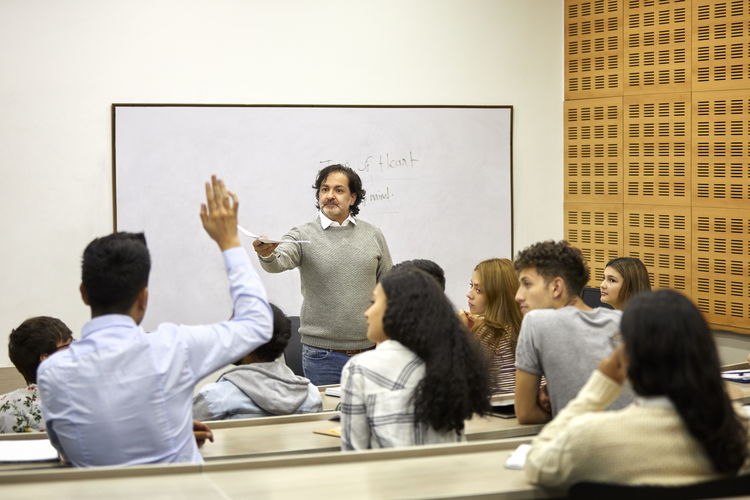 Editor’s note: This is part of a series on faculty unions and Catholic higher education. For another perspective, see the Short Take by Michael J. Garanzini, S.J., in our Oct. 17, 2017, issue.

Are the graduate students teaching, researching and working in our universities workers? Should they be afforded the same labor protections as others doing similar work? According to a new rule proposed by the National Labor Relations Board in September, graduate workers in private universities would not be entitled to the protections guaranteed to similar workers. This recent proposal, if implemented over the next few months, would be a major setback for organizing some of the most vulnerable workers in higher education today.

Graduate workers make up an increasing portion of the U.S. academic workforce. Like other non-tenure-track faculty, they are being asked to do more for less in the rapidly changing world of higher education. Despite their performing many of the same tasks as professors, including research, teaching and service to the educational institution, universities pay graduate workers about a third of what they pay full professors. But the issues go beyond pay. Graduate workers at major U.S. universities report unpaid overtime, harassment from senior colleagues and inadequate benefits, including health care coverage. Some have reported to us that they have faced threats related to immigration status.

Despite their performing many of the same tasks as professors, including research, universities pay graduate workers about a third of what they pay full professors.

In response, graduate workers have sought to unionize, including at Jesuit and other Catholic universities. Unions of graduate workers at schools like Brandeis University, Tufts and the New School have successfully bargained not only for things like increased pay and protections, but also for better training and collaboration. Workers, often with the support of established unions, have shown themselves willing to bargain with their respective universities. Yet these gains are under threat.

From “Rerum Novarum” to “Laudato Si’,” the church affirms the importance of workers, workers’ rights and work itself. On unions, Pope Benedict XVI states in “Caritas in Veritate” that the “promotion of workers’ associations that can defend their rights must therefore be honored today even more than in the past, as a prompt and far-sighted response to the urgent need for new forms of cooperation at the international level, as well as the local level” (No. 25).

Jesuit universities ought to embody the fundamental values that are at the heart of the Jesuit Catholic tradition.

Jesuits have historically heeded and spurred on this call for cooperation with unions, like opening a series of labor schools where workers learned Catholic social teaching and organizing skills. More recently, some Jesuit and Jesuit-trained ethicists, including James Keenan, S.J., and Gerald Beyer, have published important research on ethics in higher education, including the treatment of contingent or non-tenured faculty.

Jesuit colleges and universities are now addressing injustices on their campuses. Several schools have demonstrated a commitment to “Laudato Si’” by reducing their carbon and natural resource footprints. Others have created programs to support DACA students at both the undergraduate and graduate/professional levels. Georgetown University has established a working group dedicated to pursuing racial justice for those affected by its history of selling slaves. This is reflective of a growing awareness among faculty, students and staff that Jesuit universities ought to embody the fundamental values that are at the heart of the Jesuit Catholic tradition.

In light of the N.L.R.B. ruling, Jesuit universities have the opportunity to demonstrate leadership and commitment to both Catholic social teaching and the new Jesuit Universal Apostolic Preferences. It is true that several Jesuit schools have stated they prefer not to work through the N.L.R.B. (For example, Boston College’s vice president for human resources, David Trainor, states that the N.L.R.B. does not understand the mission and identity of the university, particularly in the formation of graduate students.) But that position need not inhibit the support of campus unions, as can be seen in the successful efforts of graduate workers at Georgetown University. Like Georgetown, other Jesuit universities can in good faith bargain via another neutral party that recognizes and respects the Catholic and Jesuit identity of our schools. In doing so, they can both walk with the excluded and journey with youth to show the way to God.

At the same time, Jesuit colleges and universities can embody the longstanding Jesuit commitment to the “service of faith and the promotion of justice” by not only allowing members of their communities to exercise their rights to organize, but by also becoming national voices within U.S. higher education in support of such efforts.

In the Catholic tradition, every economic decision has a moral consequence. This particularly applies to our own institutions. In a world where people are increasingly skeptical of the church’s moral consistency and the value of religiously affiliated education, Jesuit universities have an opportunity to demonstrate compassion and dedication to justice and heed the calls of Pope Francis to support people in exercising their right to organize.

Show Comments ()
Comments are automatically closed two weeks after an article's initial publication. See our comments policy for more.
Show Comments ()
Join the conversation: Login or create an account
Before you can comment, you need to update your profile to include your first and last name, as required in our comments policy. Then reload this page and you'll be set up for commenting. Update your profile
Advertisement
More: Catholic Education / Higher Education / Jesuits

Kevin Ahern is a theological ethicist and president of the Catholic lay movement ICMICA-Pax Romana. He is an associate professor of religious studies at Manhattan College, where he also directed the labor studies program. 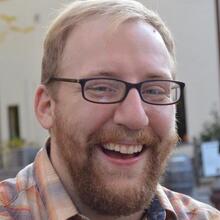 Ken Homan, S.J., of the Midwest Province, is a graduate student at the Boston College School of Theology. In addition to his theology studies, Ken researches Jesuit involvement in labor history and racial justice