After 50 years, the U.S. bishops’ focus on abortion has done little to change hearts and minds. 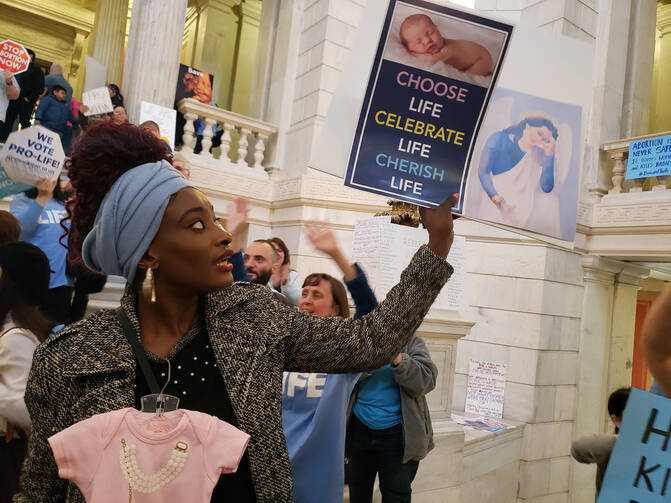 Editor's note: This piece is part of a series on abortion and politics. For other views, read  “Should abortion be the most important issue for Catholic voters? Here’s a better question” and “U.S. bishops said abortion should be Catholic voters’ top priority. Here’s why they’re right.”

When the U.S. bishops approved a guide to U.S. voters describing abortion as a “preeminent priority” at their fall meeting in Baltimore, the organization only continued saying what many of them have been saying for 43 years. U.S. bishops have been describing abortion as a “crucial” issue with which they are “particularly concerned” at least since the conference’s president, then-Archbishop Joseph Bernardin, said so in a statement in 1976. (His testimony to the U.S. House Judiciary Committee that year was similar.) Of course, that is the problem.

Some other things are the same today. For example, the Gallup organization reports that in 1977, 22 percent of Americans supported legal access to abortion in any circumstances, while 25 percent hold that opinion in 2019. Almost 50 years of activism against the Roe v. Wade ruling has yielded no statistically significant difference. We can glimpse the same problem in Archbishop Joseph Naumann’s presentation on behalf of the U.S. Conference of Catholic Bishops’ Committee on Pro-Life Activities. Archbishop Naumann described how 24 percent of U.S. women seeking abortions identify as Catholic, a number that tracks with the percentage of the whole U.S. population that identifies as Catholic. Again, after almost 50 years of the bishops’ pro-life activities, being Catholic appears to make no difference among women seeking abortions.

After almost 50 years of the bishops’ pro-life activities, being Catholic appears to make no difference among women seeking abortions.

These facts should give those of us who are concerned about abortion reasons to wonder whether we have been going about this all wrong. Maybe it is time to rethink our approach? Yet, it seems, the U.S. Catholic bishops cannot agree to a change even amid changed circumstances. Though some bishops at the meeting wanted to increase the emphasis on Pope Francis’ focus on other issues in addition to abortion, the majority were committed to “preeminent priority” as the best description of the Catholic approach.

Consider one important changed circumstance. President Trump and the Republican majority in the U.S. Senate have confirmed more than 150 judges to the federal bench. Those judges have been screened by The Federalist Society, a conservative judicial advocacy organization, to ensure that they are committed to reversing the Roe jurisprudence. The cases that could reverse Roe have not worked their way through the federal courts yet, but almost every observer agrees it is now only a matter of time. Roe will be limited or reversed in the near future.

Based on what I heard from the U.S. bishops’ meeting, many church leaders also believe that Roe will soon be limited or reversed, and abortion will be under the jurisdiction of state governments as it was before Roe. The pro-life movement thus stands on the threshold of an achievement dreamed of since 1973. And now, as we prepare to return to the pre-Roe world, how does the U.S.C.C.B. officially regard abortion?

I fear that the U.S. bishops have started something they do not know how to stop. Is there any point where opposition to abortion can share priority with other issues important to Catholics?

Abortion is the “preeminent priority” facing Catholics as citizens and voters. Seemingly nothing has changed. And this should seem a little odd because it is a little odd.

In fact, some states have their own laws protecting legal abortion, and so abortions will definitely continue in 13 of them even after Roe is reversed. It is worth pointing out that one of them, Washington, legalized abortion in 1970, three years before Roe and before abortion became “crucial” or “preeminent.”

So what is going on here?

I fear that the U.S. bishops have started something they do not know how to stop. Once the goal was to return the question to the states, reversing Roe. (That was Judge Robert Bork’s position in the 1980s.) Now, as that appears to be happening soon, it seems that the bishops want to go further, down to the state level, with undiminished zeal until all 50 states have enacted laws against abortion. But what then? Is there any point where opposition to abortion can share priority with other issues important to Catholics? We know from our long history that even when they are illegal, some abortions will still occur. Will the U.S.C.C.B. then seek even stricter laws? Will they lobby licensure boards to act against medical professionals who still perform the procedure? Will they turn our attention beyond U.S. borders? Just how far must U.S. Catholics go?

The goalposts keep moving because decades of binary cultural and political argument means that reversing Roe is no longer enough. But this creates a strange situation. As in the “war on terror,” the moral test of whether one opposes abortion strongly enough has become perhaps more significant than any outcomes that can reasonably be expected or achieved by that opposition.

For 50 years we have tried to change laws. We have preferred legal and political solutions to changing hearts and minds. Sometimes we have been harsh, and we have made our voice harder to hear outside the church and inside. The results are plain. Roe will be reversed, and nothing else has changed.

Imagine, instead, if we had set about to “restore respect for human life” by educating, appealing to and converting our fellow citizens while focusing on the whole range of threats to human life, as Cardinal Bernardin suggested.

We might, by now, be able to focus on one or two other issues, too. 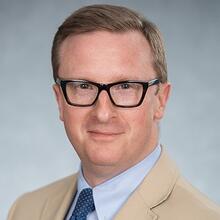 Steven P. Millies is associate professor of public theology and director of The Bernardin Center at Catholic Theological Union in Chicago. His most recent book is Good Intentions: A History of Catholic Voters’ Road from Roe to Trump (Liturgical Press, 2018).