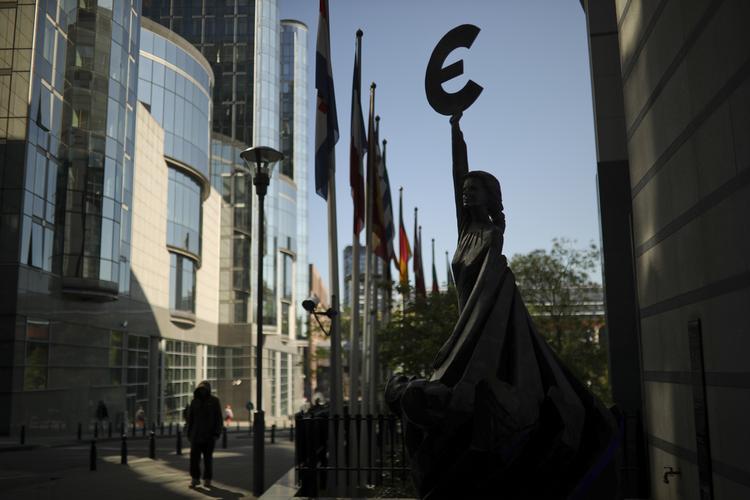 At the end of May, around 374 million citizens, the second-largest democratic electorate in the world (behind India), will be eligible to vote for the European Parliament, and polls suggest that far-right parties, or those opposed to a strong European Union, could win almost 30 percent of that legislature’s seats. Such a result could threaten the notion of the continental “common good,” one of the fundamental values of the European Union, according to some Catholic social justice groups.

During its last session, the European Parliament passed about 1,100 laws concerning areas like migration and borders, the environment (it banned single-use plastics) and business regulations (it strengthened the rights of consumers to control personal data on the internet). It has 751 lawmakers from 28 countries, at least until the United Kingdom leaves the union. The parliament includes members from a multitude of national parties from the radical left to the far right.

While the parliament has limited powers, leaving foreign policy and taxation issues to its individual members, this month’s election “is a very important signal to other continents,” Josianne Gauthier told America. Ms. Gauthier is the secretary general of International Cooperation for Development and Solidarity, an umbrella organization of Catholic social justice groups known by its French acronym, Cidse.

The far right has been splintered, but if the movement wins more seats and unites behind a pan-European party, it could become decisive in continental politics.

After World War II, the founders of what would become the European Union were convinced that countries could transcend their national interests to pursue peace and prosperity together. This ideal is now under threat. Herman Van Rompuy, a former president of the European Council, said that the individualism encouraged by today’s digitalized and online society leads to social isolation, which makes people vulnerable to right-wing populist appeals.

Until now, the far right has been splintered among several parties in the European Parliament. But if the movement wins more seats and unites behind a pan-European party, it could become decisive in continental politics, according to Olivier Costa, director of European Political and Governance Studies at the College of Europe. Mr. Costa notes that this is an objective of Steve Bannon, the former advisor to U.S. President Donald Trump who “who has been on mission in Europe” (though some are skeptical that Mr. Bannon himself has been effective in this endeavor).

For the first time, anti-European and far-right politicians from nations including France, Italy, the Netherlands and the United Kingdom could form a bloc with better-educated and more strategic people at its helm, Mr. Costa said. Uniting, however, will be their main challenge—they do not agree on many things, except for restricting migration and curtailing E.U. power in favor of greater national sovereignty.

That outcome is a concern to Catholic bishops from France, Germany, Belgium and Luxembourg. On May 9 they issued a joint statement warning: “The EU is threatened today by various economic, political, demographic and ideological crises—but we are convinced it has tools to overcome them.

“Some seek to oppose the EU and resort back to independent nations. We are certain solidarity and collaboration between nations is the most fruitful response we can offer,” the church leaders said.

“To abandon Europe would be not just to register a suicide, but to incur a terrible responsibility before history of losing a patrimony entrusted to us for almost 2,000 years.”

The bishops argued that true unity and peace in Europe still lay in the future and were threatened by terrorism, unemployment, environmental degradation and demographic decline, as well as by the need for social justice “in face of a financial liberalism which scorns the human person.”

But, they said, “to abandon Europe would be not just to register a suicide, but to incur a terrible responsibility before history of losing a patrimony entrusted to us for almost 2,000 years.” The bishops called for Europeans to go to the polls in a show of support for European unity and to promote “dialogue and integration between peoples.”

Most Europeans like the European Union. According to polls commissioned by the European Parliament, the share of Europeans who believe that their country benefits from being a member of the European Union is about 67 percent, the highest since the question was first asked in 1983, and young adults are particularly supportive. So the main challenge for pro-European parties is to get people to the polling stations between May 23 and 26. The European Parliament will probably have a new governing coalition made up of center-right, center-left, free-market and Green parties, all forced to ally against an emboldened far right, according to Martin Maier, S.J., secretary for European affairs at the Jesuit European Social Centre.

The Polish Catholic Church is divided over migrants—how will that impact next week’s elections?
Melissa Vida

Some analysts like Mr. Costa believe that the true tension in Europe is about identity. Two visions of Europe—and, arguably, two visions of Christianity—are competing in the upcoming election. One is held by the prime minister of Hungary, Viktor Orbán, as well as other political figures such as Matteo Salvini from Italy and Marine Le Pen from France, who promote traditional definitions of family and nation. These leaders fear, in particular, the erosion of a white European identity and the eventual “Islamization” of the continent.

The second vision is promoted by Emmanuel Macron, the president of France, and E.U. leaders in Brussels. They champion European integration, multilateralism and progressive policies on diversity and gender. Most immediately, the rift between these two visions plays out in response to the migration crisis that is sending a stream of refugees to European shores.

“People ask themselves, are we in a white, Christian, traditional world or are we in a world that promotes multilateralism, human rights, progress and rights for minorities?” asked Mr. Costa. At the end of this month, voters in Europe will decide.

This is a surprisingly biased article against much of Catholic social teaching. When was it a part of Catholic doctrine to have individual nations subordinated to an anti-Christian government, one that promotes abortion-on-demand & euthanasia, a retrograde idea of sex and marriage, one that discriminates against religious practice and family rights in a myriad of ways, and despises national cultures and traditions? What is the virtue of multiculturalism if the individual cultures are despised? Like the academic progressives in the US, the European left are hypocritical when they call for tolerance and diversity in loose generalities - they are decidedly anti-European and anti-Catholic in the specifics.

As to open borders, there must be some balance between welcoming the stranger and caring for those already under one's charge. Unemployment is way too high and the economies are underperforming. Furthermore, Europe is facing a demographic winter and its possible cultural extinction over the next hundred years. It is not "far-right" to care about these things. It is pure prejudice to assume that everyone who would like to preserve individual national Christian culture (like Poland and Hungary or England or France or Spain) is some-how "far-right" or racist or outside the acceptable limits of democratic politics.

Those progressives in Western Europe who believe women should not be forced to gestate a fetus against their will are the same people who have decided it is better to love and welcome the stranger than it is to hate, fear and reject them without cause or guilt of any wrong doing on their part. They are also the people who would stand up for your right to marry the person you are most in love with, regardless if others do not like your choice. These people, liberal Western Europeans, have a history of giving the most funding towards strengthening middle class families by offering, excellent quality health care, and government funded quality daycare, and much more liberal government funding of higher education so that all those families you claim to care about can afford to have kids, if they want, while still enjoying interesting and challenging careers.

Tim, Jesus chose to teach us to love and help the stranger and to teach and help people who are facing difficult decisions. He told us offer help to all in need, trusting God would always reward this behavior. He taught us to pray, teach and spread the gospel but never to fear the alien in need. He told us to help the despairing not take their liberty over their own bodies away from them thinking they must be forced to do what we want in case they don't choose to of their own free will.

These traditionalist ways are biased on many levels, and as is proven by the abortion stats, they dont work. They are not faithful ways but instead faithless and manipulative.

Traditionalists call themselves Christians but it is by our actions not our words and by our obvious willingness to love all others, the same as self, that we prove we are Christians.

"People ask themselves, are we in a white, Christian, traditional world or are we in a world that promotes multilateralism, human rights, progress and rights for minorities?” asked Mr. Costa. At the end of this month, voters in Europe will decide."

The problem with conservatives in Europe and America is that they don't ever actually read the gospels or even listen to what is preached to them on Sundays evidently.

Jesus would likely support Macron's justice agenda over the so- called traditionalist's agenda whose supporters seem to really only care about about their country having whites, and men, as its power people and there is really nothing Christian in that agenda at all.

Traditionalists also need to come to the realization that their nasty, judgmental, often sexist, and authoritarian witness may be the very reason Christianity is shrinking rather than growing. Since Islam is better at being conservative, authoritarian and sexist more than Christianity, if we don't offer something better than we just keep on losing people. Jesus is better. Jesus is justice itself in the flesh for all who believe in him, he is freedom and the end to tyranny of race, gender or class.

However, if Christians continue to misrepresent what Jesus means, then people can't see the salvation he represents, and don't seek it out, or him out.

Wake up Christian Conservatives! notice that you have become your own greatest enemies. It was never up to Muslims, Jews, Hindus, etc. to make Christianity look good. That is solely the work of the Servants of Christ in God Almighty, through his Holy Spirit, and you are failing to fulfill your most basic works because you care more about being in charge yourselves than letting Christ lead the way.