Podcast: Our conversations about the Latin Mass don’t have to be so toxic 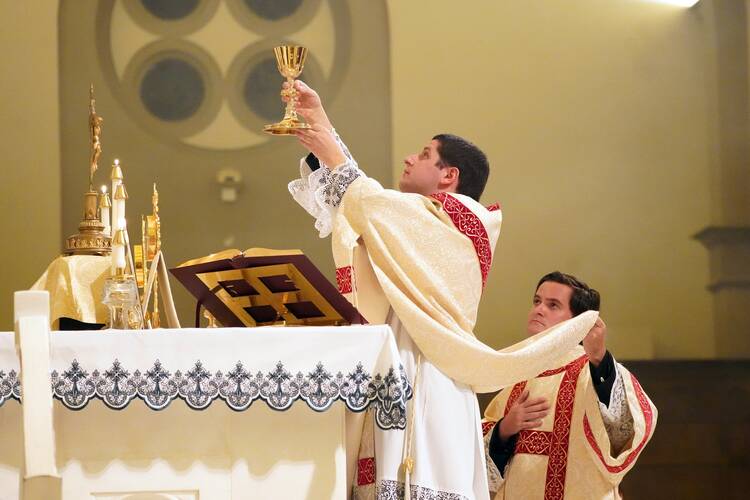 Last July, Pope Francis issued a document restricting the celebration of the Traditional Latin Mass, setting off a heated and at times toxic debate between more traditionalist Catholics and those who want to see the reforms of the Second Vatican Council more fully implemented. Is there a way for us to talk about the liturgy without it turning into a war?

To find out, we brought on the Rev. Pierre Amar, a priest in the Diocese of Versailles in France. Father Amar grew up attending the Latin Mass and was ordained into the Priestly Fraternity of St. Peter, an order dedicated to the celebration of the pre-Vatican II Mass rite. But he also loves and celebrates the novus ordo or ordinary form, and does not think the two forms of the liturgy need to be in conflict. We ask Father Amar why people today are still attracted to the Traditional Latin Mass over 50 years after the council and what he thinks about Pope Francis’ move to restrict the celebration of the older rite.

In Signs of the Times, Zac and Ashley are joined by Colleen Dulle, host of the “Inside the Vatican” podcast, to discuss speculation that Pope Francis is preparing to resign.

Finally, please take a moment to fill out our annual listener survey. We value your feedback tremendously.