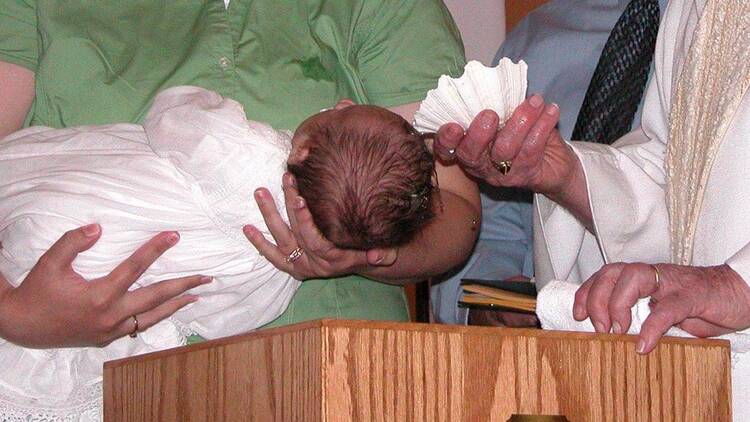 The Rev. Andres Arango, the Colombian-born former pastor of a Phoenix parish who resigned on Feb. 1 after the discovery that he had performed invalid baptisms there for two decades, previously worked in Brazil at the end of the 1990s.

The news of the invalid baptisms in the United States has not created the same anxiety in Brazil. Members of one of his former communities said they doubt that he used incorrect formulas for sacraments while he worked there, and many of them recall him fondly as one of the most important priests in their lives.

Father Arango worked in Salvador, Bahia State, and in the neighboring city of Simões Filho between 1995 and 2000, according to information released by the Diocese of Phoenix. As an Eudist missionary, he worked at the local seminary and in two parishes assisting other priests.

Members of one of his former communities said they doubt that he used incorrect formulas for sacraments while he worked there, and many of them recall him fondly as one of the most important priests in their lives.

“He changed my life,” said Nélio Machado, 37, a former parishioner in Simões Filho. “And not only mine, but also the lives of many others.”

Like other churchgoers who attended São Miguel of Cotegipe Church, Mr. Machado described Father Arango as “nothing less than a wonderful priest” and someone with “a gift to attract people, especially young people.”

Mr. Machado was 16 when he decided to stop accompanying his mother and most of his siblings at Sunday services at a Baptist church, joining his older sister Núbia de Oliveira Costa at São Miguel instead.

“When I arrived there, Father Arango was celebrating Mass,” he remembered. “I felt so comforted that I realized that I belonged to the church.”

Troubled by family traumas involving his parents’ divorce and his own crises as a teenager, he found in Father Arango a father figure and a spiritual guide.

“He was able to understand me and guide me through that phase. If it were not for him, I am sure I would not be the person I am today. And I would not be Catholic,” he said.

Mr. Machado now lives in São Paulo and keeps in touch with Father Arango through social media. His sister still lives in Simões Filho, a city that Father Arango visits during vacations.

Jung Mo Sung: “Sacraments are not magic. Rites are an expression of the Spirit and not its cause. If the priest said a mistaken word, the Spirit of God is bigger than that.”

“Although my mother and siblings are Protestant, they get very excited when he comes to visit. They love him and fight with each other over who will host a dinner at home for the priest,” Mrs. Costa told America.

Mrs. Costa, who worked as parish secretary after Father Arango left the city, said that São Miguel do Cotegipe is part of a conservative community, where people tend to resist liturgical innovation.

“If he had used a different formula during baptism, it would have come to everybody’s attention,” she said, “but none of us can remember anything like that.”

Mrs. Costa said that Father Arango usually celebrated the Wednesday Mass and did not minister many sacraments.

“If that error happened in Simões Filho, it was not a high number of cases,” she said.

Brothers André and Antônio Sena Costa were part of the parish’s youth group. Both describe Father Arango as a fundamental part of their spiritual formation those years. Antônio, 48, a police chief in the nearby city of Camaçari, was part of a vocational discernment process with Father Arango and the other Eudists for one year and accompanied him on different occasions.

“My opinion is that we have to accept the Catholic Church’s rules, but I do not think that his baptisms are invalid. Who baptizes is the Spirit, not the priest.”

“He is a moderate person and was not prone to invention when it comes to rites and liturgy. I have never seen him using an incorrect formula in baptisms,” he told America.

André, who also called Father Arango as a “father figure” who performed flawlessly, in his estimation, said that the mistakes in Phoenix were certainly “unintentional.”

“My opinion is that we have to accept the Catholic Church’s rules, but I do not think that his baptisms are invalid. Who baptizes is the Spirit, not the priest,” he argued.

That is a belief shared by many in Brazil. (The Congregation for the Doctrine of the Faith’s guidance on the validity of baptism focused on the priest baptizing as a minister of Christ, rather than as a minister representing the gathered community acting together.) Mrs. Costa said that she does not understand why Father Arango’s baptisms caused such a scandal in the United States.

“I believe that in Brazil we are not so attached to rituals like that. I do not think that many people here would be worried about the fact that the priest used one word and not the other,” she said.

Father Arango’s case generated headlines worldwide, but the Archdiocese of Salvador has not released a statement reaching out to Catholics in Brazil potentially affected by invalid baptisms. In a message to America, the diocese said that it was ready to provide assistance and guidance to “people who need more information or that have been baptized by Father Andrés Arango.”

“The Brazilian episcopate usually is not so strict in ritual and formal matters,” said Francisco Borba Ribeiro Neto, the director of the Center of Faith and Culture at the Pontifical Catholic University of São Paulo. “Although it requires the priests to be totally observant of the liturgical rules, extreme condemnations tend to be rare.”

Mr. Ribeiro Neto said that a case like Father Arango’s would be treated in Brazil with more discretion to avoid scandal in the press.

“Here, much less people would be worried about the baptismal formula,” he said. He speculated that anxiety about invalid baptisms might prove to be higher in more liturgically or socially conservative communities.

The Korean-born Catholic theologian Jung Mo Sung, a religion studies professor at the Methodist University of São Paulo, described concerns with the formula of baptism, which provoked a Vatican clarification in 2020, as the fruit of “the instability and insecurity in a changing world.”

“Why did some segments of the church become worried about that kind of issue?” he asked. “The globalization process is changing and there is a great cultural transformation in the world. People get confused and try to find confidence in the [letter of the] law.”

Mr. Sung argued that sacraments are not “one individual’s ritual, but the process through which the Spirit of God operates in a community.” That is why, he said, the strict fulfillment of an “absolutely correct formula” should not be given so much importance, although he admitted that clear limits must be respected.

“If you take part in a rite of baptism and because of an incorrect word you believe that there was no baptism, you are stuck to the magic dimension of religiousness,” he argued.

“Sacraments are not magic. Rites are an expression of the Spirit and not its cause. If the priest said a mistaken word, the Spirit of God is bigger than that,” Mr. Sung said.

Members of Father Arango’s community in Simões Filho appear to be less concerned about what one of them called a “technicality.” They have been lamenting that their former pastor is enduring such a scandal in the United States.

“He was able to attract 200 young men and women to the church,” Mr. Machado said, describing Father Arango as “brilliant.”

“I hope he will overcome this crisis and keep working for the people.”