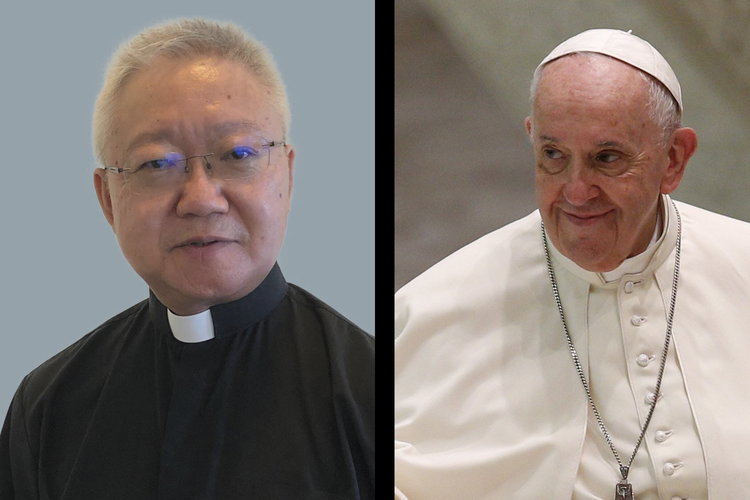 Arturo Sosa, S.J., the superior general of the Society of Jesus, appointed Stephen Tong, S.J., to be the new provincial of the Chinese province of the Jesuits. He will assume his new mission on Nov. 1, 2021.

Father Tong succeeds the current provincial, Stephen Chow, S.J., whom Pope Francis appointed as the new bishop of Hong Kong on May 17.

“We thank our Lord for giving us a new Provincial through the appointment of Father General. And we should give thanks to Father Stephen Tong for his generous availability for this arduous and challenging mission,” Bishop-elect Chow said in a letter breaking the news to fellow Jesuits in the Chinese province, which includes Hong Kong, Macau, Taiwan and mainland China. He told them that their “ardent support and closest cooperation with Father Tong is crucial for the fruitfulness of God’s Mission through our Province, united among the four regions.”

Arturo Sosa, S.J., the superior general of the Society of Jesus, appointed Stephen Tong, S.J., to be the new provincial of the Chinese province of the Jesuits.

Father Tong was born and brought up in Macau in a non-Catholic family as the youngest son among five siblings. He finished his basic and secondary education in Macau, and he was baptized before he flew to Taiwan for his tertiary study in civil engineering in 1981. Following the example of his eldest sister, he began to consider religious life and in 1990 decided to join the Society of Jesus.

He entered the novitiate in Singapore and studied philosophy in Manila, followed by two years of regency, during which he taught in the Jesuit school in Macau, called Estrala de Mar. In 1996, he began theology studies in the Holy Spirit Seminary College and was then ordained a deacon in 1999. He subsequently spent two years in Boston to pursue a licentiate in theology. He was ordained a priest in Macau on June 24, 2000. He was sent to Manila for his first priestly mission as the pre-novitiate director and socius to the novice master. From then on, his ministry involved formation and Ignatian spirituality.

After finishing his tertianship training in 2004, he was sent to Hong Kong to be director of Xavier House on Cheung Chau Island, where he led retreats and offered spiritual direction. He has also served as the province consultor since 2010 and as the superior of the Hong Kong Jesuit community since 2012.