The Catholic priest who refused a lifeboat rescue: A forgotten story from the sinking of the Titanic 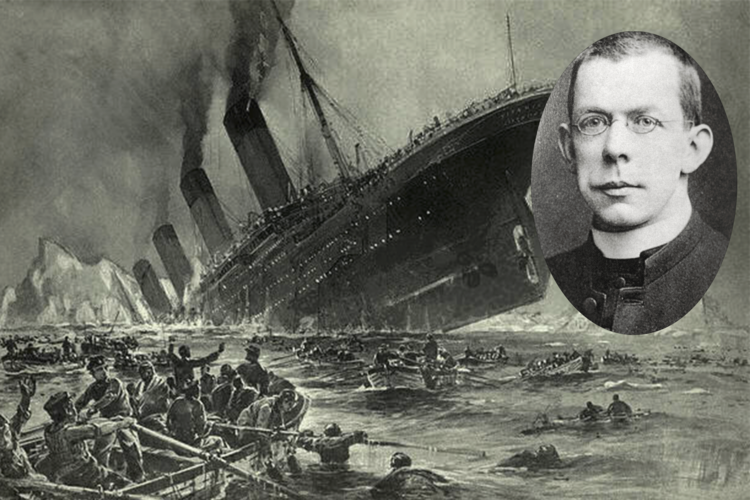 The R.M.S. Titanic sank on April 15, 1912, ending its maiden voyage across the Atlantic; of the 2,224 people on the ship, 1,503 lost their lives in the icy waters. More than a century later, this story still captivates imaginations around the world, inspiring prolific fiction and nonfiction, movies and musicals. In the words of James Cameron, director of the 1997 film named after the ship, “her story is like a great novel that really happened.”

The sinking of the Titanic was also a “lifeboat ethics” scenario involving actual lifeboats. Looking back on the disaster allows people to ask themselves, “Why did this passenger or crew member do what they did? What would I have done?”

The sinking of the Titanic was a “lifeboat ethics” scenario involving actual lifeboats.

Many of us have a passing familiarity with some of the famous passengers aboard the ship, including John Jacob Astor IV, one of the richest men in the world; Isidor Straus, a co-owner of Macy’s department store, and his wife, Ida; and Benjamin Guggenheim, a businessman from the family that later founded the Guggenheim Museum in New York. But fewer have heard the story of Thomas Byles, the 42-year-old Catholic priest whose heroic actions during the sinking, some argue, should put him on a path to sainthood.

Father Byles was born in Roussel Byles in Leeds, England, the oldest son of a Protestant minister. While studying theology at Oxford, Byles decided to convert to Catholicism. He was ordained in Rome in 1902 and took the first name Thomas.

Ten years later, his brother William, who had also converted to Catholicism, asked him to officiate at his wedding in New York. So Father Byles boarded the Titanic as a second-class passenger in Southampton on April 10.

At first, Father Byles must have enjoyed a quiet and uneventful voyage. On the morning of Sunday, April 14, he celebrated Mass for Catholics in the third-class section, many of whom were leaving Ireland, Continental Europe and even the Middle East for a new life in America. His homily was reportedly about the need for a “lifeboat in the shape of religious consolation at hand in case of spiritual shipwreck.”

According to witnesses, Father Byles was out on deck praying his breviary shortly before midnight, when the ship struck an iceberg. When the captain ordered the launching of the lifeboats, Father Byles made his way to steerage, where members of his flock were trying to navigate the stairwells to the upper deck but in many cases found themselves trapped behind locked iron gates. Many did not speak English and could not understand the crew’s orders. Father Byles calmly led third-class passengers to the boat deck, where the lifeboats were.

Father Byles’ last homily was reportedly about the need for a “lifeboat in the shape of religious consolation at hand in case of spiritual shipwreck.”

“When the crash came, we were thrown from our berths,” Ellen Mary Mockler, an Irish immigrant in third class, said after the sinking. “We saw before us, coming down the passageway, with his hand uplifted, Father Byles…. ‘Be calm, my good people,' he said, and then he went about the steerage giving absolution and blessings.”

Mockler also said she overheard a crewman trying to convince Father Byles to get into a boat, but he refused.

“Father Byles could have been saved, but he would not leave,” Mockler said. “After I got in the boat, which was the last one to leave, and we were slowly going further away from the ship, I could hear distinctly the voice of the priest and the responses to his prayers.”

Father Byles’ actions set him apart from other prominent men aboard the ship, some of whom attempted to bribe their way into lifeboats. A British couple, Sir Cosmo and Lucy Lady Duff-Gordon, were said to have hogged Lifeboat No. 1 for themselves, their servants and their dogs. Meanwhile, entire families of British people in third class died. The owner of the White Star Line, Joseph Bruce Ismay, made the notorious decision to step aboard one of the last lifeboats, which was otherwise packed with third-class women and children who had escaped from steerage at the last minute. Father Byles, on the other hand, prayed the rosary with his flock and granted absolution until the very end.

“When the Titanic went to the bottom, Father Thomas B. Byles stood on the deck with Catholics, Protestants and Jews kneeling around him,” Agnes McCoy, another Irish immigrant, told the New York Telegram after the sinking, according to the website FatherByles.com. “Father Byles was saying the rosary and praying for the repose of the souls of those about to perish. To many he administered the last rites of the Church.”

The Jesuit seminarian who was on board the Titanic
Edward J. Mattimoe

Father Byles may have perished in the sinking, but like the theme song to the Titanic movie says, his heart goes on. Graham Smith, a priest who headed Father Byles’ former parish of St. Helen’s in Ongar, England, introduced the cause for beatification in 2015. Father Smith described Father Byles to the BBC as “an extraordinary man who gave his life for others.” He added, “We hope people around the world will pray to him if they are in need and, if a miracle occurs, then beatification and then canonisation can go forward.” At least two miracles must be attributed to the intercession of a candidate for sainthood.

Father Thomas Byles lived his message that some things are more important than mere self-preservation. He showed that spiritual lifeboats can offer more lasting salvation than physical ones. 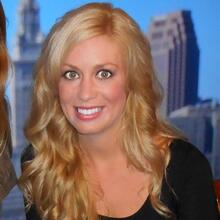 Ashley Herzog is a journalist and writer from Cleveland. She is the author of Titanic: A Ship Out of Time and Lake Erie Monsters: A Story of the Cleveland Irish.