Analysis: Pope Francis’ newest cardinals will help pick his successor. Who are they? 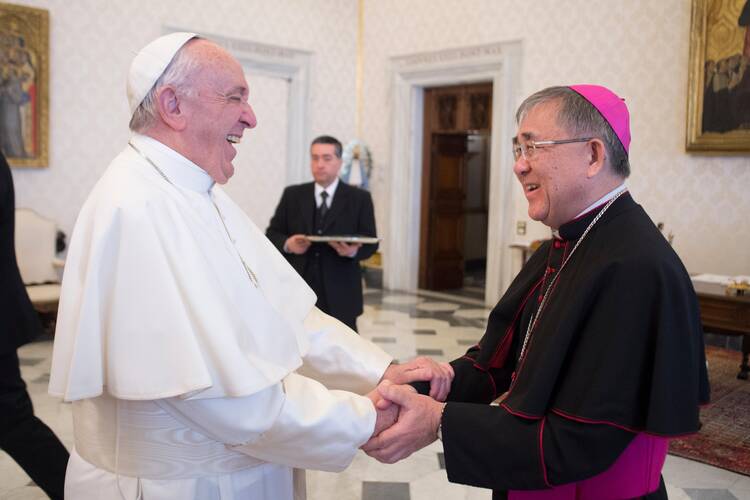 When Pope Francis holds his seventh consistory to create new cardinals on Nov. 28, he will do a bit more than increase the likelihood that his successor will not roll back his legacy. His hope is that his successor will continue promoting a missionary church that is inclusive and reaches out to people through a culture of encounter, one that builds bridges, not walls—a church committed to synodality, one that is less clerical, in which the laity, especially women, enjoy a greater role in decision-making.

Through these seven consistories, Pope Francis has set out to transform the composition of the conclave that will choose his successor. He has done so, first of all, by continuing a process started by Pope Pius XII (1939-58) to make the College of Cardinals more representative of the universal church. Thus, on Nov. 28, the college will have 223 members (presuming none have died in the meantime) from 90 countries.

On Nov. 21, 1970, Paul VI decreed that only cardinals under the age of 80 have the right to vote in a conclave. Consequently, Francis has given particular attention to the choice of the cardinal electors, conscious that one of them will almost certainly be the next pope. After the November consistory, the College of Cardinals will have a total of 128 electors from 68 different countries and from all continents—73 of them created by Francis, 39 by Pope Benedict XVI and 16 by St. John Paul II.

The primacy of the church at the peripheries has been a key theme in Francis’ selection of cardinals. He has used the cardinalate to reach communities in countries that are experiencing poverty, conflict and political tension—or that never before had a cardinal, like Myanmar, Tonga, Haiti and Burkina Faso.

The primacy of the church at the peripheries has been a key theme in Francis’ selection of cardinals. He has used the cardinalate to reach communities in countries that are experiencing poverty, conflict and political tension.

This time, for example, Pope Francis chose to elevate a bishop from Rwanda who will become that African nation’s first cardinal. Antoine Kambanda, 62, the archbishop of Kigali, lost his parents and five of his six siblings during the terrible genocide against the Tutsis in Rwanda in 1994. As bishop, he has worked hard for reconciliation in his homeland.

Pope Francis also gave the red hat to the Capuchin archbishop of Santiago, Chile: the Spanish-born Celestino Aós Braco, 75. He has worked humbly and with determination to help the church in Chile recover from sexual abuse scandals. Francis also surprised Filipinos by naming the archbishop of Capiz, José F. Advincula, 68. Located in a rural area of central Philippines, that diocese never had a cardinal before.

He sprang another surprise when he named Cardinal-elect Cornelius Sim, 69, from Brunei, the first cardinal of this small, wealthy, majority-Muslim state of some 500,000 inhabitants that does not have diplomatic relations with the Holy See. He is the apostolic vicar to the country’s tiny Catholic community of some 20,000 faithful, mainly Filipinos who work in the oil industry.

It should be noted, moreover, that Francis uses the concept of “periphery” also in reference to the peripheries within a given country, where the rights of certain sectors of the population are not fully respected or are trampled on. His choice of Wilton Gregory, 73, the archbishop of Washington and first Black cardinal in the United States, can be seen in this light, as a strong affirmation of Black Americans.

It also reflects the fact that Francis has been deeply moved by the heroic testimony of the Rev. Martin Luther King Jr. and his leadership of the civil rights movement in the United States; significantly, he referred to Dr. King in his address to Congress in September 2015. Moreover, he feels the church should be in the forefront against racism in its different forms, as he said in his message following the death of George Floyd.

The pope’s choice of Wilton Gregory, the archbishop of Washington and first Black cardinal in the United States, can be seen as a strong affirmation of Black Americans.

Throughout his seven consistories, Francis has sought to reduce the number of Europeans in the conclave, because the Catholic population has declined significantly in the old continent in recent decades. Europeans remained the majority bloc of electors in the last three conclaves, but this will not be the case in the next one. They counted for 60 electors out of 115 in the 2013 conclave, but after the November consistory they will total only 52 out of 128 electors.

During his pontificate, Francis has also sought to reduce the number of Italian electors; they have always been the largest group in all the conclaves of the 20th and 21st centuries and still are, even after the seventh consistory, though their bloc has been diminished. There were 28 Italians in the 2013 conclave that elected Francis, but on Nov. 28 there will be 22.

The pope achieved the reduction of Italian electors in two ways. First, by breaking with the tradition that those appointed to certain sees in Italy (and also in other countries) automatically got a red hat. The tradition had become consolidated in Italy after the signing of the Lateran Treaty in 1929 (which restored to the Holy See total freedom in nominating bishops in Italy) and so, in addition to the pope’s vicar for the diocese of Rome, the bishops of eight other Italian dioceses were destined to receive the red hat—Turin, Milan, Venice, Genoa, Bologna, Florence, Naples and Palermo.

But Francis bypassed such traditional sees as Venice and Turin and instead named cardinals to bishoprics in Agrigento, Perugia, Rome (the pope’s vicar for the diocese), L’Aquila, Bologna and Siena (which last had a cardinal in 1823).

At the same time, he surprised everyone in Rome by naming six Italians to become cardinals in November. Three are over the voting age of 80; the other three will be electors: Marcello Semeraro, 73, the former secretary of the Council of Cardinals whom he recently appointed as prefect of the Congregation for the Causes of Saints; Augusto Paolo Lojudice, 56, archbishop of Siena and former auxiliary bishop of Rome who is known for his work with the poor and outcasts; and Mauro Gambetti, 55, a Conventual Franciscan and custodian of the Sacred Convent of Assisi.

Throughout his pontificate, Pope Francis has emphasized the importance of synodality in the church and the role of the Synod of Bishops.

Over the years, Pope Francis has increased the number of electors from Africa, Asia, Latin America and Oceania. After the November consistory, Africa will have 18 electors, Asia 15 and Latin America, including Mexico and Central America, 24. Oceania, including Australia, New Zealand, Papua New Guinea and Tonga, will have four.

Pope Francis has also sought to reduce the number of cardinals from the Roman Curia in the next conclave. At the 2013 conclave they counted for 40 out of the 115 electors; after the November consistory, they will count for 29 out of 128.

Throughout his pontificate, Francis has emphasized the importance of synodality in the church and the role of the Synod of Bishops. He has already chosen the theme for the next synod, scheduled for October 2022—“For a Synodal Church: Communion, Participation and Mission.” It was highly significant that he placed Cardinal-elect Mario Grech, the Maltese-born secretary general of the synod, at the top of his list of cardinals.

It is also worthy of note that the number of members of institutes of consecrated life or societies of apostolic life who are cardinal electors has increased during Francis’ pontificate. A total of 18 participated in the 2013 conclave, but after the November consistory, there will be 29 among the 128 electors.

The changes brought about by Francis in terms of electors is most clearly seen when one compares the number and geographical distribution of electors at the 2013 conclave to the count that will prevail after the November consistory.

In making his choices, Pope Francis has sought prayerful and humble men, deeply committed to Jesus, not career seekers or those with princely demeanor.

A total of 115 electors from 48 countries participated in the 2013 conclave that elected the first Latin American and the first Jesuit pope—60 were European, 28 of those were Italian; 19 were Latin American, including Mexico and Central America; 14 were North American, including 11 from the United States and three from Canada; 11 were African; 10 were Asian; and one elector was from Oceania.

By comparison, if a conclave were to be held soon after the November consistory, the number of electors would be 128. Of these 52 would be European, including 22 Italians; 18 would be African; 15 would be Asian; 24 would be from Latin America; 13 would be North Americans,nine from the United States and four from Canada; and four would be from Oceania.

Those numbers, of course, are subject to change over time as cardinal electors turn 80 or pass away. They could change even more significantly if Francis, who is in good health, were to hold other consistories, say at the end of 2021 or in 2022. It is entirely possible that he may not yet have created the cardinal who will be the next pope.

Archbishop Tomasi has led the Vatican’s fight against nuclear weapons. Pope Francis is making him a Cardinal.
Drew Christiansen

While the numbers are significant, the most important factor, in my view, is the profile of the men to whom Pope Francis has given the red hat. In making his choices, he has sought prayerful and humble men, deeply committed to Jesus, not career seekers or those with princely demeanor.

He has opted for men with a missionary spirit, who reach out to people and listen, men “with the smell of the sheep” who are merciful, not judgmental. He has sought men committed to the culture of encounter, not confrontational types.

He has selected men of a simple lifestyle, with love for the poor, men who care for the migrants, the outcast and the exploited, and who have the courage to take prophetic stances on their behalf when necessary. He has chosen men filled with hope, not prophets of doom.

In choosing cardinal electors with such a profile, Pope Francis is looking to the future.