Podcast: Pete Holmes needed his life to fall apart to lose God (and find him again) 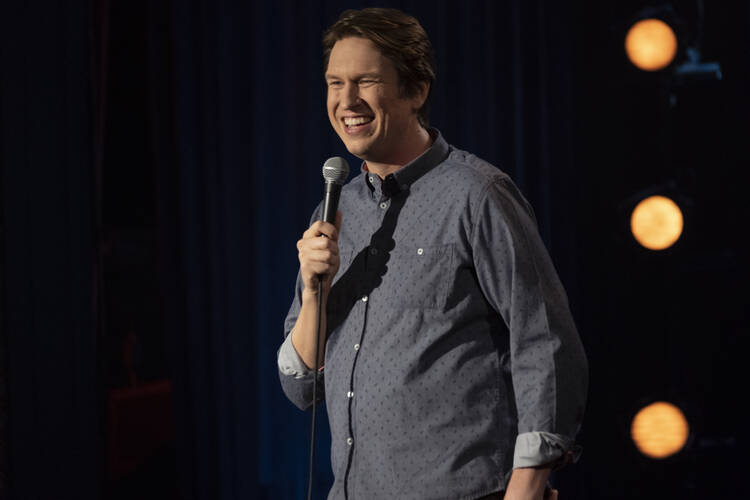 Pete Holmes played the game. He followed the rules. He went to church, attended a Christian college and saved himself for marriage. He was ready for God to hold up his end of the deal and deliver happiness and success.

Then his wife (the one he saved himself for) had an affair. Pete’s life started to spiral, sending him on a spiritual journey through atheism, agnosticism, drugs, to what he now calls “Christ-leaning spiritual seeker.” Pete is also the host of the podcast, “You Made It Weird,” where he talks to celebrities and spiritual masters about life’s big questions, and recently wrote a two-part episode of “The Simpsons,” “Warrin’ Priests.”

We talk to Pete about his journey, detailed in his memoir Comedy Sex God, his interest in Father Richard Rohr and make a not-so-subtle case for the Jesuits to him.

(The conversation went long, so no Signs of the Times or Consolations or Desolations this week.)