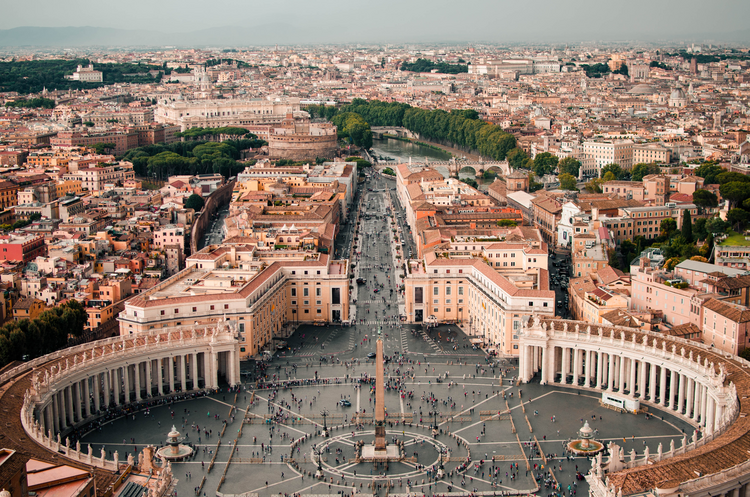 (Photo by Caleb Miller on Unsplash)

Should you care about what’s going on at the Vatican? It seems clear that you should pray for the pope and for the people making important decisions about the church’s governance, but should you follow the updates about hirings and firings, exhortations and motu proprios?

Colleen Dulle, host of America’s podcast “Inside the Vatican,” will tell you why paying attention to the Vatican regularly could become a spiritual practice and put the headlines you see about the church in context.

In Signs of the Times, we look back at Pope Francis’ trip to Morocco (his third visit to a Muslim-majority nation since his trip to Egypt in 2017), ask why were there Catholic priests burning Harry Potter books in Poland and give our initial thoughts and reflections on Pope Francis’ new apostolic exhortation on young people and the church, “Christ Lives.” Oh, and we wade into the Legging Wars underway at the University of Notre Dame.

You may have heard, we’re celebrating our 100th episode this month with a live event featuring James Martin, S.J., and Kirsten Powers. You can buy tickets here. If cost is a prohibitive factor, we have complimentary tickets available thanks to a generous sponsorship from the Catholic Travel Centre. Just send me an email if you’d like one.

Not much. Lent is feeling extra long.

Correction (May 1, 2019): This podcast and an earlier version of this write up incorrectly stated the number of papal trips Pope Francis has taken to Muslim-majority nations. His apostolic journey to Morocco was his third since his trip to Egypt in 2017, not his third overall.

No, not in the least. Christianity is about Christ and faith in Christ - the poliitical shenanigans of out-of-touch clergy have nothing to do with the contents or the priorities of the New Testament. Catholicism since V2 has become ever more obsessively and relentlessly Pope-centred - faith in Christ is Christ-centred. The obsession with Vatican politics turns faith in Christ into another tedious, faith-destroying, utterly depressing form of politics, centred on human folly and human vanity and human ambition. That is a worldly attitude, something utterly opposed to Christian faith and hope and love.

Vatican needs our prayers. We need to pray for the well being of Vatican and all those residing in the city.

Paying attention to the Vatican takes the same tolerance and discernment that we need locally. The Church has been through hard times often in its 2000+ years. Perhaps this is one of the "scourging" moments needed to clean up its deficiencies and bring penance and a firm purpose of amendment. Pope Francis has been called to do this; he is the man for the job.