Catholic feminism is not an oxymoron 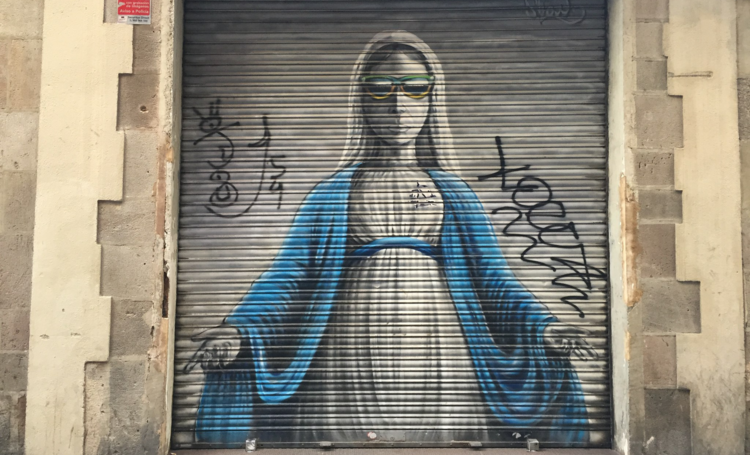 What does it mean to be a feminist? I wasn’t raised one—I barely even understood what the word meant growing up. It wasn’t until my 20s that I began to fully engage with feminist ideas and literature, from Betty Friedan to bell hooks to Chimamanda Ngozi Adichie. For me, feminism is intersectional, incorporating various aspects of my identity: being a woman of color, an immigrant, a writer, and a person of faith.

This week, in a women’s only episode—Zac is on a much deserved vacation—Ashley and I discuss our personal relationships with the feminist label, Catholicism and more with this week’s guest, Claire Swinarski. A former FOCUS missionary, Claire is the host of “The Catholic Feminist Podcast.”

And, in Signs of the Times, Pope Francis reaches 40 million followers on Twitter. U2’s Bono (mistakenly?) takes the Eucharist after a concert in Colombia. Does inviting someone to speak at your university explicitly mean you support everything they stand for? We analyze this question by looking at Nick Cannon’s performance at Georgian Court University in New Jersey and Charles Koch’s lecture at Catholic University.

And finally, in some nun news, a new reality television series invites women to swap the club for the convent; and “Nundos,” a nun-run pop-up restaurant, invites millennials in for free food—but you’ve got to leave your phone at the door.

The Kevin Ahern, which contains mint, 1 ounce St. Germain, 2 ounces of bourbon, 3 dashes of bitters (for trinity) and a squeeze of some lemon for the bitterness of sin mix with ice. Kevin invented this drink in honor of the church in Paris called St Germain Des Pres.