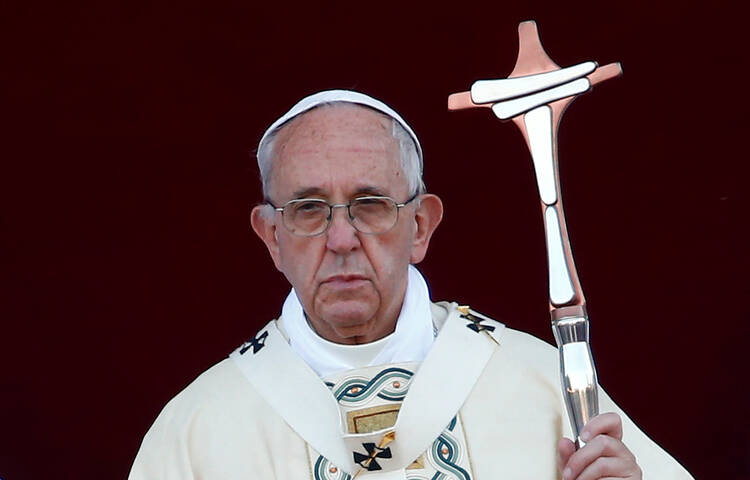 Pope Francis has appointed an Italian biblical scholar, Monsignor Giacomo Morandi, 51, as secretary of the Congregation for the Doctrine of the Faith and made him archbishop. The Vatican made this announcement today, July 18.

In less than three weeks, Pope Francis has reshuffled the top leadership of the C.D.F. by not renewing the mandate of Cardinal Gerhard Müller (which expired on July 2) and by promoting the number two and number three officials up one position, thereby ensuring that the C.D.F.’s most senior officials are now rowing with him.

In less than three weeks, Pope Francis has reshuffled the top leadership of the C.D.F.

At the time of his appointment, Archbishop Morandi was undersecretary of the C.D.F., a position to which Francis had assigned him on Oct. 22, 2015.

Born in Modena, on Aug. 24, 1965, he earned a bachelor’s degree in theology at the interdiocesan theological center in Italy’s Emilia-Romagna region. He was ordained a priest for the Archdiocese of Modena-Nonantola in 1990.

He subsequently taught sacred Scripture at the interdiocesan theological center, was a professor of the same subject at the Higher Institute of Religious Sciences at Modena and held other academic posts.

Apart from his academic studies, Archbishop Morandi has considerable pastoral experience. He served in a parish in Modena-Nonantola (1993-96), was director of the diocesan biblical service (1996-2012) and was episcopal vicar for catechesis, evangelization and culture (2005-10).

He was appointed vicar-general for the archdiocese in 2010, a post he held until Pope Francis called him to Rome to work at the C.D.F. in 2015 as undersecretary, the number three position in the congregation.

For more than 20 months, he worked closely with Archbishop Luis Ladaria Ferrer, S.J., then the secretary of the C.D.F., and developed a good working relationship with him. On July 1, the pope appointed Archbishop Ladaria to succeed Cardinal Müller as prefect of the C.D.F.—the first Jesuit ever to hold that position in the oldest congregation of the Roman Curia, which was founded in 1542 and today has a staff of 47 people.

Its “proper duty,” as most recently defined by Pope John Paul II in “Pastor Bonus”—the constitution of the Roman Curia promulgated in 1988—is “to promote and safeguard the doctrine on the faith and morals throughout the Catholic world: for this reason, everything which in any way touches such matter falls within its competence.”

It seems clear from today’s appointment that Archbishop Ladaria, who held the post of secretary from 2008 until now, wanted to continue the good working relationship with Msgr. Morandi that they had developed since October 2015, and today the pope named the Italian prelate to succeed him in this important position.

The Pope, as any leader, should beware of appointing only those who agree with him.
Power blinds us all.

1
The spiritual discipline of missing out on things
Jim McDermott
2
It isn’t just the priest’s fault: Six tips for lay people for a better homily experience
Terrance Klein
3
On abortion, a lasting political compromise might be impossible
Robert David Sullivan
4
The little-known saint behind Pope Francis’ approach to the development of doctrine
Carol Glatz - Catholic News Service
5
Cardinal Czerny celebrates Mass at Auschwitz in memory of St. Edith Stein and his own grandmother
Gerard O’Connell