In ‘Broken Silence,’ a composer brings a note of hope to the church’s sex abuse crisis 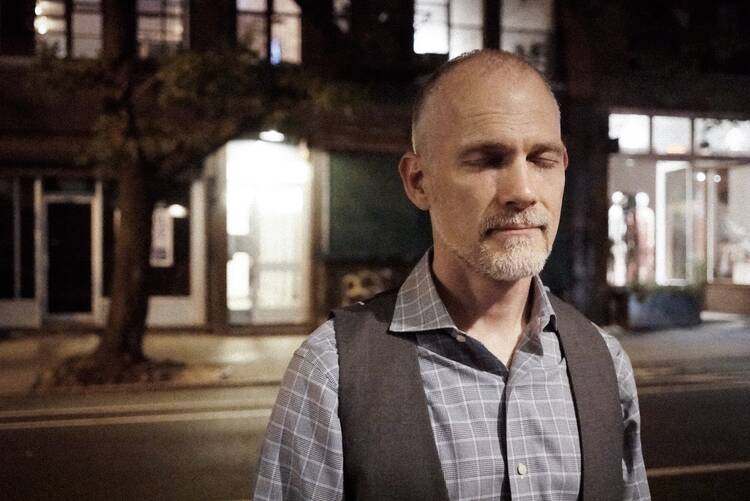 Craig Shepard and I have something in common: We have been laboring with the sexual abuse crisis in the Catholic Church and have made it the focal point of our creative work. Craig since 2014, me since 2018. He’s a composer, I’m a podcast producer. I first heard about Mr. Shepard’s musical meditation “Broken Silence” in the oppressive heat of August, but now, on a cold, dark and blustery afternoon in December, we finally meet in a coffee shop in Brooklyn to discuss this project, five years in the making.

“Broken Silence” is a 75-minute musical contemplation that “support[s] listeners to engage with text drawn from court testimony connected with the ongoing scandal in the Catholic Church.” More specifically, the steel-string acoustic guitar and saxophone ensemble is composed around Margaret Gallant’s 1982 letter to Cardinal Humberto Medeiros.

“Broken Silence” is a 75-minute musical contemplation on a infamous letter directed at Catholic leaders in Boston for failing to take action against Father John Geoghan.

In that four-page, handwritten letter, we hear Ms. Gallant reprimanding the cardinal for failing to take action against Father John Geoghan, the priest who molested seven boys in Ms. Gallant’s extended family and, as The Boston Globe’s Spotlight team later uncovered, 150 children in total.

The letter is galvanizing; I remember it well from my own research. Ms. Gallant writes as a devout Catholic, struggling to balance her love for the church with the personal agony her family has experienced and an obligation to protect other children. Even of the molesting priest himself, she writes: “Truly, my heart aches for him and I pray for him, because I know this must tear him apart too; but I cannot allow my compassion for him to cloud my judgment on acting for the people of God, and the children in the church.”

The sense of betrayal, anger and heartbreak in this letter is palpable. And the problems Ms. Gallant underscores remain with us today: the damage of remaining silent, the failure of some church leadership to take clear and decisive action, the persistence of clericalism and the need for co-responsibility in the church.

Mr. Shepard presents the letter as a sacred text for us to contemplate: “The text on its own is gorgeous. I think it’s an inspired text.”

Ms. Gallant’s letter has been used in investigative reporting and court testimonies, but it is also written with the moral force of St. Catherine of Siena or St. Thomas More, rebuking those in power for “sitting on their fannies” and admonishing them to protect the Mystical Body of Christ.

Now Mr. Shepard presents the letter as a sacred text for us to contemplate: “The text on its own is gorgeous. I think it’s an inspired text.”

Craig Shepard is no stranger to sacred texts. While studying at Northwestern University, he was required to do a composition in Renaissance counterpoint and sacred songs. So halfway through my chai latte, I interrupt Mr. Shepherd for a quick lesson in music theory. He explains counterpoint patiently, over an Ariana Grande song playing loudly in the cafe:

“If you think of old-time Catholic Masses, which are sung with multiple voices, counterpoint just means there’s more than one melody going on at the same time.”

The letter is read at a slow, contemplative pace by Mr. Shepard and accompanied by five musicians gathered in a circle.

At first, Mr. Shepard really disliked the idea of training with Renaissance choral music because it meant trying to create within someone else’s rules. But by his own admission, those rules also produce “some of the most beautiful examples of music anywhere.” And if you give the works of Palestrina a listen, you will realize you have heard counterpoint, and it can be an utterly transcendent experience.

Through his study of Renaissance music, Mr. Shepard became well-versed in sacred texts. Most of the literature came directly from Scripture, but some came from medieval mystics like Hildegard of Bingen. Now he is adding Margaret Gallant’s letter to this list of sacred texts for contemplation.

The letter is read at a slow, contemplative pace by Mr. Shepard and accompanied by five musicians gathered in a circle: Erin Rogers (tenor saxophone), Kristen McKeon (alto saxophone) and Dan Joseph, Dev Ray and Alex Lahoski (EBow steel string guitars). The music is sparse, swelling in and out to support the words spoken. A single tone is introduced and passed between the musicians; then, like counterpoint, different tones come together to create a striking resonance.

And yet, for all its musical beauty, you might ask, why would anyone want to sit and contemplate such a painful letter? It is a question not unlike the one I heard when making Deliver Us—why produce a 12-episode, deep-dive podcast on this agonizing subject?

For all its musical beauty, you might ask, why would anyone want to sit and contemplate such a painful letter?

“You first have to hear what happened before you can move through it,” Mr. Shepard explains. This is true not only for the Catholic church, but any government or institution that has had to reckon with a history of violence and corruption. And it is true for each of us. We cannot move through this crisis without first hearing what happened.

The second great insight Mr. Shepard shared was that, “When we come together, we can do what none of us can do on our own.” He means this both in a mystical and a scientific way. In the spiritual sense, he turns to the Gospel of Matthew: “Where two or three are gathered in my name, I am there among them” (Mt 18:20). In this concentrated gathering of hearts and minds, which holds space for the anguish of Margaret Gallant’s words, something more becomes possible.

The other way Mr. Shepard looks at what’s happening is through the lens of somatic experience therapy (S.E.). Once more, I ask him for a quick tutorial.

“Somatic experiencing therapy is a modality founded by Dr. Peter Levine. And it’s effective for all forms of trauma. He has this idea that trauma is not in the event, it’s in the nervous system, and that each nervous system has the capacity to heal.”

In short, when forces are too great (like car accidents or military combat) or when the nervous system isn’t fully developed (as with children who suffer abuse), “the body gets stuck and unable to complete the natural response to trauma and come back to normal functioning.” With the help of a trained somatic experience practitioner, a person can fully process or “complete the trauma,” and then symptoms like anxiety, depression or P.T.S.D. will often go away.

Mr. Shepard makes it clear that “Broken Silence” is not therapy. However, after three years of S.E. training, he says it has informed the musical composition.

“Broken Silence” is more than a concert. It is a musical meditation that plunges straight to the heart of our collective trauma.

Let’s take the concert space itself. The musicians, all of whom are highly trained on their instruments and have some kind of spiritual practice, are seated in a circle at the center. The audience surrounds this circle, and throughout the audience are people who have already meditated on this letter several times before and have developed a capacity to sit with it. They arrive a half-hour before doors open to “warm the room.” The practice is borrowed from Quaker worship, but is also supported by the idea of resonance developed in somatic experiencing. Resonance is the concept that our nervous systems can start to sync with those around us. So add 10 nervous systems in the room that have already spent time sitting with the material, and you have created a different environment within which to hear this letter.

As for Mr. Shepard, he is conducting more than words and music. He is constantly scanning the room, noticing how audience members are responding and adapting the speed of the music to better support what is happening around him.

It is clear to me that “Broken Silence” is more than a concert. It is a musical meditation on an inspired text that plunges straight to the heart of our collective trauma and increases our own capacity to move through it.

At the end of our two-and-half hour conversation, with coffee and chai long finished, Craig Shepard and I have spanned what feels like centuries of conversation. We have covered everything from Renaissance counterpoint to somatic experience, and how both can breathe new life into a traumatized church.

"Deliver Us" helps us find a way forward
America Video

He doesn’t need to sell me on the value of contemplating hard things. In fact, just sitting here talking about our shared struggle with the abuse crisis, I am comforted. Not because everything is solved, but because I can begin to see pathways to healing, where before there was only darkness. Taking on any social ill alone is demoralizing, and made worse by our frequently solitary consumption of media. We are plagued by sound bites, disrupted by notifications and tormented by the despair that comes when we fail to solve complex problems overnight. None of this is good for us, or the least bit constructive.

But here is something Craig Shepard and I have figured out: When we disengage, or attempt to silence our trauma, it only becomes worse. Whereas when we carve out time and space to contemplate our pain and confront our demons in community with others, we emerge with an enduring sense of hope.

It’s just like Mr. Shepard says: “When we come together, we can do what none of us can do on our own.” So for anyone struggling with this crisis, inside or outside the church, I would recommend “Broken Silence.” It debuts in New York City for three nights, Jan. 6-8. There is no charge for admission; however, seating is limited, so R.S.V.P. here.

Correction, Jan. 13: One of the instruments featured in this performance is an “EBow steel string guitar,” not an “elbow steel string acoustic guitar.” 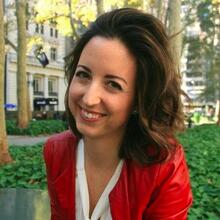 Maggi Van Dorn is the creator and executive producer of “Deliver Us.”

@MaggiVanDorn
Show Comments ()
Join the conversation: Login or create an account
Before you can comment, you need to update your profile to include your first and last name, as required in our comments policy. Then reload this page and you'll be set up for commenting. Update your profile
Show Comments ()
Comments are automatically closed two weeks after an article's initial publication. See our comments policy for more.