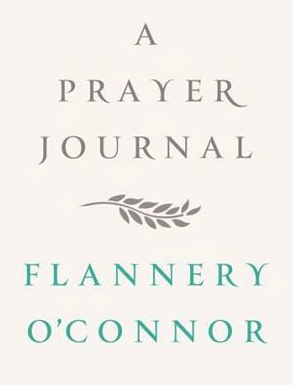 Augustine’s Confessions is the story of a soul. It is the account of a soul that once had a rigid, fairly intelligible story for itself. For some thirty years, Augustine told the same story of his soul—to himself, to others—until that story was torn up and reconstituted in his conversion. After Augustine’s conversion, his soul’s story became that of the Prodigal Son. The story was given to him, and he realized its truth. He began to make sense of his life in the light of his soul’s reconciliation with God. He was suddenly aware of how God’s grace worked throughout his life.

The Prayer Journal consists of several entries made in a standard issue, marble-covered notebook between January 1946 and September 1947. Flannery, 21 years old, had just started at the Writers’ Workshop at Iowa University. She was reading widely—Kafka, Mauriac, Bloy—and trying to produce writing that was more than mediocre.

Most of the commentators and reviewers who have offered their thoughts on Flannery’s Prayer Journal marvel at what Flannery reveals of herself. They speak of her constant mention of desire—she writes that she wants to feel desire and love for God. She prays directly for artistic success. She prays for the ability to grasp God in such a way that would enable her to answer the questions about her faith that roil in her. She prays poignantly to become “intelligently holy.” She senses that God is feeding her, but she prays that she might somehow develop an appetite for God. She demands mystical experience. In fact, she demands any experience that might serve to ground her faith in God.

The reviewers note how extraordinary the journal is in light of Flannery’s subsequent literary success and the faith that permeated her stories and novels. It is all quite remarkable.

Beyond what the reviewers marvel at, I think the person of faith has two reactions to Flannery’s writing. The first is the recognition of his or her own self in Flannery’s writing. There is instant simpatico. All of it seems to make sense, though her writing and experience remains brittle and incomplete. The second reaction is much more subtle. It is the recognition that God is working in a remarkable 21 or 22 year-old woman in ways that will bear much fruit in the future. The journal is a snapshot in the formation of a formidable soul, and it is God who is doing the forming. Flannery yearns for grace, and God is granting it by the boatload. This should be a source of great consolation for those of us who share the type of yearning expressed in the journal. God is forming the stories of our souls. Some day we will be able to articulate that story in full.

I urge you to get your hands on a copy of this book. It is beautiful. It has an odd, slender shape, and it has much space on which to write. It also contains a facsimile of the original journal.

Kevin Spinale, S.J., a student of theology at the Boston College School of Theology and Ministry, is the moderator of the Catholic Book Club.