I started working as an Afghan interpreter for the U.S. military at 16. My family still isn’t safe from the Taliban. 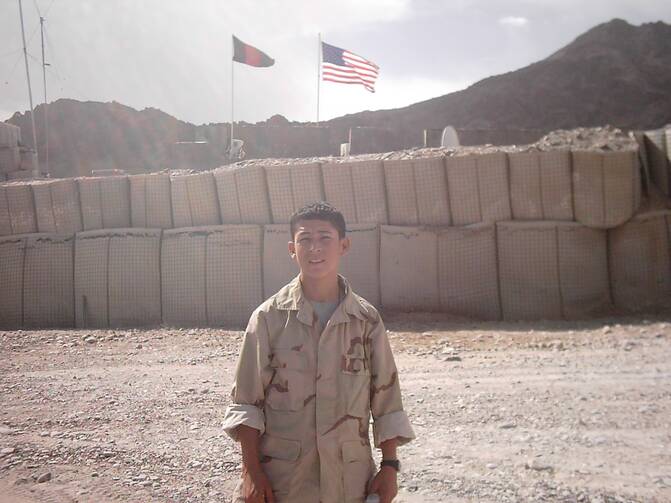 Hussain Kazimi as a teenager, working as an interpreter for the U.S. military in Afghanistan (photo courtesy of the author)

I was 16 years old when I applied for a job to work as an interpreter with the United States military. The American military officer who interviewed me said I would be replacing another interpreter who had been killed in action, and I was warned about the great risks I would face.

They had many questions for me: “Do you have your mother’s consent to work with us?” “Can you carry 20-pound body armor and a rucksack?” “Have you ever been in a firefight before?” I thought they may have been trying to intimidate me, but eventually I experienced almost every situation that I was warned about.

The American military officer who interviewed me said I would be replacing another interpreter who had been killed in action.

It has been one year since U.S. forces withdrew from Afghanistan. I now live in the United States and face a different kind of fear, not for my personal safety but for the family members I left behind. Though the families of former interpreters for the U.S. military are being targeted by the Taliban, there is still no established pathway for bringing them to the United States on a permanent basis.

A week after I was hired as an interpreter, I was sent to a remote U.S. military base in the Zabul Province in southern Afghanistan. Zabul was one of the most dangerous areas in the country, with a constant flow of insurgent fighters moving on their way to other southern and eastern provinces. I was assigned to a U.S. infantry platoon, accompanying them on missions almost every day where we would face enemy fire and ambushes. This became my new “normal life.” We interpreters were a critical link between rural Afghans and the U.S.-allied government in Kabul, and we needed to maintain a strong knowledge of social, cultural and political issues, as well as military operations.

Would the Taliban spare me because I was only 16 years old?

The first time I left the military base for a short trip to visit my family in my home province, Ghazni, the only thing that kept my anxiety down was the hope that my young appearance would make it difficult for the Taliban—which often set up illegal checkpoints on main roads in that area— to believe that I was an interpreter for the Americans. But what if they questioned me, and what if they discovered the truth? Would the Taliban spare me because I was only 16 years old?

After several years with American military units, I no longer looked like a child. My experience had changed me. I struggled to maintain a low profile when visiting family.

The Taliban had placed bounties on the heads of interpreters like me, but they also targeted our relatives. I received threats of physical harm and death and even survived an attempted kidnapping before my Special Immigrant Visa (SIV) application was finally approved by the U.S. State Department in 2014, five years after I first applied. (The S.I.V. program was created for Afghan and Iraqi nationals who worked as interpreters and translators for the U.S. military and lived under the constant threat of violence and death.) I had the freedom to flee my homeland and find refuge in the United States.

The Taliban had placed bounties on the heads of interpreters like me, but they also targeted our relatives.

Now I sometimes wonder: Had I been too young to anticipate the real and life-threatening consequences of accepting the role as an interpreter for U.S. forces? If I knew the Taliban would take over Afghanistan again, would I still have worked for the Americans? Perhaps the excitement of starting a new career—or the anxiety from sleeping in a dead interpreter’s cot—never allowed me to think about such things.

I face even more challenging questions as I live in comfort and safety in the United States while my loved ones are still in danger in Afghanistan. How can I leave behind my mother, a member of the Hazara ethnic and religious minority who have long been targeted for violence by the Taliban? How can I leave my teenage sister behind in a country where women face such oppression?

How can I leave my teenage sister behind in a country where women face such oppression?

As U.S. and NATO forces withdrew from Afghanistan in 2021, the Taliban promised a “general amnesty” for those who worked with the Americans and with the American-backed government, but hundreds of the former opponents of the Taliban have since this commitment been killed or “disappeared.” Now that the Taliban is stronger and better equipped than ever, what will happen to the thousands of family members of those, like myself, who went on special operations with the U.S. military?

Thousands of Afghans have applied for humanitarian parole, a process that allows individuals to request entry into the United States based on urgent humanitarian or significant public benefit. But humanitarian parole is only a temporary status, typically lasting for two years. If individuals are lucky enough to get it, they must still apply for asylum or permanent resident status in order to stay beyond the parole period. (The Afghan Adjustment Act recently introduced in Congress would make it easier for humanitarian parole recipients to become citizens, but its passage is uncertain.)

And even getting humanitarian parole can be a lengthy process. I have had two applications for family members pending with U.S. Citizenship and Immigration Services since last November. I have appealed to both U.S.C.I.S. and members of Congress to help expedite the applications, but so far I have not received any helpful response. 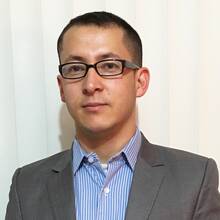 Hussain Kazimi served the U.S. military as an interpreter and translator for 10 years in Afghanistan and is currently studying for a degree in business administration at George Mason University in Virginia.