‘Our ecological crisis is fundamentally a moral one’: Catholic Climate Covenant’s new executive director hopes to inspire care for creation 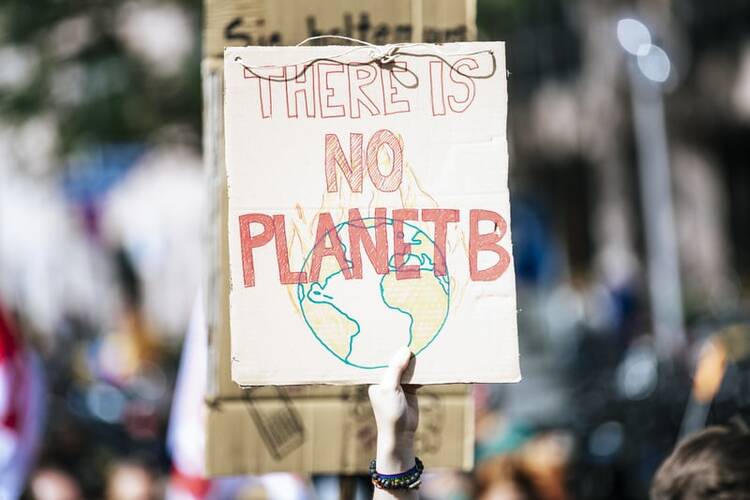 Pope Francis is not in attendance at the United Nations’ COP26 conference this week, but according to the new executive director of the Catholic Climate Covenant, Jose Aguto, the church will play an important part at the gathering. Our role as Catholics, said Mr. Aguto, “is to elevate the moral call to address the climate crisis beyond politics and economics.”

And even if political and economic interests may “frustrate these ambitions” in Glasgow, he still believes countries can unite “with concerted commitment and compassion” for those most impacted by climate change.

His hopes for COP26 closely mirror his aspirations in his new role at the Catholic Climate Covenant, a national organization seeking to animate care for creation within the U.S. Catholic Church. The covenant works with national partners—including religious orders, Catholic Relief Services, Catholic Charities USA, the U.S. Catholic Conference of Bishops and others—to help orchestrate a practical, church-based response to the climate crisis, which is a continuing threat to creation and the world’s most vulnerable people.

Mr. Aguto’s hopes for COP26 closely mirror his aspirations in his new role at the Catholic Climate Covenant, a national organization seeking to animate care for creation within the U.S. Catholic Church.

“I feel blessed to be in this work,” Mr. Aguto said. “I see and feel [and] read about the tragedies going on endlessly and it grieves me that we...have failed to account for our responsibility to honor and respect that which God freely gives to us.”

The covenant was sponsored by the U.S.C.C.B. in 2006 in response to their 2001 statement, “Global Climate Change: A Plea for Dialogue, Prudence, and the Common Good.” The group recently experienced a change in leadership, with its previous executive director Dan Misleh moving on to the role of founder.

Mr. Aguto brings 12 years of experience working on ecological issues to his new position, as a lobbyist for other faith groups to work as a senior policy advisor with the U.S. Environmental Protection Agency’s American Indian Environmental Office. He brings a deep concern for the next generation into his advocacy work. He described the particular difficulty of seeing his college-age children and their peers struggle with the question of bringing children of their own into a world facing the hazards of a climate crisis, a question perhaps unique to their generation.

The covenant is beginning a young adult mobilization program, a project Mr. Aguto is particularly excited about, “recognizing that there are many young Catholics who are concerned about climate, the climate crisis and environmental degradation” and want to respond from the perspective of their Catholic faith.

The organization is also launching a targeted outreach to the Latino/Latina community to “engage authentically with the communities most affected by climate change and environmental injustice.”

Other initiatives the Catholic Climate Covenant will focus on under Mr. Aguto’s direction include Catholic Energies, a program to install solar panels in parishes to both increase sustainability and decrease churches’ electric bills. The organization is also launching a targeted outreach to the Latino/Latina community. Mr. Aguto says this outreach is “paramount” to “engage authentically with the communities most affected by climate change and environmental injustice.” Marginalized communities are likely to bear the greatest brunt of the climate crisis.

The covenant has been invited by the U.S.C.C.B.’s Subcommittee of Hispanic/Latino Affairs to join its fifth Encuentro, a two-year process of consultation, leadership development and discernment around ministry to Hispanic and Latino Catholics. Going forward, the covenant hopes to secure funding for a full-time staff member to assist with Spanish-language materials and culturally relevant content creation.

But the organization’s biggest plan for the future is the Laudato Si’ Action Plan, which the Vatican has asked it to spearhead for the church in the United States. According to its website, the initiative is “a unique collaboration between the Vatican, an international coalition of Catholic organizations, and ‘all men and women of good will.’”

The Laudato Si’ initiative will provide planning, guidance and support to parishes, schools, institutions and families to practically integrate climate action into their daily lives. The program launches on Nov. 14, and Mr. Aguto hopes it will help implement the aim of “Laudato Si’” among U.S. Catholics “from eco-spiritual conversion to sustainable living to advocacy to community engagement.”

One way the covenant seeks to unite the church around the issue is through its Climate Action Letter for Catholic Institutions, expressing a call from Catholic institutions to dramatically reduce greenhouse gas emissions to avoid the worst effects of climate change. The letter was presented to President Biden and to Congress on Oct. 27 with approximately 200 endorsements from U.S. Catholic partners and institutions, ranging from religious orders to universities to archdioceses. The covenant hopes that this expression of national solidarity will prove persuasive to members of Congress and America’s Catholic president.

In his tenure as new executive director of the Catholic Climate Covenant, Mr. Aguto hopes to continue to inspire other Catholics to be better stewards of the earth and to care for it and its most vulnerable people for generations to come.